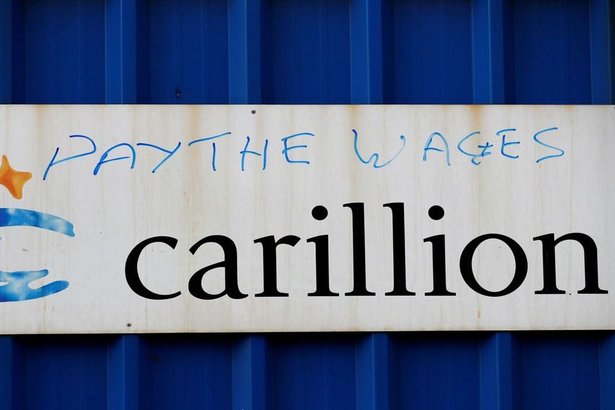 Outsourcing and privatisation died at 15:18 on Wednesday 4 November 2020. Or thereabouts.

That was of course a misquotation of the great architectural critic Charles Jencks who passed judgement on the failures of inhuman, modernist buildings. It was also when the Guardian published the news that Randox, the company involved in a testing failure during the summer has just been handed another government contract worth £347m. Though it could perfectly well refer to the bankruptcy of Carillion on 15 January 2018.

It is strange when you think about it, but the more they have held on to life, the more that privatised utilities and outsourcers have become a byword for incompetence – rather as, once upon a time, it used to be with nationalised industries.

Ironically, this is both for similar reasons – both were far too big to be responsive.

In our new pamphlet, The End of Privatisation, we tell the strange story of privatisation, from its beginnings with Peter Drucker and Keith Joseph in the 1970s and the triumphant sell-off of British Telecom in 1984 – and the ideas at the heart of it: more entrepreneurial efficiency, less cost.

Nearly four decades have passed since then and those promised have turned to dust, and for similar reasons: most of the outsourcers are too big to operate effectively.

As Drucker wrote himself: “The most entrepreneurial, innovative people behave like the worst time-serving bureaucrat or power-hungry politician six months after they have taken over the management of a public service institution,” he wrote. And so it proved.

Even the outsourcers add another layer of costs during an unaffordable austerity years and their only expertise turns out to be provide the KPI and target data that ministers crave, and which only they believe.

They represent rule by tickbox – which, as we know – tends to spray costs elsewhere in the system by narrowing the definitions of success to what they can easily achieve.

That explains why this final hurrah of outsourcing to government friends during the Covid19 pandemic has put the final nail in the coffin of what was once a big idea.

So why does the body of privatised outsourcing still twitch? There is no practical or intellectual justification left for it. The only explanation is that this is all that ministers and officials in the Johnson administration – never the most thoughtful of people – know about. And possibly the only people they know remain the only remaining advocates of tickbox in the whole wide world.

So farewell then to outsourcing corporations Kier Group, Serco, G4S and all the others, as E. J. Thribb used to say in the days when privatisation seemed like a pretty neat idea. It was a fine affair, but now it’s over – or it soon will be.

Read our pamphlet as print on demand here, on kindle here and epub here, or free as a pdf here:

One thought on “Bye-bye Kier Group, and Serco, G4S etc…”