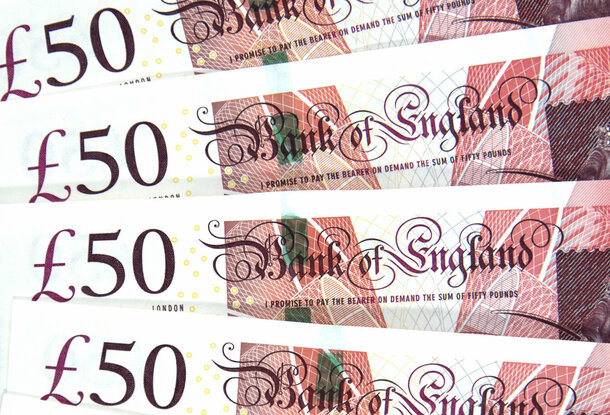 Lindsay Mackie, Andrew Simms and David Boyle argue that the UK test and trace debacle shows why capitalism – critics of which are now banned from school educational materials – isn’t working

The testing crisis in which we are now engulfed could easily – like the second pandemic spike – have been avoided. It is a crisis of capitalism – the deadly destination of the 30 year long war on the public good waged by the profit motive. Worse still, government guidance seeking to ban materials in schools from organisations seeking a different, more sustainable economy, suggests a system grimly determined not to learn from its mistakes. It leads us to this place. Let the supremacy of cash, of the money motive, of the sanctity of accumulation, triumph – which it has – and this is where societies end up. With worse to come unless we stop it now.

In brief, the UK government has chosen to outsource the vast majority of its public health responsibilities to global corporations which have no local expertise, no health expertise, no commitment to the public interest, and no structural capacity to respond quickly to the development of an unknown virus. We are even presented with shameless attempts by some companies to profit from the failure of the very system they have been paid to deliver through offering addition ‘patch-up’ products.

We don’t know how much public money of the £10bn allowed for the Covid-19 battle has gone to the firms below. The NHS budget for 2019-20 was £134bn – so if the Government had wanted to prepare the NHS for this and other pandemics, it would have given the money directly to public agencies, local authorities, hospitals, universities and UK laboratories, which still – even after 10 years of malevolent austerity, maintain a public network of expertise and cooperation.

The second spike of this vicious, still poorly understood, virus is bad precisely because of Government ideology – not because of ‘increased demand’ or ‘technical difficulties’, or even the party going habits of the young

Instead, this has happened. Covid-19 contracts awarded to firms like Deloitte, Serco, Palantir (a US data mining company), Unipart, Clipper, G4S, Sodexo, Randox and Amazon which cannot be examined for value, were handed out without tender, and in some cases have connections to Government cronies (Randox). This company was given a £133m contract in March to provide community testing – in July less than half its tests were returned within 24 hours, the official target. Serco and Sitel were awarded contracts valued at £108m to support the Government’s test and trace strategy.

In early to mid September 90 percent of tests failed to hit the 24 hour turnaround time – without which tracing becomes much less effective. Baroness Harding, who heads the test and trace programme “refuted” the failure of her programme.

The opacity of contracts awarded is mind boggling. Contracts are worth between £25m and £120m but no public or Parliamentary scrutiny is possible.

The truth is that the second spike of this vicious, still poorly understood, virus is bad precisely because of Government ideology – not because of ‘increased demand’ or ‘technical difficulties’, or even the party going habits of the young. Welcome to the logical outcome of starving the public sphere – a ten year project for which the likes of George Osborne must take primary responsibility.

The key and single fact behind the queues, the waits, the inability of the Government to reach an 80 percent success rate in test and trace is that the Government is in thrall to financialised corporations.

The Conservative government has been the enabler of an economic system which was invented precisely to row back from post war liberal democracy and regain private control of the economy. They trumpeted, in Thatcherite fashion, that privatisation, with its devious sibling, outsourcing, would be more efficient than public ownership. It would save money. Things would be gleaming!

No one even tries, not even Johnson, to say that now. Because it is clearly understood that the present economic system – in the UK and the US particularly – exists to shovel public money into a minority of the ever wealthier in the private sector, and in particular to the higher echelons of management and dividend holders. Everything is subsumed by this driving imperative.

The truth is that this virus has advanced to the advocates of total privatisation of the NHS a golden opportunity. The British Medical Association has referred to the “acceleration of aggressive outsourcing to private firms” during this pandemic.

Paul Nurse, Nobel Laureate and head of the Crick Institute said this:

“I also think we need more clarity about how decisions are made. For example, testing for coronavirus was absolutely critical. What they decided to do was produce very big labs to do it, not thinking that this would take many months to get it to work efficiently. Whereas they could have developed it locally and contributed something immediately. All the testing capacity basically did nothing during the big infection phase. That was very bad policy and implemented badly, but we didn’t see the discussions behind those decisions.”

The key and single fact behind the queues, the waits, the inability of the Government to reach an 80 percent success rate in test and trace – the bar below which tracing simply does not work to prevent the virus spreading – is that the Government is in thrall to financialised corporations.

This is the system that has to be fought by us. It is time for the economic pendulum to swing back from private to public interest, not for ideological reasons but because it is better at saving lives and looking after people. Otherwise the waiting for test results and the driving long distances even to get a test, will be small inconveniences compared to what lies in wait.

Picture credit: copyright the Bank of England for public use.