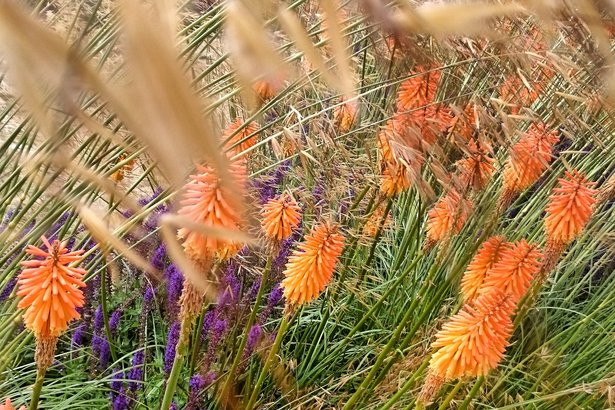 As some call for colonisation of other worlds, and the government invests in space industries but fails the green economy, New Weather debates the dreams humanity has for its’ future on the BBC and explores the issue in more detail

Naming eras is a competitive field but you could argue that anyone born since the 1960s is a child of the space generation. Before that there was just science fiction, since then it has been tantalising reality. From the moon landings, through Star Wars, Star Trek, probes to Pluto and Guardians of the Galaxy, space travel and exploration has an incredible grip on our imaginations.

But, for all our gazing out into space, ever since the picture of Earth rising was taken from the first human trip to the moon, on Christmas Eve 1968, the greatest gift of space exploration was meant to be the realisation of how astonishingly fortunate we are with our own planet. It’s beauty, isolation and obvious vulnerability was meant to make us cherish it, and care for it as our only viable home. That didn’t happen. In fact, just the opposite did.

Since that time humanity’s impact on its extraordinary island home planet has accelerated dramatically, almost as if we are in a hurry, determined to destroy the conditions for our own flourishing, and even survival.

Some might argue that we should learn to look after this planet before we go and mess up any others. But that hasn’t stopped some in recent weeks from ringing the bell for space exploration in the name of human colonisation.

Luxury electric car entrepreneur, Elon Musk, seeks to establish a human settlement on Mars for one million people, at a current estimated cost of $10 billion per person (that’s about the national income of Chad, population 14 million). The respected physicist, Stephen Hawking, recently repeated his assertion that humanity has no future on Earth, and that our only ultimate option is the colonisation of other planets.

Such aspirations are an odd hybrid. They fall in the tradition of romantic science fiction treatment of space exploration, but they also dwell in the shadow of fearful environmental dystopias. Both cite the damage we’ve done to Earth as reason to prepare to leave it.

Leaving aside certain physical and logistical absurdities for a moment, there are several layers of irony to these exhortations. Firstly, while we obsess about the discovery of even the most tiny forms of extremophile life on other planets, we are prosecuting a mass extinction event here on Earth where we know an astonishing abundance has come to thrive. Secondly, one of Musk’s motivations to establish a human colony on Mars is ‘in case civilisation collapses’ here. But why does he think things would go better anywhere else? Especially on a planet with no breathable atmosphere, that would take about 9 months to get to, and subject its travellers to a combination of claustrophobia, extreme isolation and the physical effects of radiation and microgravity, which weakens ‘bones, muscles and eyesight’. If Elon Musk was to put an even vaguely honest estate agent’s sign on his Mars settlement it would read something like: ‘airless, hostile wasteland, problematic access, no services, health & safety certificates not available, would suit one-way travellers with few prospects and short life expectancy.’ If one of the richest countries in the world can’t even make tower blocks safe for its Earth bound population, we’d do well to think twice about fantasies of space colonisation.

With no remotely attractive or accessible alternative – the nearest ‘Earth like planet,’ Proxima Centauri B, would take a human 70,000-80,000 years to get to with Deep Space 1 technology. In every sense, let’s not even go there.

But also, let’s be clear that certain types of astronomical research have enormous value. NASA coordinates important research into Earth system science. It feeds global monitoring systems essential to tackling global warming which depend on observations from space. James Hansen who did more than perhaps any other to bring climate change to public and political attenation was for years based at NASA’s Goddard Institute. It was funding for NASA’s climate work that Donald Trump recently cut by $200m.

There is also great value to open, publicly funded scientific research that is free from the demands of being commercialised. But in another sense, our hands are already full with what we know but have failed to act upon. We know we need absolute year-on-year carbon emissions reductions, but although global coal use is falling and renewable energy is rising, any benefits are being cancelled out by the use of oil and gas also going up.

The UK government’s recent policy agenda announced in the Queen’s speech had bold commitments to promote space industries, but nothing to correct the massive damage to renewable energy investment resulting from slashes to public funding and inconsistent government policy. It represents a kind of literal and psychological displacement.

Ideas about the industrialisation of space, and the mining of asteroids for example, seem to repeat the mistakes of the unlimited-growth economic model which has us now undermining our own ecological life support systems. In a very fundamental way, holding out the allure of planetary escape works dangerously at some deep psychological level. It reduces our urgency and sense of responsibility by implying there’s an alternative to taking the necessary action to protect the conditions for life on the only planet we know where human life is possible.

The chance of finding anywhere remotely as amazing as Earth is vanishingly small, and the chance of reaching it non-existent in our own lifetimes, or in those of our distant descendants. It’s not even science fiction but dark science fantasy to try and imagine what the descendants of a few astronauts many generations removed would be like by the time they arrived at some unknowable rock that only might support life.

How often do people embark on a search only to discover the thing they really wanted and needed was right under their nose, but being ignored. Look to the stars, dream of them, study them to understand ourselves and how better to live on Earth, but always remember, we are the life we seek ‘out there,’ and we still have a home, and it needs our attention more than the stars do…