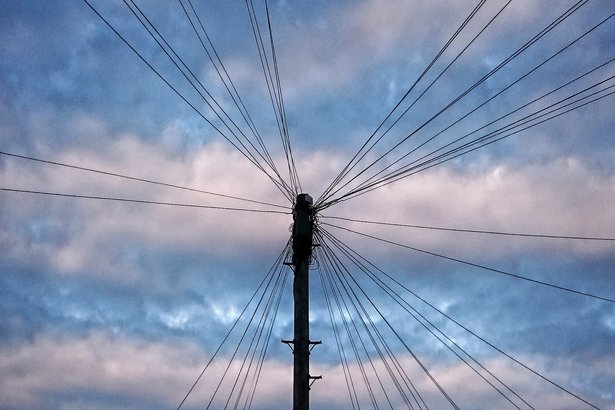 As the so-called European Monsoon let rip at the end of last week and the rain bucketed down – a whole month’s worth in some places – I looked back fondly on the week before. Then, the Mercury topped 30°C for five successive days, and much of the UK basked in the highest June temperatures for 40 years. Looking down the line, however, the infamous switchback that is the British weather also provides us with a salutary warning, for such wild swings will be a key feature of climate-changed Britain, except they will be even wilder. Extreme weather, be it flood, drought, storm or heatwave, will be the new normal, and our descendants will look back on the weather of our time as the epitome of the benign and predictable.

In recent decades there has been an acceleration in the number of hot days the UK experiences every year, and it is starting to take its toll. The baking heatwave of 2003 contributed to the deaths of more than 2,000 people. Sweltering conditions in 2006 and 2016 also led to hundreds of excess deaths amongst the old, the infirm and the vulnerable. Looking ahead, the picture – both for the UK and the rest of the world – looks pretty bleak. According to the University of Hawaii’s Camilo Mora, one of the authors of a study just published in Nature Climate Change, when it comes to future heatwaves ‘our options are now between bad and terrible.’ What this means is that, even if we slash greenhouse gas emissions dramatically, by the end of the century nearly half the world will experience deadly heatwaves. If we take no effective action, then three-quarters of our planet’s population will be under threat.

Heatwave deaths are notoriously difficult to corroborate with certainty. They also make less of an impact amongst the media and policy makers than those caused by more rapid-onset catastrophes, such as earthquakes or floods, but the numbers are often staggering. The (so far) unprecedented 2003 heatwave took around 70,000 lives in Europe, making it one of the biggest geophysical disasters to strike the continent in centuries. Just seven years on, in 2010, another 10,000 lives succumbed to extreme heat across Russia. And so it goes on. In early 2017, Australia roasted in temperatures that exceeded 45°C and spawned widespread power blackouts, while over the last couple of weeks it has been the turn of large swathes of the south-west United States, where temperature have been close to 50°C.

Returning to the UK, it can’t be too long before the 2003 temperature record of 38.5 is broken; the 40°C barrier breached, and maximum summer temperatures creep ever upwards into the mid-40°s and even beyond. Given that this is a certainty and something that will impinge detrimentally on millions, you might expect the government to be giving some urgent thought to how we might mitigate – or at least minimise – the impact. In fact it is now two years since the UK Committee on Climate Change recommended to the government that new building regulations were urgently needed if homes, schools, hospitals and care homes were not to be subject to potentially dangerous overheating as temperatures ramp up. In the light of the Grenfell Tower tragedy, however, it seems pretty clear that this is a government that does not ‘do’ building regulations. Consequently, it’s response to the CCC’s recommendation has been to simply ignore it, apparently because it wants to reduce the number of regulations to which builders are required to conform.

Recent events have made it crystal clear that building regulations are formulated – or certainly should be – to protect those living and working within. If they can’t do this, either in relation to fire security or to providing a safe internal temperature, then they are not doing their job. In the longer term, any failure of building regulations to make our homes and public buildings fit for purpose as our country heats up, could be condemning not dozens, but many thousands, to an early and extremely unpleasant death.