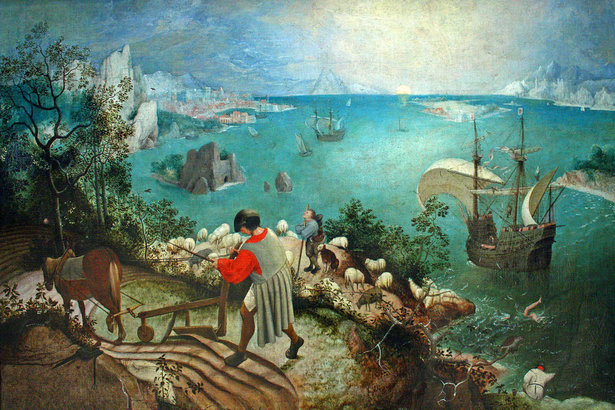 You know things are bad when it takes Donald Trump pulling the US out of the Paris agreement for climate change to be discussed during the UK election. His climate denial is of the extreme and obvious variety: pages were removed from the Environmental Protection Agency website explaining its causes and consequences when he came into office.

Equally if not more damaging, however, is the daily climate denial that passes mostly unremarked all around us. The Institute of Directors recently proposed not one, but two new airport runways for London in a report called Let’s push things forward. It made no mention of the effect on rising emissions and a better title might have been “Let’s push things over the edge”. The oil company BP’s irony free sponsorship of the British Museum’s Sunken Cities exhibition merely highlighted how removed climate now is from our everyday cultural imagination.

Sometimes the denial is about failing to join the dots. Such as when Richard Branson rightly complained about how our “everyday actions are gravely hurting the planet”, but remained a fervent advocate of both space tourism and aviation expansion. Then there are the companies who know the problem only too well, but still plan their business without regard for internationally agreed climate targets.

Pick up almost any magazine and you’ll see page after page of adverts for huge SUVs and luxury cars, all with emissions unashamedly far above what is comfortably technologically possible, and with no mention of climate. Even the travel sections of progressive newspapers see no issue in promoting a culture of guilt-free flying.

How do you change a culture that is so embedded? The first step is making people aware that it’s even there. That can be done by calling it out whenever it’s spotted using the simple device of social media.

The idea was triggered by an invitation to address the Climate Psychology Alliance which explores issues of action and denial, and owes a debt to the campaign against everyday sexism and that to halt the phenomenon of all male panels at conferences through social shaming.

From this weekend I’ll endeavour to collect and share examples, hashtagged #DailyClimateDenial, through the Twitter account @EverydayDenial and, for now, through the New Weather Institute website (we’ll collate and publish summaries of some of the more egregious examples). We can be spellbound by social norms into behaving in ways that can be damaging and self-destructive. Yet we’ve seen radical shifts in short periods of time in attitudes to smoking, drink driving, and intolerance toward different sexual identities.

In the age of social media ideas diffuse ever more rapidly, especially when they draw attention to an accumulating and ignored wrong. Sometimes all it can take to break the spell is for someone to start pointing things out. So, the next time you see a patio heater outside a pub warming thin air and not much else, or other such acts of egregious daily climate denial, snap it, hashtag it, and share it. If we call out denial and change attitudes, better policy and action will surely follow.

2 thoughts on “How to call-out everyday climate denial”