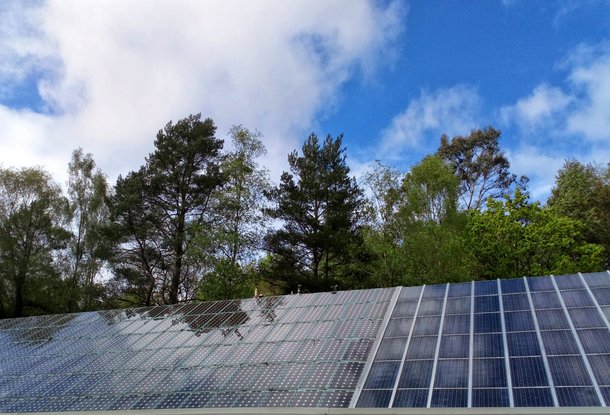 There had been no climate debate in Parliament for two years then one that was barely attended. Now House of Commons has declared a ‘climate emergency’. Bill McGuire asks what is going on, if MPs understand the implications and whether logical actions will follow

Just a few days ago, in Parliament, politicians jostled like small children for the best seats, in advance of a much-lauded speech by a climate activist. Perhaps entirely appropriate as the speaker, Swedish schoolgirl, Greta Thunberg, had previously damned the international political class as lacking the maturity to recognise the climate emergency for what it was and to take effective measures to tackle it. Those present sat submissively, as if at a dressing-down from the Head Teacher, and at the end gave a standing ovation, praising the schoolgirl for her single-handed transformation of the climate change debate. Even Michael Gove expressed his admiration and acknowledged the guilt he felt on behalf of his generation.

Those present sat submissively, as if at a dressing-down from the Head Teacher

It was an extraordinary and unique event and, coming close on the heels of the Extinction Rebellion demonstrations and the recent David Attenborough film on climate change, it has helped to build the feeling that we might be reaching a tipping point, beyond which decision-makers will at last walk-the-walk on addressing climate breakdown. Based upon the record of recent Conservative Party rule, it is something that’s desperately needed, but there is – as yet – no indication whatsoever that government is planning to alter course from a policy that undermines green initiatives and underpins fossil fuels. In this light, it is hardly a surprise that Theresa May was the only party leader to shun Thunburg. Meanwhile, the government’s response to Extinction Rebellion’s demands was to call for ‘the full force of the law’ to be brought against them, and the boast that the UK is already a world leader in addressing climate breakdown; the unspoken implication being that it didn’t need to do any more. This, however, is patent nonsense.

UK Greenhouse gas emissions are broadly on a downward trend, if far too slowly to prevent a climate catastrophe, much of it driven by the demise of King Coal and it’s replacement by lower carbon and renewable energy which, of course, is a one-off win, and this has happened largely in spite of government policy rather than because of it. Over the course of the last two Conservative-led governments, onshore wind power has been de-facto banned, solar subsidies scrapped, a commitment to zero-carbon new homes dumped, electric car grants reduced and the Swansea Bay tidal scheme given the thumbs down. At the same time, a third Heathrow runway has been green lighted, along with a new coal mine in the North East, oil subsidies have been increased, and fracking encouraged across the board. This is not the signature of a country leading the world in the battle against climate breakdown. It is the mark of a government that pays nothing more than lip service to tackling the climate emergency, and then only when it suits or there is no other alternative.

Furthermore, the touted fall in UK greenhouse gas emissions is nowhere near as impressive as first appears. True, UK domestic emissions have fallen more – over the past three decades – than those of any other major economy, but this is far from the complete picture. The collapse of manufacturing has resulted in a big chunk of production-related emissions being ‘offshored’ to countries like China. Figures for 2015 (the last year for which consumption-related emissions are available), reveal that while domestic CO2 emissions were down by 191.5 million tonnes (on 1990 levels), consumption-related emissions fell by just 62.4 million tonnes. Furthermore, domestic emissions fail to include those generated by both international aviation and shipping – both of which are growing rapidly.

Looking ahead, the path to an 80 percent cut in emissions by 2050 – the existing target enshrined in law – looks increasingly out of reach. The relative success in decarbonising the UK energy market, which has accounted for three-quarters of emissions cuts since 1990, has masked failures in all other areas. So, the agriculture, housing, transport, waste and industry sectors, have either seen small falls in emissions, flat-lined or grown. In fact, last year, the government’s own Committee on Climate Change (CCC) announced that it was failing to meet emissions reduction targets across 15 out of 18 sectors – a pretty damning verdict.

Labour Party spokespeople took to the airwaves to defend new coal mines and their Conservative equivalents did the same to defend aviation expansion.

Now the CCC has said that the UK needs to hit net zero emissions by 2050, to stand any chance of meeting the goal of limiting the global average temperature rise to 1.5°C (from pre-industrial levels). Given the records of the last two governments, it is hard to see – whatever the target date – how it can be met without action that is commensurate with being in a state of climate emergency. I am not – at the moment – hopeful. Responding to an opposition demand for the declaration of a Climate Emergency, Claire Perry, the Energy Minister, said ‘I don’t know what that would entail.’ Now that just such a declaration has been made by Parliament, she will have to find out pretty fast. In a strange alignment of the stars on the very day of the vote to declare an emergency, the High Court dismissed claims against the expansion of Heathrow policy. Labour Party spokespeople took to the airwaves to defend new coal mines and their Conservative equivalents did the same to defend aviation expansion. As if to rub home all the ironies, also on the same day, professional cycling’s most successful team switched sponsorship to be supported by the fracking company Ineos, and there were reports that Indonesia was considering moving its sinking capitol, Jakarta.

An understandable euphoria has greeted the late arrival of climate breakdown at the top of the political and public agenda. But, the great danger now is that if, after declaring a climate emergency, politicians simply find excuses at every turn to continue with business as usual the public may be left with the impression that the problem is in hand, even as we continue to speed toward the climate cliff edge.

One thought on “The curious arrival of climate change in politics”