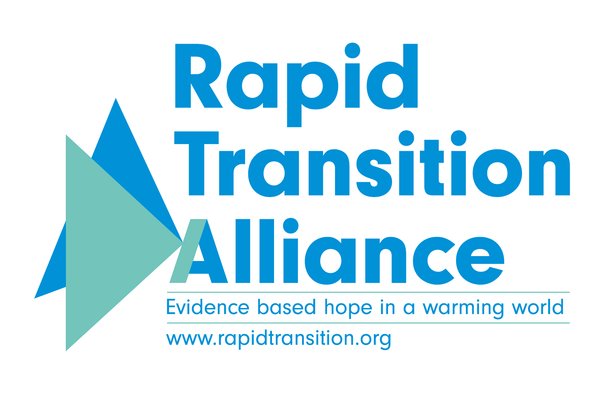 As scientists call for rapid, far reaching action to prevent climate breakdown, and warn that time is running out, a new, unique international initiative – the Rapid Transition Alliance – is launching to reveal the possibilities and our hidden capacities for making good things happen quickly Our climate is changing faster than we are and the latest science says we are nearly out of time for taking meaningful action to prevent climate breakdown. We need to speed up and the Rapid Transition Alliance  is launching to demonstrate why and how that is possible based on what is already known. The Alliance is a new, global initiative being coordinated by the New Weather Institute, the ESRC STEPS Centre at the Science Policy Research Unit (SPRU) and the Institute of Development Studies, and the School of Global Studies at the University of Sussex with the support of the Danish-based KR Foundation.

The Alliance is learning from where, when and how good things happen quickly.

The Alliance is learning from where, when and how good things happen quickly. It has been set up to push for accelerated action at the scale and speed needed to meet the agreed 1.5 degree climate target. By gathering and sharing evidence-based hope, it aims to remove excuses for inaction, show what is possible, and find ways for people to take an active part in change. Its members range from household name environmental groups to professional bodies and international research centres.

Speaking at the launch in the House of Commons in London, on the first working day of the international climate talks in Poland, were:

What unites them is the belief that we must learn from each other and act urgently to maintain a habitable climate, and that our action must be at a speed and scale to match the challenge.

Organisations in the Alliance vary from international to highly local, from being specialised and with broad approaches, engaged in practical work, research and campaigning for change. What unites them is the belief that we must learn from each other and act urgently to maintain a habitable climate, and that our action must be at a speed and scale to match the challenge. The focus is on the importance of applying what we already know about achieving rapid transition, and the Alliance is calling on the public and any groups with relevant knowledge and experience to help add to the evidence base for hope.

Examples of rapid action already analysed by the Alliance include responses to: economic shocks, public health emergencies, financial and energy crises, and conflicts.

There are examples of rapid transition ranging from transport to food, energy, the built environment and all kinds of behaviours.

The Alliance aims to engage decision makers and others. All Alliance members also commit to make changes to align themselves with the international climate targets.  There are examples of rapid transition ranging from transport to food, energy, the built environment and all kinds of behaviours. They go from the very local to very large scale, from the past and present and show our ability at achieving rapid change. No single example tells us everything, but the spread of evidence out there shows the possibility of rapid transition across the economy and in the many dimensions of our daily lives.

“International climate talks matter, but they are not the whole story. There are exciting and innovative stories of change going on right now – and from the past – that show how people can shift the status quo – through grassroots action, policy change and new ways of working. Together they show how the shift to a low-carbon economy isn’t just something for diplomats and presidents. You could say that we are crowdsourcing rapid actions to prevent climate breakdown,” says Andrew Simms, Rapid Transition Alliance coordinator, “Large and rapid change sometimes seems hard to achieve. But big and radical changes have happened before, and they’re happening now too – in technology, finance, policies, infrastructure, attitudes and culture, all around the world.”

While there’s no shortage of talk about the potential of greener technologies and long-term environmental targets, change is needed now and the Alliance will build a bigger conversation on the immediate possibilities of rapid transition and more sustainable behaviour. This will vary from stories of community action, to innovative policies and very personal, pivotal moments that allow us to see the world differently.

Learn more about the Alliance and get in touch in these ways: