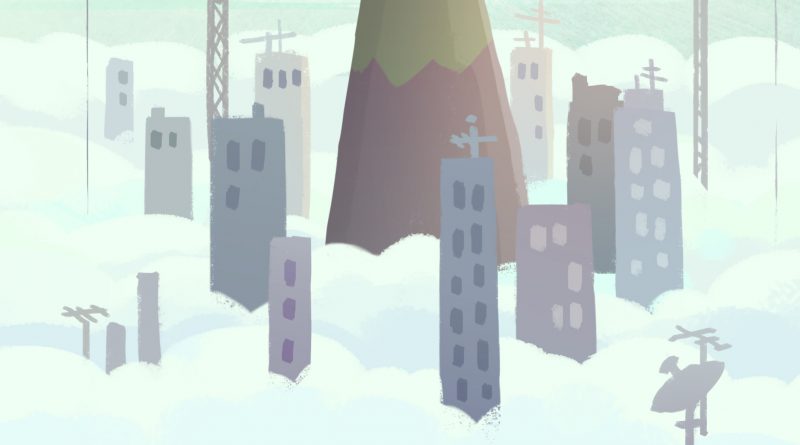 “Stories are one of the most ancient and most effective ways of making sense of the world,” wrote Philip Pullman in his foreword to There was a knock at the door… our collection of 23 modern folk tales for troubling times.

It launched our initiative to promote compelling storytelling by people trying to get to grips with our troubled times and make the world a better place. You can read more about and purchase the original volume below. Now, we’ve published an ambitious new collection –  Knock twice. There was a knock at the door… is available too. This book of New Weather tales began our exploration of how storytelling can enrich attempts to bring about rapid transition to a fair economy that respects ecological thresholds. It brings together writers, poets, economists, climate change experts, activists and artists. Our contributors range from the poet laureate, Carol Ann Duffy, to the head of the UN inquiry into sustainable finance, the founder of the Transition Town movement, climate activists and the head of a campaign for drug policy reform. You can get it at these links: There was a knock at the door… 23 modern folk tales for troubling times, available now in print and as an e-book:

Each works daily in different ways to make the world safe from systemic threats, but together they have become aware of the limits of simply throwing facts at people and hoping for change. Instead, they’ve decided to try and tell some better stories.

These tales are very modern, yet rooted in ancient story telling traditions. We hope they open doors and encourage others to experiment too. We’ll publish more short tales in the series here on this site to bring imagination to the task making a better world.

Folk tales throughout history often are rooted in people coming to terms with upheaval and extreme events such as famine, war and great displacements. They seemed a perfect way both to examine our own era of flux and the art of storytelling itself. There was a knock at the door… has tales that touch on issues ranging from climate change to fracking, immigration, the banks and multinational corporations, food, housing, over-consumption and our relationships with nature and each other. They range in tone from dark to curious, joyfully curious about the world, poignant and mordantly witty.

“There are some very stern people who think that stories can’t be important or useful because they’re only ‘made up’. How wrong that is!” writes Philip Pullman,  “The human imagination is profoundly important, and when it turns to exploring the problems we human beings find when we try to live a good life in a world we seem to be simultaneously destroying, there is nothing more valuable or worth encouraging. I’m very glad to see these stories and I hope they find the audience they deserve.”

3 thoughts on “There was a knock at the door: modern folk tales for troubling times”