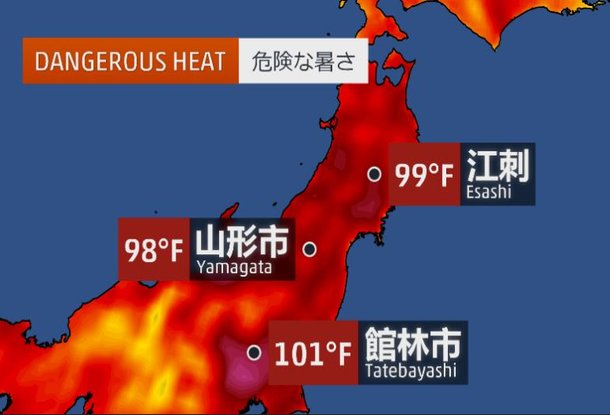 Our weather extremes are signs of a human population overshooting its planetary home, writes Prof Bill McGuire, what will it take to make us change course?

How long can we go on prevaricating? How long can we hedge our bets when deciding if a particular natural catastrophe is the result of climate change? I say no longer, enough. It is true that neither the devastating wildfires in Greece, nor the torrential rains that contributed to the recent dam collapse in Laos, can be categorically blamed on climate change. They are, however, elements of a trend that has seen a huge ramping-up of extreme weather events in recent years that can – and should – be laid squarely at climate change’s door.

So let’s stop pussy-footing around when we talk about why such events are happening. Yes, we can look to immediate causes for the roasting temperatures that are gripping Europe and much of the world; spawning wildfires from the southern Pennines to Siberia; Athens to Arctic Sweden and pretty much everywhere in between. We can blame the Jet Stream for migrating polewards, allowing hot tropical air to surge north. But, let’s be in no doubt about the proximal – the underlying – cause; planetary overheating arising from our own polluting activities.

We can blame the Jet Stream for migrating polewards, allowing hot tropical air to surge north. But, let’s be in no doubt about the proximal – the underlying – cause; planetary overheating arising from our own polluting activities.

And we had better get used to it. In the 1970s and 1980s – when I still had a full head of hair and knees that didn’t creak – a temperature of 30 degrees Centigrade was a rare thing indeed. Now, three or four days of successive sunshine during the summer months inevitably sees temperatures surpass this figure, somewhere in the country. It can’t be long until the UK’s all-time temperature record of 38.5°C (101.3°F), set in Kent in 2003 is smashed, as peak temperatures start to climb into the 40s°C. In decades to come, a summer like this one will be the norm. In the second half of the century, our children and their children might well listen with envy to stories about the ‘cool’ summer of 2018.

Meanwhile – in a parallel world – it’s as if the trashing of the climate and the planet aren’t happening. Business as usual in recent weeks has seen plans for a third Heathrow runway voted through the Commons; the government turning its back on the Swansea Bay tidal power scheme; the scrapping of the feed-in tariff for domestic solar schemes announced; and the green light given to fracking for fossil fuels in Lancashire. What makes all this so utterly bonkers, is its coincidence with the imminent arrival of Earth Overshoot Day – the day in the year by which we consume a year’s worth of nature’s ability to regenerate resources and absorb waste.

Way back in 1970, this didn’t happen until Boxing Day. Even as recently as 20 years ago, it was at the end of September. This year, we will have used up 12 months of resources; carbon, water; wood; fibre; food; land, by the first day of August. As it creeps inexorably earlier in the year we move deeper into a kind of ecological debt, living off the biosphere’s overdraft. Another way of looking at this is that, to maintain the 2018 rate of consumption – over time – we would need 1.7 Earth’s. The problem is that we don’t have time; nor do we have 1.7 Earths.

Overstressing ecosystems in this way is a massive gamble, as their great complexity makes it difficult to know when crashes will occur. With no sense of the tragic implications of what they were doing, last year you could have literally gambled on the impacts of climate change when the bookmakers, Paddy Power, offered odds on when the Larsen C ice shelf would next break apart.

Turning a blind eye, or even turning the damage into profit-seeking entertainment, doesn’t begin to describe our attitude to the way things are going; the almost complete absence of effective action in the face of overwhelming evidence that we are destroying the environmental foundations society is built upon, and taking much of the natural world with us. It isn’t just stupid; it’s criminal. I find it hard to imagine how bad things need to get before, collectively, we sit up, take notice and change direction. Maybe, however obvious the breakdown of our climate and the destruction of our environment becomes, we will never truly accept that it is our fault and admit that we need to take precipitate action. Not – at least – until it is far too late. Certainly, as things stand, we are accelerating towards a cliff edge and fast running out of turning space.

2 thoughts on “Fire and flood: how we are overshooting the Earth”