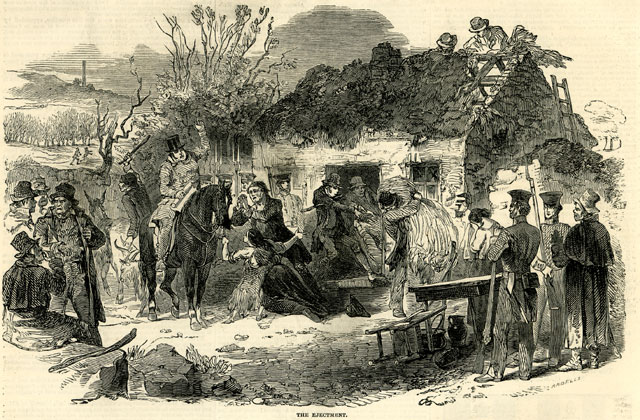 An open letter to Andrew Allner, chairman of the Go Ahead Group, ultimately responsible for the Southern Railways franchise.

I live in Sussex, the ancient kingdom of the South Saxons. I am hoping that this rings some bells in your mind. Because we depend so much where I live on train services run by your company in this obscure outpost of your vast transportation empire.

I am also writing to you as a respected and experienced businessman.

You have been on the board of many City companies, as a leading accountant – one of only a few of those who are also trained engineers. You understand the way the world works, and you understand the way trains work. You know when a situation has become impossible and know what to do to tackle it.

Your company owns 65 per cent of Govia Thameslink, operators of the Southern and other franchises which have unravelled to the point that they have had to cancel 341 trains a day just to have some chance of running the rest. We don’t know whether this will work, but – even if it does – it seems to rest on the idea that the most efficient railway is one that runs no trains at all, which has dispensed with those frustrating things (staff and passengers) altogether. I hope therefore, given that rail ministers and GTR managers seem stuck in a self-destructive embrace, that you will see where your duties now lie.

My appeal to you is based on three assumptions.

For reasons set out in my book Cancelled!, there is no evidence for the repeated claim that the disastrous delays and cancellations was caused by some kind of ‘sicknote strike’ by train staff.

I’m not suggesting this was a lie, though it wasn’t true. I am suggesting that, actually, they didn’t know or understand why the chaos was happening. The real reason has been the catastrophic collapse of morale, the side-effects of abandoning train staff in impossible situations as the problems escalated, and the inflexibilities introduced by managers which have prevented depots from encouraging overtime. But that constantly repeated refrain, by ministers and managers alike, has been a contributing and debilitating slur on your own staff who have, most of them, been able to carry on running the system since April in near impossible situations, facing incandescent passengers, dangerous overcrowding, and chaotic information, day after day.

Nor is there any sign that the 341 services cut will solve the basic problem. It was clear in recent days that your driver-only trains (Gatwick Express and Thameslink) were the least efficient, which doesn’t bode well for the future.

On Thursday, also, no less than three of your trains broke down on the same day. For whatever reason, and the complexities of the London Bridge redevelopment may be one of them, your GTR management has not been able to run the franchise effectively.

I write as someone who has no principled objection to a broad range of ways of contracting out services, as long as they make services more transparent, human and flexible for users. But the GTR franchise as you have run it has been less transparent, more inflexible and has treated customers with disdain, shifting them about from motionless train to motionless train when they should have been at home with their families.

In fact, you have allowed this huge bundle of rail services to take on the characteristics of those who pay your bills – not us, but central government. And Whitehall remains as opaque, imperial, centralised and unresponsive as it ever was. That is not how privatisation was supposed to work. The experience of the collapse of your Southern services are a fearsome lesson for the users of other contracted services, not just transport ones – where services are hollowed out, run centrally and where relationships with staff and customers resemble the kind of relationship prison officers have with inmates.

This puts in jeopardy the whole justification for privatised services, and for withdrawing further sums in profit from services that are already struggling from reduced spending. The public has reacted with fury – because your service has allowed them to lose jobs, to struggle home too late to see children. There are long-term, political consequences for this, and they will not just be visited on Southern or GTR or on those who are responsible for them.

You and your colleagues have managed to remain outside the debate, safe in your offices in Matthew Parker Street in the City. You may not be making much in the way of profit from the GTR franchise at the moment, despite the £8.9 billion being funnelled through GTR by taxpayers. But you are still profiting from a range of other transport operations – too many, it might be said. Your chief executive alone is drawing £2m in salary provided by taxpayers and customers.

But that can’t last much longer, and this letter is evidence that the disaster at GTR will eventually reach your door.

I’ve read Go Ahead’s annual report and the efforts you have made to develop sustainability across the various companies you control. But the basic job is not being done in your estates. The repairs are not being made, the tenants are not being looked after. There is a limit to how long your company can behave like an absentee landlord, extracting resources for you and your staff, while failing to respond to the mounting chaos being caused in people’s lives, customers, managers and staff.

In the end, history catches up with the absentee landlords and it will again, unless Go Ahead can live up to its responsibilities. And intervene.

This is what I’m asking you to do:

(a)             Show immediately that you are concerned, intervene publicly, and provide the resources to make the original franchise work.

(b)            Reinstate the 341 trains a day so that those who are forced into cars or your special buses, to plod along through the traffic, can get the services back that they are paying for.

(c)             Listen to your loyal customers and provide them with what they want which, as you know, is overwhelmingly for staff to remain on stations and guards to retain their safety role. Every consultation has confirmed that people want to support and use a human railway, not an empty machine.

Companies make mistakes all the time. We are all human, and the economy and the future depends on our ability to make them. What is unforgiveable is to pretend the mistakes haven’t happened, for fear – of what? That the public will lose faith? They have lost that long ago. But they could claw back some faith that your company has within it the intellectual and financial resources to put right those mistakes, if you act in a human way to support your innovative and conscientious staff and your long-suffering passengers.

3 thoughts on “Towards an end to absentee landlords”

New Weather @NewWeatherInst
RT @AndrewSimms_uk: Thank you to all the #NHS nurses & midwives of this, and every generation before #nursesday2021 #InternationalNursesDay…
(about 2 hours ago)

New Weather @NewWeatherInst
RT @AndrewSimms_uk: 'The master's tools will never dismantle the master's house,' Audre Lord's famous observation applies as much to the sh…
(about 5 hours ago)
Follow @NewWeatherInst