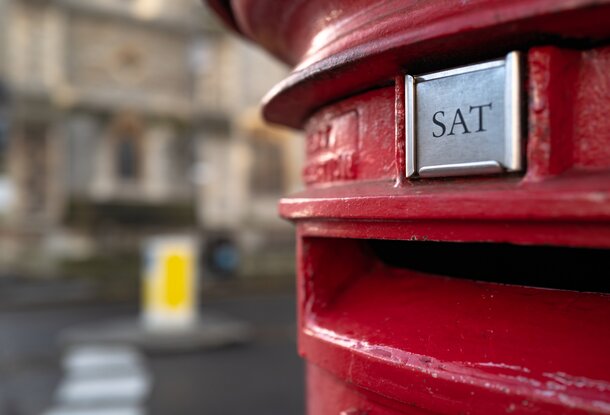 Is it our fault? Are we asleep at the wheel, mildly surprised at the sell-off of much that was thought of as the infrastructure of the British state to passing billionaires or private equity company, anyone with a keen interest in dividends and an eventual sell-off that will allow them to trouser millions in unearned profit? Royal Mail, subject last year of ill understood striking, is one such.

Sometimes it’s difficult to see what’s going on. Ownership does not impinge. The sold off water companies attracted little controversy until they started filling our rivers and beaches with shit. Ditto bits of the NHS – ambulances come – or don’t come – and their ownership is low down our list of concerns. Large bits of the National Grid gas transmission is being sold off to a foreign consortium led by Macquarie, a company group never knowingly confused with a Quaker meeting house, but it’s only when the gas dries up that we’ll notice. The child care system is now three-quarters owned by private equity companies – a monumental wrong that doesn’t seem to get many people riled up.

But the Royal Mail? Our posties, letters, parcels, our post boxes, its communications expertise and potential, our universal right to have deliveries, at the same cost wherever we live in the British isles? Is this not a matter of interest?  It should be. Its fate is about to rest in the hands of a Czech billionaire with links, albeit indirect, to Russia.

The Communications Workers Union has consistently warned of the dangers of consigning Royal Mail to the gig economy, with lower pay, worse conditions, and contract workers.

A bit of history. The Royal Mail is the oldest public institution in Britain apart from Parliament and the Church of England (and it’s more inclusive than either of them). Started by Henry VIII, it was formalised by Charles Ist when he introduced a public mail service. From then on, the Royal Mail expanded and changed to meet need. It adapted in time of war, it started and developed the telephone system, it drew the country together through the Universal Service Obligation which meant that you paid the same to post a letter in Muckle Flugga as you did in Mayfair. Its management provided one of the offices of State, the Postmaster General.

And now? Here’s what’s going on. Royal Mail was first sold off in 2013 by the Coalition government at a price universally agreed to be way below its value. Its shareholders probably didn’t spend much time worrying about next day delivery or the low pay of postal workers, but rather concentrated on maximising profit by selling their shares. Which brings us to today. Postal workers striking about pay – around £25,000 for a postie pounding the streets in all weather extremes – but also about the terms and conditions which create a public service, endured the obloquy of idiotic media interviewers suggesting they were ‘putting Xmas at risk”. The CWU, the Communications Workers Union led by the excellent Dave Ward, has consistently warned of the dangers of consigning Royal Mail to the gig economy, with lower pay, worse conditions, and contract workers.

It’s about what is rightfully in the public domain, driven by providing services, equally for the benefit of all, and what is captured by private interests motivated by extracting maximum profit for very few

Interviewers rarely subject Royal Mail executives to questioning about this, or why they chose to give out over £400 million in dividends and £167m in share buybacks in 2022 despite the known post-pandemic traffic forecasts, which indicated difficult times ahead for the business. Jonathan Reynolds, the Labour Shadow Minister put it like this in November: “It is unclear why a business that was thriving a matter of months ago is now threatening to cut thousands of jobs, with a devastating impact on those workers and their families. This must raise serious questions about how the business is being run.”

Reynolds was writing last month to Grant Shapps, the Business Minister, about his decision not to examine the attempt by the Czech billionaire Daniel Kretinsky to increase his shareholding in Royal Main to 25 percent and thus become the most powerful actor in Royal Mail, but rather to nod it through.

Now it’s time to meet this Czech billionaire, routinely described as ‘private’ and secretive’ who is trying to buy 25 percent of Royal Mail (now known, by the way, as International Distributions Services, a catchy corporate identity to fit with the company’s distancing from the idea of public service) up from his current 22 percent.

Daniel Kretinsky is 47 years old. Fun facts: he reportedly owns a £60m pad in Hampstead, has a 25-year-old equestrian girlfriend, is dubbed ‘Sphinx’ by the tabloids for the above mentioned shy reticence, and runs Vesa Equity, which has indirect reported links to Russia’s Gazprom. He would be a surprise to the grave men who established the Royal Mail and its wondrous service to the UK.

It’s not about him of course. It’s about what is rightfully in the public domain, driven by providing services, equally for the benefit of all, and what is captured by private interests motivated by extracting maximum profit for very few. Any passing billionaire would join in the free for all of British institutions which is now well under way. This Government and the City it is about to de-regulate further, believe that everything has a price, that value is only financial, and that the public good – well what is it? I don’t know what you’re talking about.

We really need to wake up.

Photo by the blowup on Unsplash