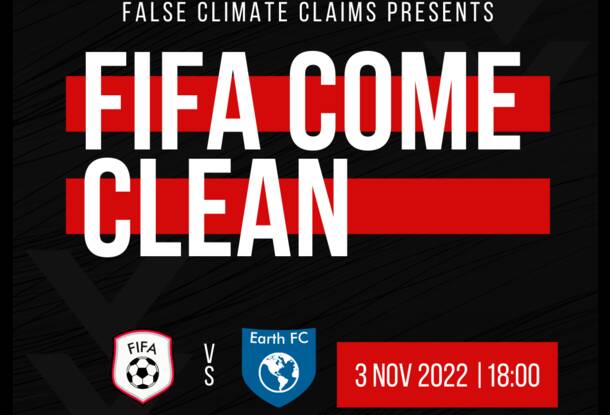 ,Ahead of the Men’s FIFA World Cup in Qatar kicking-off, athletes, sports bodies, lawyers and climate campaigners have come together to lodge a series of complaints, reported by the BBC, against FIFA’s false claims of carbon neutrality in World Cup advertisements. The complaints also come amidst heavy controversy over human rights abuses, and criticism that the carbon offsets to be used are poor quality.

The complaints were lodged simultaneously in the UK, France, Switzerland, Belgium and the Netherlands, building on reports that Qatar’s climate claims are based on questionable emissions accounting and low integrity carbon offsetting schemes. These claims ultimately mislead athletes, football fans and the approximately five billion people expected to follow the tournament on television.

Alongside the complaints is an open letter to FIFA from professional football players and sports organisations around the world. Signatories include Union Berlin player and founder of We Play Green Morten Thorsby, UK player David Wheeler from the Wycombe Wanderers FC, Swedish player Elin Landström from AS Roma and Zoe Morse from Chicago Red Stars in the USA.

The open letter called on FIFA to drop its carbon neutrality claims, take responsibility for reducing emissions first and foremost, develop a genuinely meaningful climate plan, and only use offsets only ever as a last resort.