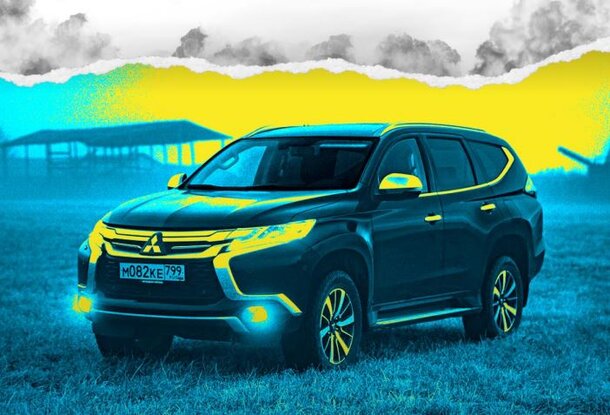 “At present, the government has no plans in place for ending sales of vehicles based on body type, including SUVs, or restricting the advertising of those vehicles. However, we are going further and faster to decarbonise transport.” Official response to our petition from the Department for Digital, Culture, Media and Sport, to the Badvertising petition. February 2022

In February, we wrote to Nadine Dorries MP, UK Secretary of State for Digital, Culture, Media and Sport (DCMS) on behalf of 10,000 people who signed our petition calling for an end to advertising of the most polluting vehicles.

Our policy recommendations consisted of an advertising ban on the dirtiest third of vehicles sold in the UK and on all cars too big to fit in a standard UK parking space. In more technical terms, this means a ban on adverts for cars with emissions exceeding 160gCO2/km or with an overall length greater than 4.8m.

The official response from DCMS was disappointing to say the least. In summary, their message was that the UK government has a strategy for transport emissions reduction and advertising for these vehicles must be dealt with by the appropriate regulatory bodies, namely the Advertising Standards Authority (ASA). All in all, there is nothing to be done.

As part of its Net Zero strategy, the government’s “zero emission vehicle mandate” includes setting targets for manufacturers to dedicate a percentage of their new sales to zero emission vehicles (ZEVs) each year from 2024, consumer incentives towards ZEVs, as well as phasing out the sale of new petrol and diesel vehicles by 2030.

The government’s emphasis on scaling up the sale of electric vehicles will fall short of achieving the emissions reduction necessary for the transport sector to align with the UK’s target of a 78% reduction by 2035 and net zero by 2050. To replace the fleet of combustion engine vehicles with electric ones will not enable the necessary modal shift towards low-carbon forms of travel. According to the Department for Transport’s latest forecast, traffic levels are set to increase between 17 and 51 per cent by 2050.

Reducing demand for motor transport will be key to meeting the scale of the UK’s emissions targets. The latest and 6th Carbon Budget by the UK Committee on Climate Change – which the government is not on track to meet – supports this evidence. According to the organisation, a substantial portion of greenhouse gas emission reductions need to be driven by behavioural shifts (16% behaviour only, 43% combination of supply-side and behavioural shifts).

Furthermore, last week’s release of the latest IPCC sixth assessment report provides another emergency call to action for governments based on the overwhelming scientific evidence that our window of opportunity to take action against climate breakdown is shrinking. At the launch of the report, the UN Secretary-General Antonio Guterres denounced the inaction of governments to act on the climate as “criminal”. Guterres also condemned the world’s largest polluters to be “guilty of arson of our only home”.

Everywhere, scientific evidence points at the utmost importance of reducing demand for high-carbon products and activities. These necessary shifts are also brought forward by a few dissident voices in the advertising industry. The mission-driven group of creatives Purpose Disruptors recognise the huge responsibility played by advertising professionals to avert climate breakdown given their role played in the economy as “engineers of demand”.

Citizen assemblies across Europe, including France and the UK, have put forward controls on fossil fuel advertising as part of their list of recommendations. Unlike the UK, the French Citizen Climate Commission held a legislative mandate. After much watering down of the initial text, the French government passed a law that will ban advertising of the most polluting vehicles (exceeding 123g of CO2/km) from 2028. Other measures include the obligation for car manufacturers to feature their range of carbon emissions (from A-G) in their adverts and include a message to encourage consumers to prioritise low-carbon modes of transport (akin to fast food companies promoting “healthy eating” in their adverts).

More and more, we are seeing examples of public opinion mounting against the scourge of SUVs in cities clogging our streets and adding to dangerous levels of air pollution (check out Novara Media’s vox pop reporting against SUVs.)

Ending advertising of the most polluting vehicles would bring us closer to achieving the immediate emissions reductions necessary to keep a liveable planet and align with other policy objectives on air pollution levels and low-carbon transport.