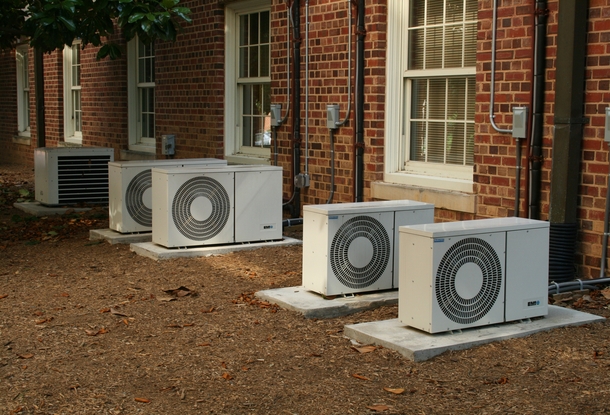 This post first appeared on the Rapid Transition site…

t is about time the UK government got to grips with retrofitting existing housing to scale up home energy efficiency across the country. One way to do this would be to establish a one-stop shop on every high street; offering trusted advice, recommendations for trained suppliers, and help with grants and other incentives.

Our struggling town centres could do with the community buzz of a genuinely useful venue and there are plenty of empty commercial properties to choose from. It could provide employment, generate training locally, encourage re-skilling of workforces, and help us reach our climate goals. Plus our houses might actually get warmer.

I live in the UK and, from 1996 to the present day, I have installed three sets of thermal hot water systems, solar panels, batteries, an EV charging point and two air-source heat pumps across three separate homes.

I have received two different types of financial incentive and failed to win any grants. I researched setting up a green building materials company but could not make this work financially on paper due to the high price of commercial premises locally. Some irony there. This makes me almost an expert, which is a very scary thing to consider. People regularly ask me for advice and information on what to do with their homes to make them more efficient – or about specific technologies such as heat pumps, which almost no one can explain clearly.

In this strange island I call my home, most people still find the issue of sustainable homes confusing. In the UK, old leaky heritage houses and high-end eco-homes are both highly prized, but almost all properties are now beyond the wildest dreams of the average wage-earner. The rental market is thriving and yet there is no real incentive for landlords to insulate their homes or offer renewable energy.

The conflict between UK housing policy and protecting the environment

Despite the increase in “eco-homes” on the Grand Designs TV series, following people as they build their dream homes, green credentials remain a niche add-on and not a mainstream must-have.

Politically, the UK is hamstrung by an ideology that stubbornly trusts the market to deliver all. Moreover, piecemeal policy and poor building regulations mean that protecting the environment and maintaining architectural heritage are often in conflict. There is also a total lack of mainstream training for a retrofitting workforce. Colleges still focus on training for gas boiler engineers because there is no funding for renewable energy training. This is how insulating our homes has gone from being a rather dull subject for DIY-ers or sporadic government subsidies, to being a hot topic generating headline-grabbing civil disobedience.

Many claims and counter claims have been made about the state of our housing. The Insulate Britain protest group claim that we have the ”oldest and least energy efficient housing stock in Europe”. The BBC’s statistics programme More or Less found this not to be strictly true; we fall somewhere in the middle across the EU28 nations but we compare poorly against most of the wealthier nations and they agreed with their reasons for campaigning.

The BRE Trust report on the UK’s housing stock agreed that we have the oldest housing in the world and that it is being replaced very slowly. At current rates, the report says, we will not meet the government’s aim to make the UK a zero-carbon country by 2050. Nor will we meet our domestic energy efficiency targets by building new energy efficient homes alone. The Institution of Engineering and Technology’s (IET) 2018 report, Scaling Up Retro fit 2050, found that nearly every home in the UK needs to be upgraded with energy efficiency measures.

This brings us back to the importance of retrofitting and the apparent lack of a national plan to ensure it happens, rather than putting some incentives in place and hoping people will do it themselves. We could simply learn from what works. In June, the UK Committee on Climate Change said there had been “minimal progress” in recent years on improving the insulation of buildings or in switching to low-carbon heating. And it’s not for a lack of schemes.

The 2013 Green Deal reached just 15,000 completed insulated homes of its 14m target before folding; the zero carbon homes standard, scheduled for 2015, was binned by an incoming Conservative government; and the recent green homes grant scheme reached just 5,800 of its target 600,000 homes  before being ignominiously removed. A select committee investigation called its implementation “botched” and its administration “disastrous”. In fact, the number of people insulating their homes between 2012 and 2019 dropped by 95 per cent. According to the government’s own statistics, 34 per cent of UK homes with a loft currently have no insulation.

Sadly, in the November 2021 budget just before COP26, when it might seem to be a good time to talk about reducing emissions from housing, funds for retrofitting were noticeable by their absence. Julie Hirigoyen, chief executive at the UK Green Buildings Council was quoted in a BBC article on this, saying: “With the COP26 conference just days away, the chancellor’s announcements felt like they were from a different planet and a different time…There were no big announcements to fill the clear gap that has emerged around decarbonising existing buildings.”

We can transition rapidly – we have done it before

So why suggest an initiative that requires long-term funding (say 10 years – not very long term, but longer than most UK governments think) and serious government commitment in the face of such continued failure to act? Because the UK is actually pretty good at change when we regulate, plan and finance it properly – think of the decade-long conversion of 14m gas cookers to move to North Sea natural gas.

We were the first nation to carry out a housing condition survey in 1967, using trained inspectors. At the time, some 40 per cent of homes were built before 1919; 25 per cent lacked a basic amenity (bath, wash hand basin, hot water); 19 per cent lacked an indoor WC; and 7 per centwere in potential clearance areas. We are still the only country using data from inspections by trained professionals rather than from censuses or social surveys. Even more recently, standards that govern whether social housing is fit for purpose have successfully generated change: the level of “non-decency” in England was 19 per cent in 2017, up from 35 per cent in 2007.

There have even been successful retrofitting schemes, flexible enough to learn as they went along, well funded enough to deliver at scale. The Kirklees Warm Zone scheme was a local government led city‐scale domestic retrofit programme that installed energy efficiency measures at no charge in over 50,000 houses between 2017 and 2020.

The scheme won awards and international recognition for the reductions in energy use, fuel bills, fuel poverty and carbon emissions achieved. It has also been studied for its data on what works when trying to encourage people to upgrade their homes; the dynamics are complex and involve money, attitude to the environment, desire to improve comfort, trust, and a willingness to put up with household disruption.

A full 14 per cent of homes simply never answered the door to the precursor information team, who ran several rounds of door knocking and leafleting. For those who took part, the benefits included reduced drafts, lower energy bills and reduced levels of amp. Analysis showed that retrofit schemes are particularly effective if they are offered by a trusted provider, well marketed and promoted, subsidised, and  target early movers with pro‐environmental attitudes first to generate positive outcomes.

There are places where government needs to step in to provide a trusted source of information and implementation at the scale needed to make it a rapid transition. The market will simply not do this in time, as has been proven many times over – see above. Householders are currently at the mercy of luck and privilege: Do you have any savings? Do you understand the complexities of the building where you live? Do you know an experienced, well trained installer? If not, is there one in your area and how do you find out if they are any good?

If they are coming from far away, what happens when it breaks down? Do they consider the whole house (rare) or simply sell one type of product or brand (more common)? Are you OK with online information and form filling?

Do you have anyone to trust to help you make decisions? Blah blah blah, to quote Greta. Those of us who have done this before know it’s a minefield and we are already dreading it. But it doesn’t have to be like this. Instead, it could look something like this: