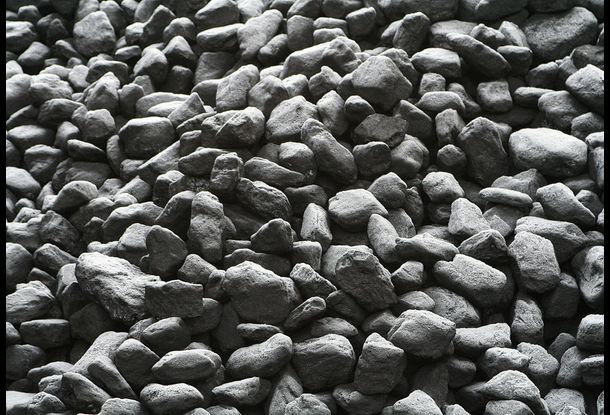 So that was the budget then – and, bizarrely, on the eve of a hugely important climate conference, UK chancellor Rishi Sunak has announced billions in road spending, cuts to taxes on polluting domestic flights and has cancelled long-delayed fuel duty rises.

But that isn’t the only problem about COP26 in Glasgow – just as it was during previous COP meetings.

Polluters like Air France, gas and electricity company Engie and carmakers BMW and Renault were among the sponsors of COP21 in Paris in 2015. Poland’s leading coal company Jastrzębska Spółka Węglowa (JSW) sponsored COP24 in Katowice, at the heart of the country’s coal-producing region, as recently as 2018. The Polish pavilion memorably advertised coal-shaped bars of soap.

Now, we had hoped for better in Glasgow, since organisers announced that it will not accept sponsorship from companies without clear short-term plans to go towards net-zero emissions.

But for some reason, this has failed to prevent them from including the SUV-manufacturer Jaguar Land Rover – currently under investigation by the Advertising Standards Authority for environmentally irresponsible advertising after it was the subject of multiple complaints.

In September, the UK government announced that among the sponsors Jaguar Land Rover would be providing transport for the conference site. These would be electric vehicles, but the company is still very much responsible for promoting the massive car market shift towards heavily polluting, and very large, road hogging, sports utility vehicles (SUVs) – a phenomenon which has spread internationally. And they still aggressively market this highly polluting form of traffic.

Another COP26 sponsor is the Boston Consulting Group, or BCG, one of the big three management consultancies in the world, and currently trying to position itself as a global thought leader on sustainability. But BCG is also a major supplier of consultancy services to the oil and gas industry, for whom it promises to unlock “new opportunities for oil and gas companies around the world”.

Then there is food company Reckitt Benckiser, formerly Reckitt & Colman. As manufacturers of brands from Dettol to Durex, the Scotsman asked the question: ‘Who is Reckitt?: The COP26 ‘greenwash’ firm behind everyday household products’.

Hitachi’s purpose is to sell energy-hungry hi-tech gadgets to as many people as possible. Subsidiary Hitachi Metals has not even set any greenhouse gas emission reduction targets. SSE and Scottish Power don’t appear on any lists of the greenest energy providers, and SSE recently ranked among Scotland’s top polluters with its gas station at Peterhead, Aberdeenshire, emitting 1.6m tonnes of carbon dioxide in 2019.

Sainsbury’s came last in a 2018 survey of supermarket plastic policies and was found to have made the least progress on plastics reduction since January 2018.

Bankers NatWest are also a sponsor which – the company says – “builds on our commitments to make our operations carbon net zero by the end of 2020 and to at least halve the climate impact of our financing activity by 2030.”

The problem is that, while NatWest’s commitment may be real, it is still being listed by Banking on Climate Chaos as one of the top 50 polluting banks in the world – with investments in coal all around the planet.

They are also just a subsidiary company of one of the biggest retail banks in the world, Royal Bank of Scotland (RBS). Share Action put RBS, with its significant investments in polluters, at number 15 out of 20 where its approach to the climate challenge represented only a ‘business as usual’ no-change approach, not one of responding to the crisis.

Owners RBS provided $1.1 billion to the fossil fuel industry from 2015-17, which makes it one of the world’s largest financiers of fossil fuels, exemplifying the short-termism of the capital markets which prioritises profit maximisation over other concerns.

Fossil fuel infrastructure is normally planned to be operating for at least 40 years, ten years beyond the UK government’s own target of getting to net zero carbon emissions by 2050. In other words, any apparent commitment by NatWest is compromised and contradicted by simply being a brand name used by a major fossil fuel funder.

This is in 2021. But the whole process of negotiating any kind of solution to global warming – starting with the Rio Earth Summit in 1992 – has involved fossil fuel companies lobbying heavily at various levels to secure their interests and slow or avoid the action necessary to reverse climate breakdown.

This isn’t a kind of touch-me-not, politically correct approach. The big purveyors of fossil fuels have done their damnedest over the last two decades to hold back action.

Partly they have done this by carrying on promoting SUV cars or long-haul flights as if there was no problem.

In fact, the advertising industry has been waking up to the scale of climate destabilisation by setting up different climate initiatives.

In the UK, for example, Purpose Disruptors, a network of advertising professionals, is calling for a reset of their industry in order to tackle the high carbon consumerism fuelled by advertising campaigns.

These, though, are mostly broad, general pledges that companies in the industry can sign onto, which say nothing about the sector’s underlying responsibility in fuelling materialism and over-consumption, and promoting high-carbon lifestyles.

One recent exception is the Clean Creatives initiative that calls on agencies to refuse work on marketing campaigns for major polluters, and to drop specifically fossil fuel companies as clients. At the time of writing, 400 individual workers in the sector had signed the pledge alongside 132 agencies.

Part of the problem is that COPs have become like trade fairs, set up in such a way that they create lobbying opportunities for well-funded major energy companies who can afford large scale presences and displays, often more so than whole nations from the Global South.

At the height of the pandemic, a Swedish civil society initiative proposed ways to improve virtual access which could also better control corporate lobbying. To make sure that sponsorships and advertising never undermine the purpose of the COPs, and to prevent corporate capture and greenwash attempts by big polluters within and outside COP events, conference hosts need to  carefully regulate sponsorship and advertising activities taking place within a reasonable distance of the conferences.

Just like the regulations applied to tobacco companies by the World Health Organisation, hosts of COP events should apply the same principles to high-carbon companies and sectors including airlines, car manufacturers and fossil fuel industries.

1. Turn down any sponsorship deal by high-carbon companies, sectors and trade associations.

3. Lock polluters out by adopting a conflict of interest policy that blocks high-carbon companies from access to accreditations, expert and advisory bodies and UNFCCC posts, and ends sponsorship deals. Instead, greater participation should be prioritised for those communities in the Global South most affected by climate breakdown.

Climate conferences, and the climate debate itself have to stop being billboards for the influence of the very interests who make the climate crisis worse.