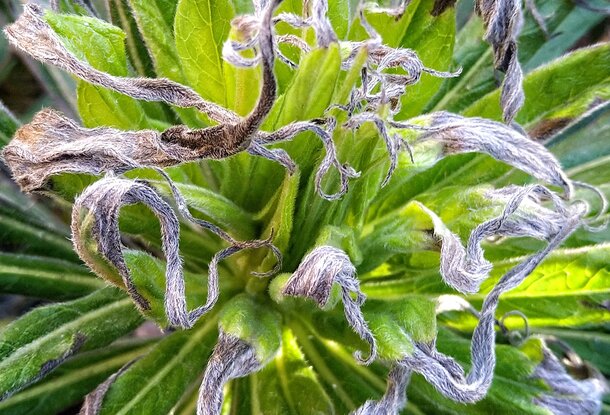 It’s time to put the secateurs, herbicide and peat compost away and let the over-manicured English village return to nature.

Thirty years ago we bought a rather rat infested – alright, very rat infested – cottage, and have enjoyed it ever since. It’s where we’ve spent much of lockdown. The village it sits in is now very different from when we arrived – no bank, one shop as opposed to three, just one functioning pub and stratospheric house prices. But still, if you were passing through, today you’d call it a charming English Cotswold village.

There are more children now, families are moving in to live here full time (one of the side effects of Covid), there’s a lively Facebook group and a dynamic vicar. The school is booming, there are choirs, Zoom groups and lectures.

It seems to me that the village’s latest, greatest challenge is to combat climate breakdown. Because at the moment it looks like the English village is doing its best to make the breakdown worse.

What this means is that the English village is an immensely flexible organism. It is a shape shifter. It can’t withstand the horror of rising house prices but within its limits, it is capable of surviving great changes.

It seems to me that its latest, greatest challenge is to combat climate breakdown. Because at the moment it looks like the English village is doing its best to make the breakdown worse. We’ll see it this Easter weekend – a clarion call to the nation’s gardeners to oil the strimmers, check the lawn mower, shake the Round-up bottle, get the secateurs ready and add the precious peat-derived compost. In other words – get ready to make war on nature.

It’s just been revealed, for example, voluntary targets for garden centres to drop the environmentally destructive use of peat – an important natural store of carbon – in compost have been an ‘abject failure’, with only one of 20 leading garden retailers saying it would eliminate peat from its shelves this year in a survey conducted by the Wildlife Trusts.

The gardens in our village are really pretty. Good gardeners live here. The allotments at the edge of the village are the product of their genius over 100 years. That counted for nothing when the developers stepped In. Houses will now be built there.

But this genius needs to be put to a different use now. And the English village – the thousands of them – could be at the forefront of the change. At the moment too often its hedges tend towards the mathematically angular. Cars are parked neatly on the tarmac that has replaced front gardens. The lawns, where they remain, are velvet smooth. Its flower beds are often miracles of precision.

Just one of my neighbours has hens. In the whole village that’s it for the rural husbandry. And that’s before we get to the new housing estate on the edge of the village where it would take a bold hedgehog or toad to venture.

My solution for the English village is even less onerous. Do nothing. Lay aside those strimmers. Blunt secateurs. Put the lawn mower back under its tarp. Let the hedges run riot. That ivy can grow and grow.

The look has arrived gradually. Thirty years ago there were tumbledown cottages, the lane outside our cottage was earth, there were pockets of brambly land here and there. There were houses which were owned by people far away who deemed them to be a great nuisance and barely kept them watertight.

I’m guilty. We had a straggly rose covering part of the front of the house, not earning its keep, few flowers, lots of thorns, flopping everywhere. I had it cut back and found to my horror that there were three birds’ nests (one a swallow’s) from last year, now exposed to the heat and the common gaze. That’s three bird families we’ve ejected this year – a metaphor for something.

When we read about how we can help avoid the coming climatic catastrophe, the advice is all practical and requires positive action. We recycle, purchase with care, plan meals so food waste drops, wear sweaters instead of bumping up the central heating.

It’s time to re-green the village. We could start by leaving at least part of the village green to grow back into meadow.

My solution for the English village is even less onerous. Do nothing. Lay aside those strimmers. Blunt secateurs. Put the lawn mower back under its tarp. Let the hedges run riot. That ivy can grow and grow. Let’s have English villages that don’t look like the suburbs (the suburbs can be the next step). And there is a moment now when we could persuade villagers of this.

Families moving here from the cities or more populated areas don’t have to bring tidy city ways with them. Welcome to our shaggy village, we could cry. No need to exhaust yourself this weekend – let the hedges do their thing and the verges grow unhindered. Let some things crumble. Don’t try to conquer nature as it comes calling – welcome its tentacles and be glad you live in its untidy embrace. It’s time to re-green the village. We could start by leaving at least part of the village green to grow back into meadow.