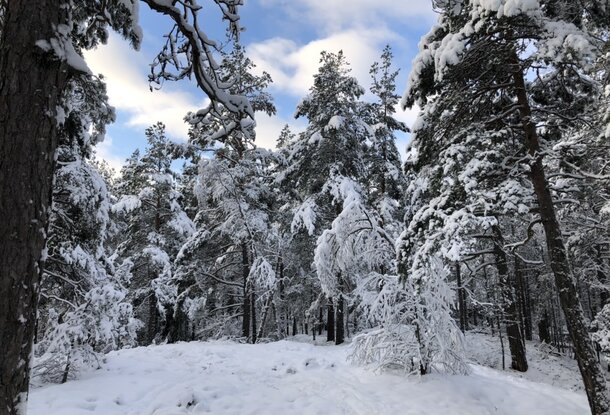 More bad news was brought in January looking back over the previous year. Unsurprisingly, 2020 was either the hottest year ever recorded, according to NASA, or – the UK Met Office determines – it was just squeezed into second place by 2016. What is not in doubt is that the hottest seven years have all occurred since 2014, and the heating trend remains relentlessly upwards. On top of this, the oceans also reached their highest ever temperature, while the extent of Arctic sea ice tied with 2016 as the smallest on record.

As things stand, the world remains on course for a catastrophic 3 – 5°C global average temperature rise (compared to pre-industrial times) by 2100, and – notwithstanding a small, downward, Covid blip – greenhouse gas emissions show no sign whatsoever of slowing. In fact, 2021 will see atmospheric carbon dioxide concentrations reaching a level 50 percent higher than before the industrial revolution began to transform our world and our climate.

The results of new research published early this year also seem to hammer the final nail into the coffin of 2015 Paris Climate Conference aspirations to the keep the global average temperature rise below 2°C. The authors of the new paper, in Nature Climate Change, evaluate how geographical variations of planetary heating can be used to get a better idea of the degree of ‘committed’ heating. In other words, how much hotter the Earth will become, even if we reduced greenhouse gas emissions to zero today.

Shockingly, they conclude that whatever action we take, it is now inevitable that our world will heat by more than 2°C, so bringing about all-pervasive, deadly, climate breakdown that will affect each and every one of us.

So far, so appalling. But hidden away amongst the despair there is also a glimmer of hope. Good news on the global heating front is about as rare, these days, as a proper snowy UK winter the likes of which is now gracing the nation. Nonetheless, there is still some about that is, if not exactly good, then goodish. Although we may be committed to heating in excess of 2°C, the authors of the Nature paper also note something extraordinary and potentially game-changing.

The generations responsible for achieving deep emissions cuts would begin, themselves, to see the fruits of their work

While we are currently on track for the 2°C threshold to be crossed well before 2100, slashing emissions in coming decades would – it seems – rapidly reduce the rate of heating so that this marker might end up not being reached for centuries. This would give society far more time to adapt and perhaps launch initiatives to actively pull carbon out of the atmosphere so that we never get to 2°C at all. This is critical because, as one of the paper’s authors points out, ‘an extra degree in a few hundred years is far less damaging than a degree in a few decades.’

Equally importantly, the fact that the generations responsible for achieving deep emissions cuts would begin, themselves, to see the fruits of their work, is likely to be psychologically transformative. After all, there is nothing like positive feedback to spur people on to bigger and better things.

The longer the world takes to get to net zero, however, the greater the amount of committed heating there will be. For this reason, it is crucial we act as fast we can to cut emissions to the bone, so that global heating slows to a rate that is at least more manageable.

While these findings provide a welcome, if small, dose of cheer, there are caveats. In particular, tipping points that may have already been reached, or are likely to be soon, will be unaffected, so that – for example – the rapid breakup of the Greenland or West Antarctic ice sheets can by no means be ruled out. In this context, it is worth remembering that during the previous (Eemian) interglacial (130,000 – 115,000 years before present), while temperatures were just a little higher than they are today, sea level was up to 6 – 9m higher.

It may well turn out then, that however slowly the global average temperature increase climbs towards 2°C and beyond, ice sheet collapse ensures that global sea level rise sets a course for Eemian values, threatening the submergence of all coastal communities. Preventing this would likely require further reducing carbon levels – and thereby global temperatures – by actively sucking it from the atmosphere using one or other of a number of so-called geoengineering techniques. This a controversial issue, for a host of reasons, and a matter of much conjecture and debate. But one that is, perhaps, best left for another time.

Bill McGuire, a co-director of the New Weather Institute, is Professor Emeritus of Geophysical & Climate Hazards at UCL. His novel, SKYSEED – an eco-thriller about geoengineering gone wrong – is newly published by The Book Guild.

Order your copy of Skyseed from hive.co.uk, from your local bookshop, or any reputable online or high street bookseller