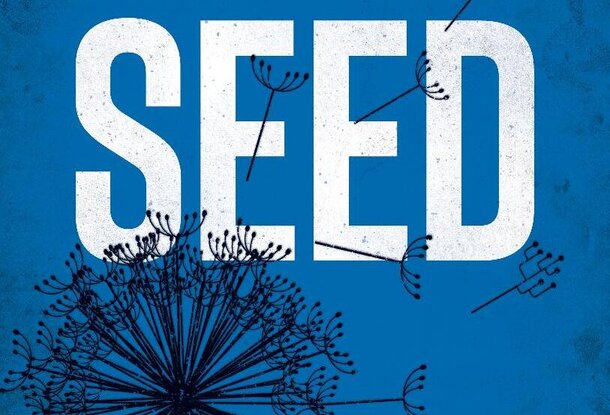 In my just published eco-thriller, Skyseed, the untimely eruption of an obscure volcano in Bolivia dooms an illicit programme to engineer the climate to failure – and worse. The events that follow are pure fiction and hopefully will stay that way. Nonetheless, volcanoes currently occupy centre stage in the thoughts of those convinced that only the application of technology can extract us from the mire of ever-worsening climate breakdown. The reason is quite simple. Large volcanic blasts cool the climate, ergo, if we can fake such an event, maybe we can artificially do the same. Of course, looked at more closely, it becomes quickly apparent that the whole idea is far more complex, plagued by uncertainty and fraught with risk.

Volcanic cooling is a consequence not of the often huge quantities of ash ejected into the atmosphere, but of the accompanying sulphur gases. In sufficient quantities, sulphur dioxide blasted into the stratosphere, forms an aerosol mist of sulphuric acid droplets capable of forming a veil extensive enough – following the greatest eruptions – to shroud the planet, or a substantial part thereof. This sulphurous screen is especially effective at reflecting incoming solar radiation back into space, so cooling the troposphere (the lower atmosphere) and surface beneath.

Following the 1991 eruption of Pinatubo  in the Philippines – the second largest eruption of the 20th century – the so-called aerosol optical depth (a measure of the amount by which airborne particles reduce light passing through the atmosphere) was raised by somewhere between 10 and 100 times due to the 15 million tonnes of sulphur dioxide impelled into the stratosphere by the blast. This, in turn, cooled the planet by around 0.6°C over the course of the next couple of years.

Looking back further, the 1783 Laki eruption  in Iceland, spewed out around 120 million tonnes of sulphur dioxide, causing temperatures to plunge across Europe and North America the following year. Further afield, the African and Indian monsoons were weakened, while rainfall was reduced across the Sahel, resulting in a dramatically reduced flow of the Nile. Even more dramatic was the impact of the great 1815 eruption of Tambora  in Indonesia, which drove severe northern hemisphere cooling that led to the ‘Year Without a Summer’ in 1816, failed harvests, and the last great subsistence crisis – there were famines – in the western world.

Promoting the belief that there is a technological backstop we can resort to if measures to cut emissions fail, makes it all the more likely that such measures will fail

Notwithstanding such contrary evidence from past events, those in favour of generating a ‘human’ volcano to limit the impact of global heating, claim that the risks are negligible. One proposal calls for injecting a stratospheric load of sulphur dioxide comparable to that ejected by Pinatubo, but maintained year-on-year for as long as it takes. The proponents say their modelling shows this could cut heating in half, with no nasty side effects, so everyone ends up a winner. Given the enormous variability inherent in any modelling and the extreme complexity of the climate, this is simply scientistic hubris.

Furthermore, other research suggests that any gains made by the cooling effects of sulphate aerosols would be offset by a reduction in plant growth, and a consequent fall in photosynthesis and crop yields. Other studies point to depletion of the ozone layer, potentially damaging impacts due to changes in regional rainfall patterns, and a fall in the efficiency of solar generated energy. Artificially reducing temperatures by loading the stratosphere with sulphur doesn’t do anything to reduce carbon dioxide levels, so the oceans will continue to become more acid, and the coral reefs will continue to die.

The way forward, then, must be pushing ever harder for measures to slash emissions on a scale and at a pace the science demands

The fact is, any attempt to use technology to reduce global temperatures constitutes a dangerous experiment. Intuitively – given the complexity of the Earth system – the idea that artificially maintaining high levels of stratospheric sulphur for a significant period can be accomplished without any drawbacks seems unlikely in the extreme. To ram this point home, Rutgers University climate scientist, Alan Robock, lists fully 27 reasons why climate engineering is a bad idea.

And on top of all of this, any such scheme would inevitably be enormously expensive and fly in the face of the human and legal rights of every individual on the planet.

Perhaps most crucially, promoting the belief that there is a technological backstop we can resort to if measures to cut emissions fail, makes it all the more likely that such measures will fail. If we think slashing emissions is not the last line of defence, then it is inevitable that our hearts and minds will be distracted by the possibility that we always have something else to fall back on.

Currently, we are not doing nearly enough – in terms of reducing emissions – to keep the rise in global average temperatures (since pre-industrial times) below the 1.5°C guardrail, which we must do to have any chance of dodging catastrophic, all-pervasive, climate breakdown. But accelerating societal and economic change to accomplish this is eminently doable. We only have to look at the extraordinarily rapid responses to Covid19 to see this. The way forward, then, must be to forget any suggestion that there is a handy technological fix waiting in the wings, and focus on the job in hand – pushing ever harder for conventional measures to slash emissions on a scale and at a pace the science demands. There really is no other way.

Order your copy of Skyseed from hive.co.uk, from your local bookshop, or any reputable online or high street bookseller

Bill McGuire is Professor Emeritus of Geophysical & Climate Hazards at UCL. His novel, SKYSEED – an eco-thriller about geoengineering gone wrong – is published by The Book Guild this week.