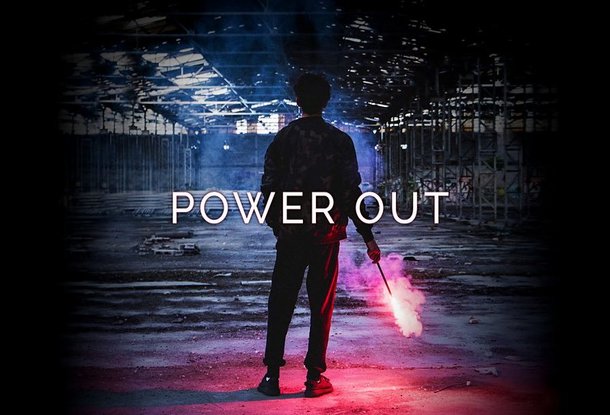 POWER OUT is a new BBC thriller about power and protest on a dying planet, starring Vinnie Heaven and written by New Weather’s Sarah Woods. It asks what happens when the power system we’re hooked up to fails?

If this is power, then POWER OUT: POWER OUT on the BBC i-player

Speaking about its release, delayed by the coronavirus pandemic, Sarah Woods says:

“POWER OUT was written, recorded and then scheduled for release just before lockdown – then delayed while it seemed that our appetite for anything perceived as more bad news or too serious “fell off a cliff”. In some ways, listening to it now feels like a journey back in time – but it also feels entirely apposite. While this narrative might seem different to our current situation, its pattern – and many of its ingredients – are the same.

In a world where, as Paulo Freire noted, people who are afraid of freedom are camouflaging that fear by presenting themselves as defenders of freedom – confusing freedom with the maintenance of the status quo – this is a story about a small group of people who take action for real change.

With the wonderful Vinnie Heaven playing Sean and the fantastic Sue Roberts directing, POWER OUT asks us to consider the systems we live with and how things are connected. To think as much about the relationships between things as about the things themselves. Those connections bring fluidity – between lots of things that we have for a while considered separate – like humans and other animals, like gender.

POWER OUT invites us to consider the future of power and the stories we tell about it, in a world that is changing rapidly – whether we like it, or see it, or not.”

All 10 parts are now live on BBC Sounds. You can find and download them here: POWER OUT on the BBC i-player

There will be a two-part broadcast of the drama on Radio 4 – the first part on August 26th and the second part on September 2nd, both at 2.15pm.

It’s also one of the Guardian podcasts of the week.

POWER OUT is recorded in binaural sound to give you a fully immersive sound experience when listening on headphones. It is a BBC Drama North Production.

If this is power, then POWER OUT