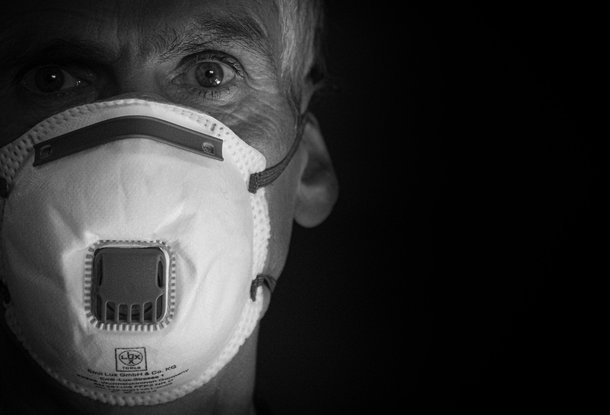 Sometimes we are enabled to see clearly. A light shines and we have the ‘intake of breath’ moment.

One such widely shared moment has been revelations about the brazen breaking by members of the government of their own public safety measures. Another such a moment, perhaps even more corrosive but less widely acknowledged, happened last week when the reasons behind the catastrophic unfolding of the personal protective equipment (PPE) scandal finally became clear in a report – Privatised and Unprepared: The NHS Supply Chain – written for the organisation We Own It. This excellent group campaigns on issues of public ownership: of the NHS, the railways, BBC and utilities.

The report shows in unnerving detail, just how impossible it now is for the NHS supply chain to respond, adequately, in time and in sufficient quantity to the current pandemic and, by implication, to any future pandemic, no matter how grave. It is authored largely by David Hall of the Public Services International Research Unit at the University of Greenwich – a world-wide guru on the impact of privatisation.

Since 2006, under a Labour Government and then enthusiastically followed by Conservative Governments, a privatised NHS supply chain has been created which, literally, cannot be controlled by Ministers – in other words, democratic control – and which has no ability to, or interest in, responding to public need. The march of privatisation has been inexorable.

The front end of the NHS – what we experience when we go to a GP, to A&E, to hospital, is still more or less intact as a publicly owned and accountable organisation. But behind the scenes, in the profitable and globalised world of buying and delivering medical supplies, the process has been almost completely sold-off.

In this privatised world – as we saw in the case of the tragic death of Dr Peter Tun (one of 300 health workers who have died of the virus) -demand for PPE has been tailored to supply and not the other way round.

Not only is there a four part process of profit extraction in the purchase and delivery of, say, an eye mask that actually works, but the procurement organisation the Government has built, on the advice of its expensive management consultants, has proved incapable of responding to a pandemic. It does not allow for buffer supplies, it does not allow for local or regional supplies, it does not allow doctors to order what they need without being given the approval of the supplying bodies. It has written off hundreds of British suppliers in favour of a small number of large companies, many of them global.

In 2018 the Government created a new body, the NHS Supply Chain.  The bun fight among private providers stepped up. DHL, the logistics company, had run that side of NHS supplies since 2006, but now lost out to Unipart, when in 2019 Matt Hancock set up Supply Chain Coordination Ltd (SCCL). It is 100 percent owned by the Government but has as its function, the privatisation of every aspect of NHS supplies and logistics. Deloitte is in there too. It is as if there is a perverse determination in which government will do anything to avoid using the actual expertise of NHS staff and networks.

The next brilliant development was the setting up of 11 ‘towers’ to deliver supplies. Procurement was divided into eleven different outsourced segments, known as “Category Towers” – each of which procures a different category of products, such as, clinical consumables, capital medical equipment, or non-medical products like food and office solutions – and each of which is intended to be managed by a different contractor, known as Category Tower Specialist Providers (CTSPs).

NHS trusts have been told not to source PPE from local suppliers, but to use this centralised system. In doing so, every piece of equipment goes through four separate layers of profit-taking.

These ‘Providers’ neither make the supplies, nor select a diversity of companies. Instead they tend to choose a very small number of companies to supply goods (thereby allegedly lowering prices by bulk buying) and dump the rest by leaving them off the list of approved companies. When a pandemic hits very few of these companies are able to respond to hugely increased demand. Hence SCCL’s focus on the management of demand – whatever the pressing needs of reality, instead of having the ability to increase supply to respond to what is actually happening. This labyrinth, designed by a blinkered, ideological faith in reductive notions of efficiency, explains why we have been hearing the appalling stories of British manufacturers not being able to even get through to anyone who could make a decision on their offers to make and supply PPE.

“Instead of being handled by civil servants directly employed by the NHS, companies like DHL are in charge of selecting suppliers for the NHS. These suppliers in turn select other private companies to make specific items, like PPE gowns for them, and then hand them to yet another private logistics company to deliver them to the NHS trusts. NHS trusts have been told not to source PPE from local suppliers, but to use this centralised system. In doing so, every piece of equipment goes through four separate layers of profit-taking.”

And the biggest share of the work of supplying the NHS – and the profits that accrue – goes to the following global companies:

DHL, the parcel delivery company, which is in charge of finding wholesalers to supply ward-based consumables, including PPE kits. In the last year, DHL advertised 64 tenders for NHS supplies, directly controlling at least £4 billion of NHS spending

Unipart, whichis responsible for delivering PPE through its £730 million NHS logistics contract. Unipart’s CEO promised to ‘cure the NHS’ in 2013 but its “just in time” approach goes against the need to stockpile medical goods, such as PPE.

Deloitte, which has won a series of major NHS contracts – for designing the procurement system in the first place and more recently for managing logistics for PPE and testing centres. “It’s been a nightmare to deal with Deloitte,” one British factory owner said. “They don’t seem to understand how supply chains work… why have they barely spoken to factories across this country who know how to make this kit?”

Movianto, which won a £55 million contract in 2018, ironically to provide a stockpile of equipment, mostly PPE, in case of a pandemic. The company was sold by its American owners to a French company in 2020. Plans for a warehouse to stockpile PPE fell through.

Clipper Logistics has been contracted to run a separate PPE channel for NHS Trusts, GPs and care homes. Clipper’s chairman Steven Parkin donated £725,000 to the Conservative Party in the last 5 years.

The NHS supply chain is now out of public hands. Decisions about what equipment to buy, who to buy it from, who gets it and how it gets delivered are all in the control of companies who are not easily held to account, whose interests are shareholder interests and not public health interests, and who in the current pandemic are failing publicly and tragically.

The final indignity is that the justification for such a system has always been presented as ‘efficiency savings’. There never were savings, except at the expense of a good NHS service

The dreadful chaos around PPE and the failure to provide it to medical staff and to care homes in time and in quantity is not an accident in an otherwise healthy system. The chaos is an inbuilt characteristic of a system which has expelled NHS experts from the whole supply chain, has abandoned local and regional hubs of knowledge, whether these are commercial manufacturers, or hospitals and doctors who know what they need, and which has replaced public need with private profit.

The final indignity is that the justification for such a system has always been presented as ‘efficiency savings’. There never were savings, except at the expense of a good NHS service, and there are not going to be savings now as the system has to be build up from the bottom again, and as the wider economy deals with the death rate and infection rate in part caused by this Government’s ideological passion for selling off the public good for shareholder dividend.

Image by rottonara from Pixabay.