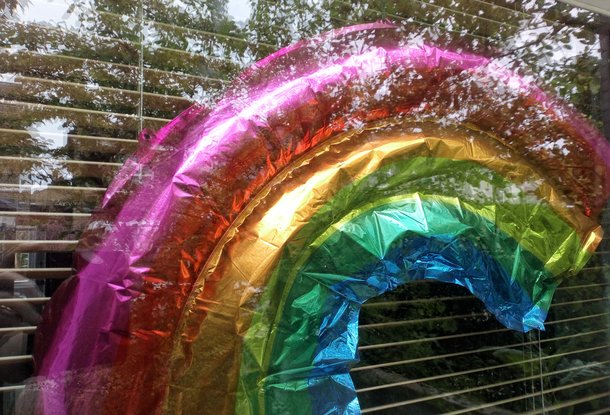 The Government and Professor Chris Whitty, its Chief Medical Officer, have, to be fair,  always told us that this and the next two or three weeks are going to be horrible and difficult. That the death rate would be high – almost 1000 people a day now – and that the lockdown would be hard or unbearable for many people.

We are living with sadness and anxiety but we are doing it in the right way. Now we have to ask if the Government is doing the right thing, if its share of the social contract is being carried out.

This is the truth. Good on the Government for telling us. But the truth and confusion surrounding its initial flirtation with ‘herd immunity’ (a euthanasia policy in all but name), problems with protective equipment (PPE), the supply of ventilators and oxygen, testing, tracing and tracking emerges unofficially.  Secretary of State, Matt Hancock, has promised 100,000 tests per day. Where are we on this? On 8 April just 10,713 people had been tested on that day, of whom around half were positive. There were 881 deaths. In total a quarter of a million people have been tested. The NHS staff numbers are 1.5 million. This is a huge failure and we have to call the Government out on it. Press coverage in the UK of perceived failures in official strategies internationally has been sharp, but of our own, deferential to the point of being supine.

The picture on PPE is confused and worrying. Again, figures of millions of masks and overalls are said to be being delivered to hospitals and surgeries – but there are enough reports of frantic doctors and nurses and care home workers to cast doubt at least on distribution.

We have to pull together. Clearly. Contrary to some random reports about idiots not social distancing, in general people in Britain are being astonishingly intelligent and committed to staying at home, abandoning the lovely sociability of normal life, and trusting the Government to do the right thing. We are living with sadness and anxiety but we are doing it in the right way. Now we have to ask if the Government is doing the right thing, if its share of the social contract is being carried out.

And it’s not clear that it is. Stay at home and wash your hands is not enough of a plan, not enough indication of leadership, planning and imagination. Initial truth telling has not been continued (not least with the handling of information on the Prime Minister’s health). The Government, oddly, has relied almost too much, selectively, on various modellers and not enough on its own agency to direct, do and plan. For all it’s clapping for health workers, this is a Government that believes its own ideology first – that most things can do without Government intervention, and that having strategies to diminish Covid-19’s impact beyond waiting for the death curve to flatten is fairly useless.

This pandemic is teaching us so much. We’re learning that we are a robust and altruistic society being directed by a Government that relies on those qualities in absence of a better plan. We’re learning that key workers are just that – and that the Government won’t even consider paying them more (step forward Dominic Raab). We should be learning that the new world we want must be built on recognising that the old world – shrinking the state, dispensing with ‘slack’ – which in fact represents an essential buffer – in all public organisations, basing our value on fiscal metrics only – is not only catastrophically unable to deal with pandemics or national emergencies, but is catastrophically unable to provide decent and sustainable livelihoods for vast numbers of its people even in normal times.

They are in charge but in denial and worse, incompetent

So, for the present, we should be ramping up our questions of the Government – their handling of this disaster is still horribly deficient. They are failing small and medium enterprises – the backbone of the economy – by only offering loans, which few can hope to repay, rather than grants, and even then through a banking system culled by its own, poorly regulated obsession with speculative activity, of the skills, capacity and even interest to operate for the good of the real economy.

And we should be clear that our future new world will need to be fought for in the knowledge that the Right, of which this Government is so committed a part, may believe in a small and powerless State, but will cling on like mad to the idea that they are the only people qualified to run the State, whatever size it is. In other words, they are in charge but in denial and worse, incompetent.