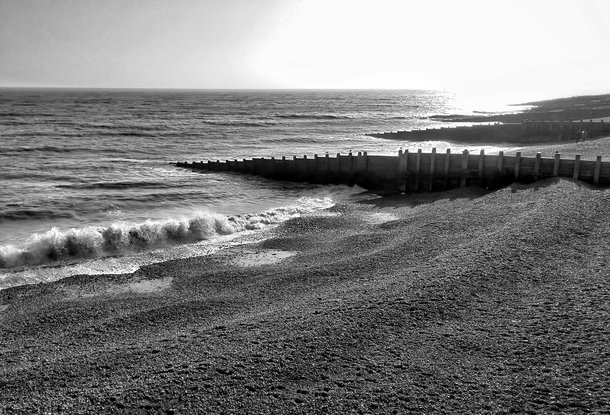 A little more than a decade ago, Margaret Atwood published The Year of the Flood – the second book in her dystopian MaddAddam trilogy. The flood in question refers to a waterless flood, which turns out to be a human-devised pandemic that wipes out most of world’s population. The book makes for sobering reading at a time when Covid-19 is still in full spate across the planet. The title of the book also reminds us, however, that other threats of flooding have not gone away.

As the world’s attention is focused entirely on the coronavirus and its far-reaching ramifications for society and economy, it is as if global heating has stopped; as if the climate emergency has vanished in a squeeze of hand sanitizer. As far as our planet’s climate is concerned, however, it is almost as if the pandemic never happened. True, the massive curtailment of flying and a dramatic reduction in economic activity is being reflected in reduced emissions, but the atmosphere continues to accumulate carbon, extreme weather never ceases to take an ever-greater toll on lives and livelihoods, and temperatures are still on the way up. Furthermore, the results of a new study, published recently, draw attention to the threat of a very different sort of flood, despite being all but buried beneath an avalanche of coronavirus reports, rumours and rhetoric.

Increasingly, observations are making the IPCC worst case look as if it is not a worst case at all

The new study harks back to the heady, pre-pandemic days of summer 2019, when blistering weather was shattering temperature records in the UK and across much of Europe. Unsurprisingly, the north polar region also roasted, with far-reaching implications for the future prospects of coastal communities hoping to stay above water as the planet heats up and the ice sheets crumble.

For people in the UK, serious heat waves typically translate to hosepipe bans, crop failures and a rise in heat-related deaths amongst the old and infirm in urban centres. At high latitudes, where extreme summer temperatures collide with a landscape of snow and ice, the ramifications are very different and of global concern.

Of course, the snow and ice always come off worst in such encounters, and such was the case last summer when the rate of melting of the Greenland Ice Sheet reached staggering proportions. Over the course of the last couple of decades, the ice sheet has shed an average of 289 billion tonnes a year. During the summer months of 2019, however, this figures touched an astonishing 600 billion tonnes over the course of just two months – sufficient to raise global sea levels by 2.2mm. This may not sound like much, but it represents a dramatic rise translates to an annual rate of well over a centimetre. More worryingly, it provides evidence for how sensitive the ice sheet is to sudden rises in air temperatures and for how quickly it responds.

While we all deal with the Covid-19 ‘flood’, let’s not forget that we are in lockdown on a still overheating planet

As the Arctic continues to warm, so longer and more intense heat waves are likely to see such melting rates increase even further and occur throughout more months of the year. For illustrative purposes, a melting rate of 1.1mm maintained across a year would contribute more than a metre towards global sea-level rise by 2100 – virtually on a par with the IPCC’s published worst case for the end of the century – and not counting any contribution from the Antarctic or thermal expansion.

Increasingly, observations are making the IPCC worst case look as if it is not a worst case at all – far from it. Global sea levels are already accelerating dramatically; annual rates climbing from an average of 1.4mm between 1900 and 1990, to 2.1mm from 1970 to 2015 and 5mm between 2015 and 2019. It is perfectly possible that we are already seeing a doubling of the rate of sea-level rise every two or three decades – only time will tell.

A doubling rate of 20 years would mean that by 2100, global sea levels would be at least 1.5m higher and hurtling upwards at an astonishing 8cm annually. While this may seem outlandish, it also fits with observations from the Southern Hemisphere, where Antarctic ice loss tripled in the five years between 2012 and 2017. A number of research studies, not addressed in the IPCC forecasts, also point in the direction of ocean levels surging beyond 2m by 2100 and continuing to climb by several metres thereafter.

So, while we all deal in our different ways with the Covid-19 ‘flood’, let’s not forget that we are in lockdown on a still overheating planet. The impact of the coronavirus is likely to tail off later in the year, but everything points towards a far bigger and far wetter flood in the future; one that we will have no protection against at all.

Bill McGuire is a co-director of the New Weather Institute, and Professor Emeritus of Geophysical & Climate Hazards at UCL. His novel, SKYSEED, about geoengineering gone wrong is published by The Book Guild in September.