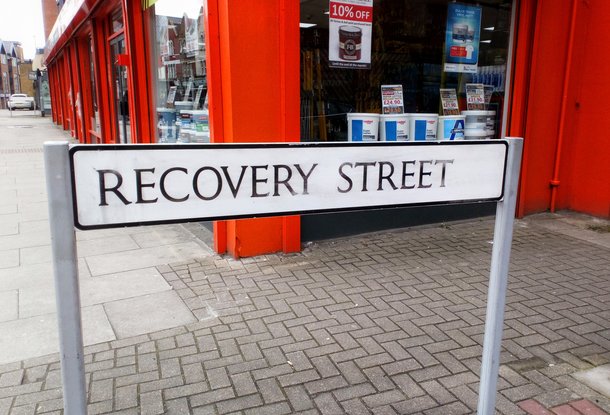 It looks like it’s going to be a national emergency, or, in Whitehall terms, a very grave civil contingency. Novel coronavirus – COVID-19 – one of those predictably unpredictable events, seems, to all but the experts, to have come out of a clear blue sky. It looks set to qualify as a UK emergency on the pattern of floods, foot and mouth disease, widespread public protest or, in an economic worst case scenario, something like the financial crisis of 2007-2008. There’s something almost quaint in how coverage in the UK has focused on whether or not crowds will still be allowed to attend major sporting events.

These were the three major events in 2000 and 2001 which spurred the then Labour Government- John Prescott, take a bow – to overhaul the antiquated arrangements, dating from WW2, that deal with potentially catastrophic events. Flooding, foot and mouth and the fuel protests led to the passing of the Civil Contingencies Act (CCA) of 2004.

There are three levels of emergency defined in this Act – ‘Significant, Serious and Catastrophic’. It looks currently as though our COVID-19 may be Serious, with potential to become Catastrophic if its impact becomes exceptionally high and widespread.

Not only do the civil contingency plans put in place look creaky, they operate within the political choice of austerity, a broader funding approach which has sold communities short, and a highly vulnerable economic model

This is the good news about civil contingency, that we have a national structure (based on Local Resilience Forums), and a Whitehall infrastructure to deal with the kind of emergency that we are seeing today. But it’s also where the good news ends.

The CCA was last reviewed a stunning seven years ago, in 2013. Since then, even with the Grenfell disaster, the Government appears to have done no new thinking or planning in this field. It is a level of nonchalance which may come both to haunt and define it.

We know that strong and informed leadership is essential in disaster response. But we also know that local community response, both formal and informal, is the key to protection and recovery. Whether it is a small island state in the South Pacific recovering from a cyclone strike, New Orleans after Hurricane Katrina, or an inner city neighbourhood rebuilding after a fire atrocity, local communities invariably are the primary responders to disaster. It’s a dynamic recorded by author Rebecca Solnit in her book ‘A Paradise Built in Hell’, which looks at a wide range of historic and contemporary disasters.

There is an ‘ecology of disaster recovery’ shaped by preparedness, but also by whether the economic model, and social and cultural norms, support resilience or undermine it.

The degree to which communities succeed reflects how the quality of local relationships, the strength of local economies, the agency, resources and capacities of local people have been enabled to thrive or suppressed.  There is an ‘ecology of disaster recovery’ shaped both by specific steps of preparedness, but also by the general circumstances of the community in question, whether the economic model, and social and cultural norms, support resilience or undermine it.

Here, the Government has abysmally failed. Its funding cuts – rising to almost 50 percent of local authority funding since 2010 – have meant the decimation of local groups which bring people together – youth services, pensioners services, mental health groups, sports activities. The police have suffered a 20 percent reduction as well as a rise in duties (dealing with the homeless).

So we are less prepared to come together to fight a national emergency than we were even in 2013, when the Government last deigned to take a look at civil contingency. And let’s not examine the 42 Local Resilience Forums too closely – apart from traditional flood areas (Humberside) they are groups of statutory and charitable services which meet rarely and have not lead the charge on civil emergencies.

The fuel protests of the year 2000 revealed ways in which other economic shifts rendered the country as a whole more vulnerable to shocks.

In Britain, until the early 1990s, secret food stocks of easily stored basics like biscuits and flour were held officially. Since then the Government has depended on retailers to keep ‘buffer’ reserves. To work, that relies on close coordination, something that appears critically lacking in the current situation.

When the Health Secretary, Matt Hancock, promised on national television that everything was in hand and that the supermarkets would not run out of food, he was quickly contradicted by the supermarkets themselves. Hancock claimed to be ‘working with the supermarkets’, while a senior supermarket executive said, ‘We haven’t heard anything from government.’

The problem is that a handful of highly centralised supermarkets control the great majority Britain’s grocery market, and operate on the basis of ‘just-in time’ delivery, designed to lower their costs. This means that they don’t want to have any substantial stocks lying around. When the fuel protests hit, it led to the fear, expressed in Whitehall by supermarkets, that we could be ‘nine meals from anarchy.’ A system with too little slack easily becomes a ‘shock propagator.’ The UK’s food self-sufficiency has fallen from around 78% in 1984 to around 61% in 2018.

So, not only do the civil contingency plans put in place look creaky, they operate within the political choice of austerity and a broader funding approach which has sold communities short, and also a highly, logistically vulnerable economic model, which has been hollowed out in the name of a narrow definition of efficiency.

One positive thing to result from the current health emergency, is a reminder of the degree to which we do still heavily rely on the public sphere – the NHS for care, the BBC for information – however denuded it might be with its back against a hostile political wall.

An outbreak like COVID-19 was unpredictable but, sooner or later inevitable. Climate emergencies are more predictable and also inevitable. A similar pattern holds for financial disasters too.

The sensible thing to do in the face of multiple and complex disasters is to design-in more resources, capacity and resilience at the local level where disasters are mostly managed. This means stronger local democracy and devolved powers, and it also means supporting more vibrant and diverse local economies less vulnerable to external shocks. Given the range of community level actors who are vital to managing emergencies, it also calls for genuinely civil, civil contingency planning, using participatory neighbourhood techniques, something which remote island communities long ago learned. First, though, we could abandon the wide range of policies making things worse.

2 thoughts on “Time for a genuinely civil, civil contingencies response”