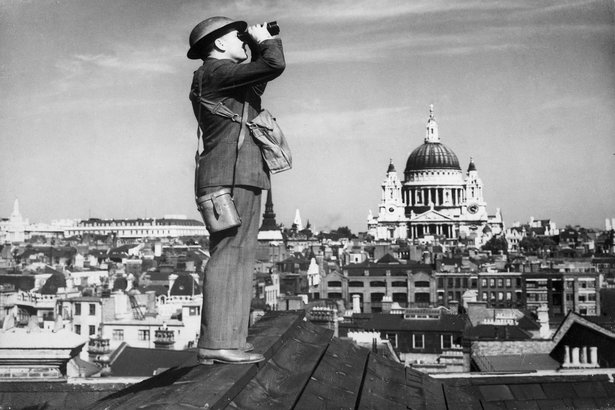 Noel Newsome took over the BBC European Service on the day that the Nazis invaded Poland, on 1 September 1939. He was a known maverick who often fought his BBC superiors- but may have saved the BBC in the process. His was the voice in the BBC which demanded truth over propaganda. The war effort, he believed, was better served by telling the truth, accurately and without bias, than by trying to persuade- Nazi style- that everything was going swimmingly.

The European Service of the BBC became in the next few years the biggest broadcasting operation in history, broadcasting in nearly 30 languages for a similar number of hours every day across three networks. Plus another English language channel where, as in all the others, the news had to sound recognisably British – on the grounds that this was more trustworthy – and which was soon more popular in the UK than the Home Service news.

It was so trusted, in fact, that an estimated 15 million Germans risked their lives to listen to the BBC – though it carried the death penalty if they were caught. Newsome used to scrawl “would you risk your life to listen to this?” across scripts he considered too full of official jargon. More about it here in V for Victory.

It was Newsome and his team who forged the BBC’s reputation for objective, factual, authentic news. The truth won them committed listeners and helped win the battle for ideas during a period when both sides were also committed to fake news and fake radio stations.

Of course it also brought them conflict with officials and ministers. For Newsome the real battle began in April 1940 with the disastrous attempt to prevent a Nazi invasion of Norway, when he and the rest of the BBC felt they had been tricked into broadcasting lies. Or as Churchill put it later: “Throwing dust into the eyes of the enemy”.

He was also developing an approach to the news with what he called a ‘moral’ core. He also believed their bulletins should be recognisably British, and that the ideals for which they were fighting should shine through every broadcast – through religion, art, literature and the whole orchestra of free culture.

It worked which is why we have BBC news now and not sub-Goebbels nonsense. There is no doubt that the sheer reliability of the BBC broadcasts in the early 1940s, and their absolute commitment to truth allowed people across the continent to face down the fake news radio stations that proliferated everywhere. This is one reason why the BBC became such a byword for honesty, which in many countries they still are – Gorbachev paid tribute to the BBC news after he had been imprisoned in his own dacha during the attempted coup in 1990.

What seems extraordinary is that there are people in the government now who have forgotten what an icon of Britishness the BBC remains and how proud other countries remain of it now.

So when former deputy prime minister Damien Green wrote on Conservative Home decrying the political attack on the BBC, the most revealing elements were the comments by Conservatives below the line:

“”The BBC is setting out to destroy our culture…”

“Garbage, Mr Green. The BBC in its present incarnation does not reflect Britain as it is today, unless you live within two square miles of Islington…”

“Just how far does the culture of paedohpilia [sic.] go in the BBC?

“With a hopelessly incompetent and dysfunctional Labour Party, the BBC Elite have now assumed the role of the Official Opposition…”

Even allowing for every governing party since 1922 feeling something along similar lines – and Harold Wilson in particular – and that most people get cross with the BBC from time to time, these come across as mildly bonkers. I fear they may be a reflection of the mind of the prime minister too.