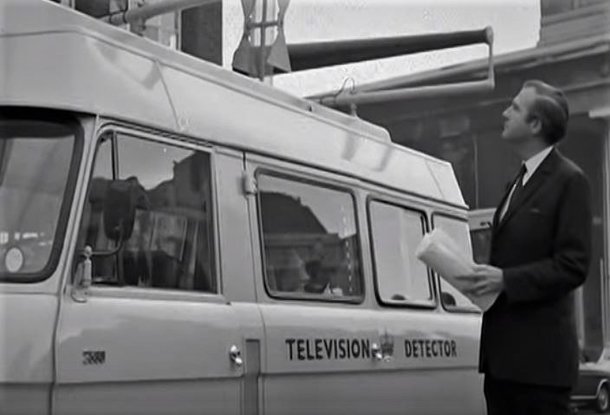 We now know the truth, courtesy of the Sunday Times revealing on 16th February that the Government, in the shape of the Prime Minister and Dominic Cummings, want to “whack” the BBC by dismantling it and abolishing the licence fee. Apart from being a monumentally disrespectful view of a great institution, which is core to British life and a vital international cultural ambassador for Britain at a moment when isolation threatens, it also, ignores the fact that this same Government has just launched a DCMS ‘consultation’ on whether non-payment of the BBC licence fee should be decriminalised. This consultation will last eight weeks.

Introducing an alternative enforcement scheme will have a direct impact on the justice system, the BBC and TV licencing, and on government revenue. In addition to likely significant set up costs, the ongoing cost of enforcement could also be higher, especially given the current procedure for handling TV licence evasion prosecutions is extremely efficient

Now, such a technical detail sounds boring and inconsequential. It’s not. It’s potentially deadly and it is essential that the Government is prevented from carrying out this weaselly and ideologically-driven plan. Because what it is doing, to put it another way, is laying a landmine to blow up the reach and independence of the BBC. It is doing so by trying to destroy the financial basis upon which the BBC maintains its central role as our independent broadcaster, and the truthful voice upon which so much of the rest of the world depends. The BBC itself estimates it would lose £200m in income if the system were to be changed.

There were 25.9 million licence fee holders in the UK in 2018/19 and income generated was £3.69 billion. Total BBC income was £4.89 billion – the rest, around 25% being from commercial activity like selling programmes abroad.

In effect, the Government is offering the chance to BBC TV watchers to watch for free – an option not offered by any other media content provider – safe in the knowledge that they will not be prosecuted for not paying the £154 a year licence fee, which amounts to 43p a day.

What are its reasons for this extraordinary largesse? In its briefing paper the DCMS refers to the impact of ‘disproportionate’ criminal proceedings, particularly on women and the very elderly. There were, in 2018, 121,203 convictions for TV licence evasion. But, there were only 5 imprisonments. The average fine was £176. The briefing notes that government policy is to avoid the proliferation of unnecessary criminal offences. The government, it says, is worried by the possibility of a ‘heavy handed’ approach to enforcement. It is alarmed by the impact on the ‘most vulnerable’.

Two reports in recent years, the Peacock Report under Mrs Thatcher, and the Perry Report under David Cameron, looked at de-criminalising non-payment of the licence fee, and both turned it down, to the disappointment of both governments at the time. They found that threats to prosecute non-payers seemed proportionate, and that the system was an efficient and fair way of paying for the BBC, while not being onerous to collect. The government itself recognises that the courts may mitigate the impact of conviction on the ‘most vulnerable’.

The reasons for looking at the subject yet again, given by the DCMS in this briefing document, are feeble at best. They can barely disguise the ideological motives behind it. But it is when the briefing attempts to outline the alternative civil arrangements that would be needed to replace the present system that it comes seriously unstuck.

It acknowledges – as how could it not – that the magistrates courts, the criminal justice system is superbly efficient at dealing with non-payment. Each case takes two minutes of a court’s time. The government has to admit there are no savings to be made by changing the system.

Compare this to the cumbersome alternative it suggests. It is worth quoting: ‘Introducing an alternative enforcement scheme will have a direct impact on the justice system, the BBC and TV licencing, and on government revenue. In addition to likely significant set up costs, the ongoing cost of enforcement could also be higher, especially given the current procedure for handling TV licence evasion prosecutions is extremely efficient and the reduction in cost to the Magistrates Courts will be very small. The changes will have a big impact on the BBC, which estimates that moving to a civil enforcement scheme could cost £45 million more in collection costs.’

So not only is it estimated that the BBC will lose around £200 million of current revenue from a new civil system, but it will also have to pay millions more to collect it.

What does the government want the BBC to do to make up the loss in revenue, and the costs of collection, of a new system? It does not say. We can surmise – advertising, cuts to programming and staff, cutting back on pejoratively tagged ‘bloated’ (a favourite word of BBC critics) management.

But given that the BBC had already had its World Service funding from the government cut in its entirety in 2015 (£245m annually, which it now has to pay for from the licence fee), and was ambushed by George Osborne when he was Chancellor, into paying for the over 75’s TV licences (estimated cost £745m), it’s hard to see how much further cutting it can do. The BBC has found some spine and will now only pay for the licences of over 75’s on pension credits – but this is still a cost of around £250m.

So, temporary Culture Secretary, Lady Morgan’s, previous talk of ‘valuing’ the BBC is pretty much nonsense. No government which valued the BBC would want to cut it to the bone. Let the government have its consultation but let us all – civic, fair minded Britain – to contribute to it in evidence that will help protect and save the BBC.