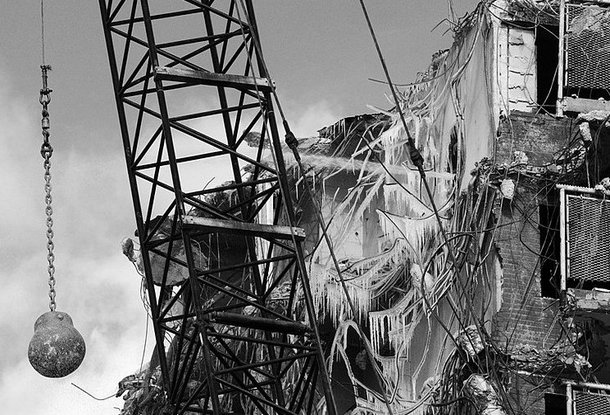 In the second post about the threat to public media in Britain, New Weather’s Lindsay Mackie unpicks the lines of attack being used against the BBC as government plans to financially undermine it emerge, and shows why they are little more than a thin veil for vested interests hoping to profit from its demise.

The vultures are circling the BBC. Our national broadcaster, reaching into and contributing to almost every area of our nation’s life, is displeasing  a Government which is wedded to the market and detests the public sphere. It is backed in this ideology by the billionaire media.

But, except for a few deep dyed libertarians no one actually says outright – abolish the BBC. They use instead a range of plausible seeming arguments which would, in fact, have the effect of starving the BBC as we currently know it. Here they are, in order of popularity.

The traditional method, Number 1,favoured by governments who want to rattle the sabre at the BBC, is suggesting changes to the licence fee. Oddly, Gary Lineker has just suggested this too- but there is time for him to change his mind.

Long ago Mrs Thatcher tried it with the Peacock Report. The expectation was that it would recommend abolishing the licence fee but alas for her the committee recommended keeping it, as the ‘least worst option’. The Cameron Government had another bash, with a twist, in 2014 when it appointed David Perry QC to look into the enforcement system for TV licence evasion. Alas for that Government, he too concluded that ‘the current system of criminal enforcement should be maintained, at least while the method of licence fee collection remains in its present form.’

In the background, there is vulgar abuse of the licence fee (currently standing at £154.50). The Spectator crowd refer to it as a poll tax. There are hills to die on by refusing to pay it.

Then there is the argument, Number 2, that the BBC is outdated. Everyone is watching Netflix. No one watches TV any more. It’s all streaming. It’s all digital. Young people wouldn’t know the BBC if it gave them a visiting card- which is about as old fashioned.

Then there is, oddly given Number 2, the line that the BBC is too popular. Number 3.  It makes shows that lots of people watch – Strictly! Gavin and Stacey! Line of Duty! It’s so unfair- why can’t they leave that to the streaming services, commercial companies. Why shouldn’t the BBC do the worthy stuff and leave entertainment to others?

Number 4. The BBC is a terrible organisation. It makes mistakes (Kobe Bryant). It pays men more than women and lots of people far too much (Gary Lineker). It is politically biased (Brexit/Remainer- Labour Left/Conservative Right)

We’ll take each of them in turn.

The licence fee. It’s badly named in the digital, playback age. It also has never – a crucial omission – indicated that it pays for every aspect of the BBC: the World Service, Radios 1-6, the children’s programmes, the farming programmes, the programmes that few watch but that are important. If it were renamed – the BBC Membership Fund Open to All, that would update it. But the key fact about the licence fee is that it is cheap (compare it to single digit channels on Sky etc) easy to collect, and fair. 129,000 people were prosecuted in 2018 and some of these are people with multiple debts which they don’t pay. De-criminalising non-payment will carve into the £3.83 billion raised from the licence fee. The government has already cut 17percent of this figure with its smash and grab raid on the over 75s free licence.

Argument Number 2. This needs digging down. Young people do watch the BBC – they just don’t do it at the same time the old do. BBC iplayer and BBC sounds are the places they go.  Reuters Institute research last year found young people in the UK watched their news online more than offline, and way more than the young audiences in seven other European countries. In other words, the BBC is reaching young audiences in the way that you would expect in a successful broadcaster. This is what the Reuters Institute found:

‘Despite broadcast public service news being much less widely used among younger audiences, offline still delivers wider reach than online in every case but the BBC. Despite younger audiences’ consistent preference for online news over offline sources, the BBC is alone in our sample in having significantly higher online reach among young audiences than in the wider public. In every other country covered, reach is lower or at best roughly the same’

Number 3. The BBC is too popular. This argument also needs a bit of digging. Public service broadcasting in countries where it is not allied to more popular content fails to reach the numbers needed even to listen or watch the impartial reporting of issues that are vital to democracies. So by extracting the BBC from the entertainment bit of the Charter not only do you weaken democracy, you also weaken the imperceptible ties that bind around programmes that millions love.

The other point about Number 3 is that the BBC is a huge employment resource for actors/writers/scene painters/musicians and so on but it is also a cultural resource. How many playwrights get a start on Radio 4? How many costume designers do we export to Hollywood as a result of BBC period drama? And the soft power it creates is massive.

Number 4. The BBC makes mistakes. Yes it does. So does the NHS. So does the Royal Family. So does the Government. But do not mistake these for structural flaws (although there are improvements we could make to the BBC structure. Starting with citizen representation.)

And as Frankie Boyle said this week: If you’re on the Left and you’re pissed off with the BBC and want to abandon, do just have a peek at Fox News, won’t you?

Next on www.newweather.org the BBC and the countries and regions of the UK.