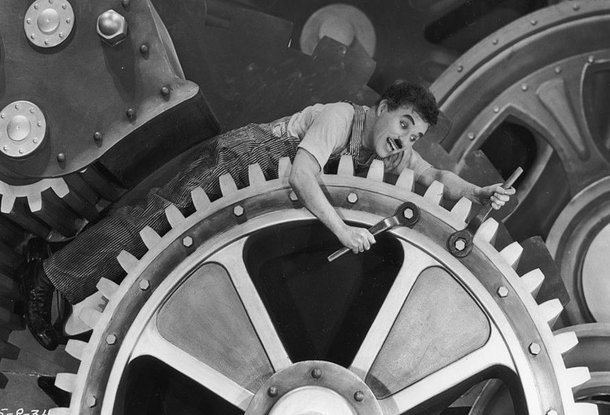 I have just in the last few days published a book on the much-derided tickbox culture (it is called Tickbox). So I am also aware, and especially now, about where people disagree. They point to another book, by the doctor and writer Atul Gawande, called The Checklist Manifesto.

Gawande describes the beginning of checklists following the fatal test crash of a B-17 Flying Fortress four-engined bomber at Wrights Airfield, Ohio, in October 1935.

It was already known that the separate checks necessary on each of the four engines made it a complicated monster to fly. It transpired that the test pilot – Major Ployer Hill, who was killed – had forgotten to release a brand new locking mechanism on the controls.

The committee of experts and pilots convened to make proposals for the future could have dodged the challenge and just called for better training. But they were honest with themselves, realising that Major Hill probably had more experience than anyone else in the air force. He could not have been better trained, but he could perhaps have been better prepared.

So instead, they designed a checklist for all the processes that pilots had to go through, before, during and after take-off. And vice versa when it came to landing.

This is still how flying is done safely to this day. If you saw the film Sully, about the strange story of the Airbus 320 which landed in the Hudson River in 2009, you would see the co-pilot reaching for the checklists telling him what to do if both engines failed. It is a good system, and it has been extended to other situations, notably in medicine and building control.

In fact, reading Gawande, you realise that the purpose of a checklist is very different from tickbox. Checklists put the power back into the hands of professionals. The checklist is for them – and for all of us – to use; as many as thirteen million use the website todoist.com.

Tickboxes are designed to achieve the opposite: to look over the shoulder of professionals from central headquarters, to remove their power and responsibility in the name of transparency or central control.

It is precisely this kind of system that face so many people working in the public and private sectors – the mixture of online tickboxes, KPIs, targets and centralised controls that their managers rely on to monitor performance.

This is the ubiquitous system I have called Tickbox in my book, and which explains – or so I argue – why we feel so badly let down by governments, services and companies alike.

Most of us know precisely what is wrong with tickbox – that most of these measures or targets either miss the point or get finessed by managers. Those who can’t see it tend to be the elite forces who run the world – and who believe what they are told by the frontline. And who dream of automated systems that can manage organisations without what they fear are messy human interventions or decisions.

The result is that officials tick boxes to allow them to move on but where nothing has changed. They seem to have done this for Grenfell Tower – someone must have ticked the box that allowed that dangerous cladding to go ahead. The problem, as so often, is not the system in itself; it is that, systems of that kind have to be gamed to work at all.

Because, in the end our tickbox targets miss the point and focus on the wrong things, when what we really want – love, care, education – isn’t measurable.

Or we find ourselves in a ridiculous complaints loop where it is impossible to talk to a real person who would understand our problem in seconds (try myHermes if you really want this kind of entertainment).

Or we get irritated by being asked on a five-point Likert scale how we would rate our latest minor interaction with the bank – where the rep ‘suggests’ that you might make it a 5.

That is a huge difference. Checklists are designed to empower; tickboxes to disempower. Checklists have a belief in human judgement at their heart; tickboxes want it replaced by algorithms designed by the elite. They may look alike. They may derive from a similar process. But there is actually all the difference in the world between them.

Find out more about Tickbox or buy the book!