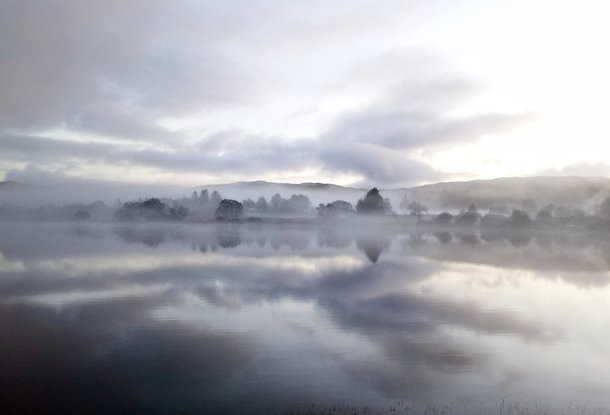 Each year the Financial Times newspaper investigates the UK’s upcoming economic prospects with a survey of analysts. New Weather’s Andrew Simms took part. The survey’s predictions often prove highly accurate. Like last year, the uncertainty of Brexit still clouds many things. The survey reflects the regular preoccupations of daily economics reporting, especially with regard to growth and consumer behaviour.  In spite of warnings in 2019 from the Governor of the Bank of England, for example, that financial markets are investing in a catastrophic climate breakdown, the urgent implications of the latest climate science, and what they mean for rapid economic transition are given no priority. Full responses from the survey’s participants are behind a paywall, so here are New Weather’s complete answers to their questions, on everything from uncertainty to growth, consumerism, monetary and fiscal policy…

The direction of growth should not be seen as the primary marker of success or failure for Boris Johnson’s Conservative government. It is asking the wrong question. If the anger of those who feel dispossessed – well directed or not – helped deliver Johnson’s majority, the measure of progress will be the degree to which the government can turn around their fortunes. That means economic activity which shares its benefits better and specifically in the places where they are in Britain’s regions – not just growth resulting from more money changing hands, for example, in the financial centre of the City of London. Additionally, a vital and universal marker of success today is the speed with which the climate emergency can be brought under control. Fortunately both of the above are readily available choices if the government opts for a vigorous Green New Deal type programme to deliver new, low carbon infrastructure all around Britain, especially in the North, and the energy efficient makeover of housing stock. A publicly led investment programme of this sort would pay for itself and operate relatively independently of Britain’s now less certain economic position in the world. It would also help to insulate the country from external energy and economic shocks. It is now more than 50 years since Bobby Kennedy famously observed that growth measures ‘everything except that which makes life worthwhile’. The FT’s own Simon Kuper recently wrote that, ‘our generation has to choose: we can have green or we can have growth, but we cannot have both together,’ also noting that choosing green was the ‘only way to prevent a climate catastrophe.’ What that more downbeat assessment misses, however true, is that ‘green’ is now also our best bet for the good kind of inclusive economic activity which improves quality of life in Britain that we need – regardless of whether that delivers aggregate growth. And if we have good, green economic activity which makes life better for people, whether or not the measure of GDP is rising or falling becomes a side issue.

Although the Conservative election manifesto contained relatively few spending commitments, fiscal stimulus is likely to be a large feature of the coming years. This will be the case for several reasons. Partly because the government will need to make up for on-going shortfalls in investment resulting from the continuing economic uncertainties surrounding Britain’s relationship to Europe and the wider world, partly also because it will need to deliver on its regional promises to the North, and partly because it will need to radically accelerate investment to meet its legally binding commitment to go zero carbon by 2050.  The government’s official advisor, the Committee on Climate Change, spelt out in a letter to the new administration that even the next twelve months were vital in taking action. For the run up to the UK hosting the next climate talks at the end of 2020, they highlighted the importance of public spending and called on the Treasury’s Net Zero funding review to identify ‘ways fully and fairly to pay for the transition, putting Net Zero at the heart of the UK’s economic strategy.’ With an eye on many shorter term targets, which would all have to be delivered under a Johnson government were he to win a second term they call for priority action on the UK building stock, early phase out of petrol and diesel cars, rapid expansion of renewable electricity generation, a mechanism to pay for emissions reduction from industry, as well as action on agriculture and a major expansion of tree planting. Productive public investment will play a role in all of these, with immediate action needed in all areas, which must be maintained for a least a generation.

The long shadow of austerity still falls across Britain’s households, and many of its politically driven measures are still locked into budgets, so it is unlikely that households will feel better off at the end of 2020. Whether they feel worse off or not could be a function of how successfully negotiations with the European Union proceed, and what the government does in terms of public investment. Superficially employment figures look good, but these hide a range of dynamics: the precarious nature of the current jobs market including insecure contracts and in-work poverty, slowing wage growth, declining vacancies, rising unemployment in some regions like the West Midlands and a real terms decline in wages in areas like the North East. The other looming factor is that household debt continues to rise and has risen by 25% since the immediate aftermath of the financial crisis. That’s bad enough and cause for concern, but should interest rates edge up it would make many already in difficulty much worse off.

Quite apart from change, one thing the new Bank of England governor will need to consolidate is its measures already begun to make the behaviour of the major banks and insurers safe from, and not contribute to, ‘the physical and transition risks associated with different possible climate scenarios, and the financial system’s exposure more broadly to climate-related risk.’ Placing climate stress testing alongside financial stress testing is a necessary and overdue measure given, as the current governor, Mark Carney, has pointed out, that the financial markets are currently investing for a 4°C climate catastrophe. Given all the wider economic and political uncertainties facing Britain it is extremely unlikely will do anything other than edge down. What matters is that low cost and patient capital is available to invest in the nation’s rapid, low carbon transition. While this may stray into other policy areas, the new governor should lend her or his voice to a greater flexibility and more innovation to allow local authorities and municipalities to be able to invest directly, crowding-in other sources of investment, to finance Green New Deals at every level.

Periodic and worsening financial crashes point to a memory loss problem in the world of economics. As the chronicler of the Great Crash of 1929, J K Galbraith put it, “The world of finance hails the invention of the wheel over and over again, often in a slightly more unstable version.” There is a danger that an over-confident government with a large major majority and a short memory may forget the lessons of the financial crisis of 2007-2008 and push ahead with the ‘bonfire of regulations’ that several Conservative pro-Brexit voices exhorted in 2016. The crash taught us that the pendulum between deregulation and checks and balances, between public and private, had swung too far in one direction. If it is allowed to swing still further in the direction of weakly regulated markets, and undermining and destabilising the public sphere – not only will it be self-defeating in economic terms – but in terms of the social fabric and protecting our underpinning ecological life-support systems, it will tip us over. The climate emergency and crisis of inequality requires us all to put preconceptions and ideological preoccupations aside, and find out what will work to bind a country together and to flourish within the bounds of its biosphere.