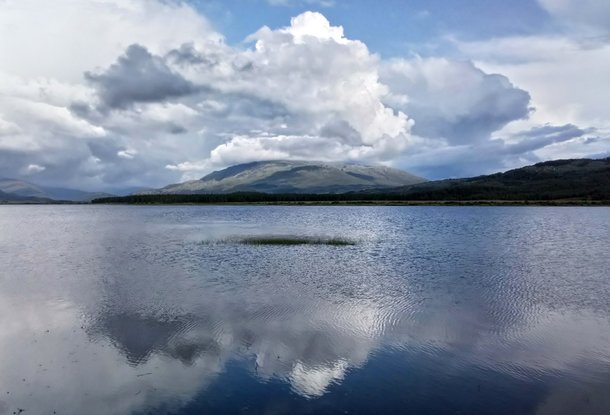 Even if we often pretend the opposite, we all know how appallingly bad flying is for the environment. Be as green as you like the rest of the time, but just one return trans-Atlantic flight a year will pump out enough greenhouse gases to cancel out all the other good climate works you might do. Worse, high-flying jets have a far more damaging impact on the climate than any polluting activities on the surface of the planet.

This is because of the soot pollution from planes, and because the water in the contrails they leave behind is also a greenhouse gas. When contrails dissipate, the water they contain forms thin, high-altitude clouds that are especially effective at keeping the heat in. As a consequence, air travel has double the effect on global heating than would be expected from its carbon emissions alone.

Still, people don’t seem to be able to get enough of flying, and this year the number of commercial flights alone is expected to be only a fraction under 40 million. This is a million more than last year and a whopping 50 percent up on just a decade ago. Probably the most insightful statistic is that, in 2019, one percent of global income (GDP) will likely be spent on air travel and transport. If military and other flights are taken into account, aircraft are forecast to pump out more than one billion tonnes of carbon dioxide this year, out of a probable total of around 38 billion tonnes. This is a relatively small percentage, but with the aviation sector growing at a rate of several percent a year, it is clear that something has to give if we are to slash global emissions at the rate the science demands. Otherwise, between now and mid-century, cumulative carbon dioxide emissions due to flying could top 40 billion tonnes; the annual total tripling to three billion tonnes by 2050.

But now, it seems, flying – at least across the Atlantic – might be even worse for the climate than we thought. Global heating and climate breakdown abound with tipping points and feedback effects. Many of these we still don’t fully understand, although they have the potential to hugely accelerate the rate of heating, thereby driving big and rapid hikes in extreme weather, sea-level rise and all the rest of it. Clearly, we haven’t spotted them all either, because research published at the end of July sheds light on a new one. In a vicious circle, accelerating global heating – partly caused by air travel itself – is contributing to transatlantic flights becoming bumpier. The cause lies in the Atlantic jet stream, a powerful high altitude air current that can travel at speeds of up to 400 km an hour.

While global heating doesn’t seem to be speeding up the jet stream, not yet at least, it is causing other changes. In particular, the new study, published in Nature, reveals that the wind speed increase with altitude (a feature known as vertical shear), in the Atlantic jet stream, experienced a 15 percent hike between 1979 and 2017. What this means, in practical terms, is that an aircraft crossing from one layer of air to the next faces a bigger jump in speed, causing more of the bumping and bouncing that we know as turbulence. Typically, this results in little more inconvenience than a spilt Gin & Tonic, but it can be far more serious, leading, in the worst cases, to damage to the plane and injuries to passengers and crew.

Next time you get itchy feet, do the climate a favour and head for somewhere closer

For a business as usual scenario, severe turbulence could well double or treble during the second half of the century. This would not only make flying far more uncomfortable, but also lead to longer flights – as detours are taken around patches of potentially dangerous turbulence – the consequent use of more fuel and, therefore, more greenhouse gas emissions. Pretty much a lose-lose situation for everyone.

So, next time you get itchy feet, do the climate a favour and turn your back on the silky sands of Thailand and the bright lights of Las Vegas. Instead, head for somewhere closer. Trust in Shanks’ Pony, get on your bike, or let the train take the strain. Now, it makes even more sense than ever.

One thought on “Why flying is heading for a climate tailspin”