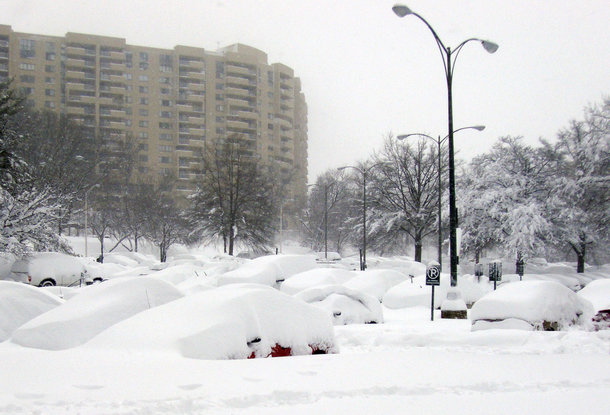 As different parts of the planet freeze and fry simultaneously, Prof Bill McGuire says global warming is no longer a future problem, the reality is here and now…

The term climate change never quite hit the spot as a description of what is happening to our climate as a consequence of human activities. Nearer the mark – as we shift from stable conditions to the unpredictable mayhem of freak weather and climate extremes – is climate breakdown.

It is happening now, for all to see. The last two weeks have seen Australia bake in an unprecedented heatwave, while much of North America has become transfixed beneath a carapace of ice and snow. While temperatures in Australia peaked just short of a blistering 50°C, during the country’s hottest month on record, many across the US Mid-West have struggled to keep warm in temperatures that – with wind chill – exceeded minus 50°C. It might seem illogical to link temperature extremes separated by half a world and a hundred degrees Centigrade, but they are quite clearly connected. Both circumstances are driven by the chaotic breakdown of the broadly stable climate that has persisted for more than 10,000 years. In that time our civilisation has developed and expanded to become a planet-wide threat to both to itself and other life.

The last two weeks have seen Australia bake in an unprecedented heatwave, while much of North America has become transfixed beneath a carapace of ice and snow.

Australia always seemed to me to be, effectively, a desert with a few green bits around the edges. Now, those green bits are struggling to withstand the extremes of weather that climate breakdown is driving. In the longer term, prospects for their survival look grim. Every Australian summer is now characterised by record-breaking temperatures and rampant wildfires. This year, the extreme heat was driven by a long-lasting high pressure system over the Tasman Sea to the east. Effectively this blocked approaching cold fronts and kept cooler air at bay. Conditions were exacerbated by the delayed arrival of the monsoon in the north of the country. The wholesale deaths of wildlife – including wild horses and fish – are just the advance guard of far worse to come.

And as the rivers dry up and rains fail, agriculture will struggle to continue in any meaningful way in the years and decades to come. Barely a week on from the sizzling conditions, parts of Queensland are under water as the arrival of the delayed monsoon brings further chaos. A staggering 1.5 metres of rain has fallen in some parts of the state over the last week, resulting in the flooding of more than 2,000 homes and pushing up the water levels in reservoirs to critical levels. The rapid switch from sweltering heat to torrential rains should come as no surprise; the pummelling from the monsoon simply drawing attention to the wild swings in weather that a dysfunctional climate brings.

Meanwhile, fifteen thousand kilometres to the north, millions across the US Mid-West, were wishing that some of the heat from down under might head their way. Here, the arrival of the polar vortex brought with it a blast of deep cold that saw temperatures across the country’s interior fall widely below minus 30°C; dropping to a life-threatening, wind-chill augmented, minus 55°C in parts of Illinois.

The phenomenon may bring mind-numbing cold, but – like the Australian heatwaves – it is firmly rooted in planetary warming and the resulting climate breakdown.

In keeping with the behaviour of a broken climate, temperatures this week are expected to reach 10°C or more, as severe cold is banished at a stroke by a blast of Spring. The polar vortex that has been driving the bitter conditions is becoming a regular winter visitor, not only to North America, but also to the UK and Europe, where it is identified as the cause of the so-called ‘beast from the east.’ The phenomenon may bring mind-numbing cold, but – like the Australian heatwaves – it is firmly rooted in planetary warming and the resulting climate breakdown. The polar vortex is a band of powerful, high altitude winds, which circulates around the North Polar region and acts to keep the cold confined to its natural lair. Increasingly, however, the wind band is starting to meander, releasing the bitter Arctic air and allowing it to plunge far to the south. This situation seems to be aided by a slowing of the jet stream, which crosses North America and Europe, and perhaps also by the increased melting of Arctic sea ice. So, while the phenomenon is a rarity in a stable climate, its increasing prevalence is another signpost pointing to the dramatic transformation our climate is undergoing.

We could be transitioning to another stable climate state, but one that bears all the hallmarks of a Hothouse Earth with temperatures and sea levels far higher than any seen in the last 1.2 million years.

At this point, it would be reasonable to ask the question: if our climate is breaking down, what is it breaking down to? What comes next? Worryingly, research published last year suggests that we could be transitioning to another stable climate state, but one that bears all the hallmarks of a Hothouse Earth with temperatures and sea levels far higher than any seen in the last 1.2 million years.

Even if we manage to keep the global average temperature rise to 2°C or even 1.5°C in the shorter term, a cascade of feedback effects could – over time – hike temperatures far higher. Ultimately then, the world’s climate will stabilise again, but it might not be one we would neither recognise nor be able to live with. Only time will tell whether or not this is to be our fate. Certainly, however, the failure to embrace a rapid transition to a low-carbon global economy, worsens our chances of dodging a Hothouse Earth scenario. In the meantime, as the climate continues to fall apart, weather will keep coming in ever bigger doses; wetter; drier; hotter; colder. Already, weather records are toppling across the planet – more than 65,000 in 2017 – and this trend is only heading one way. January 2019 alone saw another 37 temperature records fall. The fact that 35 of these were all time highs, while just two saw record lows, says it is all about which way the wind is blowing. Never has a rapid transition been more urgently needed to change the weather.

Bill McGuire is Professor Emeritus of Geophysical & Climate Hazards at UCL, and a co-director of the New Weather Institute. His current book is Waking the Giant: how a changing climate triggers earthquakes, tsunamis and volcanoes