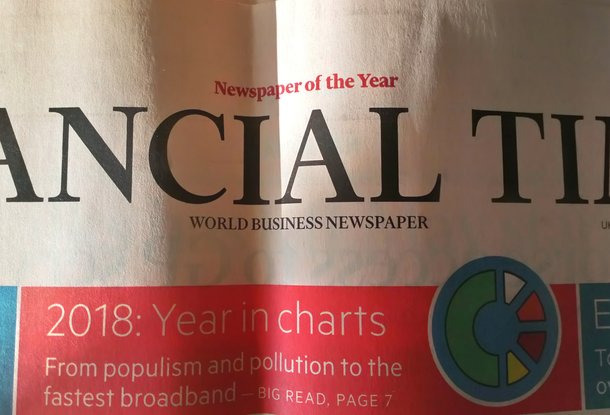 Each year the Financial Times newspaper investigates the UK’s upcoming economic prospects with a survey of analysts. New Weather took part. Last year, says the paper, the survey’s predictions proved highly accurate. For most the uncertainty of Brexit now clouds many things. The survey reflects the regular preoccupations of daily economics reporting with regard to growth and consumer behaviour.  Whereas the urgent implications of, for example, the latest climate science, and what they mean for rapid economic transition, do not feature, at least in how the survey is reported. Full responses though, are not included, so here are New Weather’s complete answers to their questions on everything from uncertainty to Brexit, consumers, monetary and fiscal policy…

It is hard to overstate the potential impact of the Brexit bridge-collapse on not just the UK economy, but its cultural climate and quality of community life. A wave of disingenuous commentary has claimed that previous negative warnings were wrong because ‘they haven’t happened yet.’ On one hand, rather obviously, that’s because ‘it hasn’t happened yet,’ but of course there are clear, discernible, signs of damage already. Business investment is shrinking, real wages stagnant, and even the brief boost from sterling’s depreciation after the referendum would seem to have run out with news that the UK’s current account deficit rose in the last quarter.

Just as damaging as some of these practical economic realities, however, have been the messages coming from political leaders. From the former Foreign Secretary, Boris Johnson’s, contemptuously insulting dismissal of the reasonable fears of business, to the former Brexit Secretary, Dominic Raab’s hilariously detached and blithe admission that he didn’t realise the economic importance of the Dover – Calais trade link to Europe, we have been witness to a technicolour display of incompetence that would be comic if it were not so critical. If an administration set out, wilfully, to create uncertainty and undermine confidence in the UK economy it could hardly do a better job.

Obviously the effect of Brexit depends entirely on what actually happens to it, and whether it happens at all, making any confident, particular projections impossible. That said, this very uncertainty, almost inconceivable so close to the date set by the government to leave the EU in March, is a clear indication that the confidence fairy is unlikely to be sprinkling any magic dust over UK plc in the next 12 months. All the things typical of an economy gripped by a high level of uncertainty, therefore, are likely to characterise the UK. Coyness by the government in publishing and being transparent about their own assessments of the economic impact on the UK’s future, glimpsed only dimly through this veil of doubt, is explained by what we do know.

Brexit poses a kind of comprehensive uncertainty, because it implies fundamental realignment, rather than resulting from a single economic shock or geopolitical event. And, even ‘normal’, single source uncertainty is associated with falling investment, delayed decision making, negative employment effects and greater volatility in markets. Some of these patterns are already playing out with both UK investment abroad, and inward investment heading down. So much, so bad, but potentially worse is how the all-consuming nature of the Brexit debacle has rendered government incapable of addressing urgent policy questions such as ‘future proofing’, by laying the foundations for a low carbon, resource efficient and high-employment UK economy.

The latest quarterly figures actually show real wages looking fairly stagnant, while households run down savings and rack up debt to maintain spending. Given the broader economic impacts of prevailing uncertainty it is hard to imagine households feeling better off by the end of 2019.

Even if real wages had continued to rise, loss of services and the divisive politics of Brexit, not to mention the long-shadow of the ‘hostile environment’ policy are likely to wipe-out any minor, potential feel good factors.

We need to remember also the ongoing, if increasingly overlooked, impact on local realities of government spending measures set under the shadow of self-imposed austerity. Even if real wages had continued to rise, loss of services and the divisive politics of Brexit, not to mention the long-shadow of the ‘hostile environment’ policy are likely to wipe-out any minor, potential feel good factors. In terms of the reduced availability and quality of a wide range of services – from libraries, to youth, care and sports’ services, that help determine how households ‘feel’, these effects are real, attritional and corrosive.

How far will the government act in 2019 on its promise to end austerity?

It is, perhaps, too obvious to say that how far the government will act in 2019 on its promise to end austerity depends, not only on whether the government is still in office to enact its promise, but on who will be leading it. However, on their own terms at least, its promise to end austerity whilst simultaneously ‘balancing the books’, is a bit like promising to bake someone a cake while telling the shopkeeper you bought the ingredients from, that you’re returning them because you’re over-extended. That said, I believe that from the outset, austerity was an opportunistic and ideologically motivated strategy to pursue longer term political objectives, and not a practical or sensible economic plan. It is something which has had the effect of harming those who were least responsible for the events which led to the policy, while the most responsible have subsequently gamed the system to escape harm or responsibility.

It is a simple fact that requires frequent repeating, public investment in services generates economic activity which results in revenues. Intelligent public investment in future proofing the economy, for example in support for low carbon infrastructure and technology, helps build those sectors, crowd in wider investment, generate further employment and leave us all better off. The badly conducted experiment with quantitative easing (QE) did, nevertheless, prove the existence of the allegedly mythical ‘magic money tree’. The point is that if you do have the magic of public credit creation at your fingertips, you should do good with it, not, as was the case with QE, allow it to be frittered through the banks into the useless inflation of luxury assets.

With so much uncertainty elsewhere, it is extremely unlikely, barring the need for urgent action in the light any sudden Brexit shocks, that the Bank of England will dramatically change course. Their cautious watch and holding of interest rate rises in the face of a tentative UK economy will likely continue. But it is important to remember that a wider range of factors than the Bank’s interest rate setting influence the cost of capital to key sectors.

The government is promising that the UK will grow whole new industries and transform existing ones. Yet solar power has been shut out from the energy sector’s Contracts for Difference for years and onshore wind has been starved of even the slightest breeze of official support.

For sectors which are supposedly key to the government’s industrial strategy, and include building ‘a low carbon, more resource-efficient economy,’ policy certainty, regulation and resulting perceptions of risk are key. The government is promising that the UK will grow whole new industries and transform existing ones. Yet solar power has been shut out from the energy sector’s Contracts for Difference for years and onshore wind has been starved of even the slightest breeze of official support. Meanwhile the government is ending the export tariff which allows small, often household solar generators to get a fair price for the surplus electricity they export to the grid. All these risks and uncertainties raise the cost of capital to the sector showing the need for much greater joined-up policy making.

Especially in the 10th anniversary of the full-blown financial crash of 2008, we should never again blunder so blind into a foreseeable crisis. And yet we are doing so, and on an even greater scale and with potentially far more dire consequences, in the blindspot we demonstrate in understanding the economy’s absolute dependence on a healthy, functioning biosphere.

In terms of long-term consequences for humanity, rather than just Britain’s place in Europe, the Brexit deadline, while critical, is trifling in comparison with the deadline to act to prevent climate breakdown.

Late in 2018, the Intergovernmental Panel on Climate Change (IPCC) published it’s much awaited report on how to meet the international target of limiting global warming to 1.5 degrees centigrade. It’s scientific conclusion was that to prevent such climate breakdown would require “rapid, far-reaching and unprecedented changes in all aspects of society”.  In response, and ironically to coincide with the launch of the government’s own ‘Green GB Week’, official backing for fracking for fossil fuels was given the green light, plans were announced for a huge new road in the south-east, incentives for electric vehicles withered, while the expansion of Heathrow airport is still going ahead and it emerged that Gatwick airport is trying to expand too by bringing a back-up runway into use.

Something fundamental is wrong. Elsewhere, the head of the oil company Shell responded to the new climate science by stating that “Shell’s core business is, and will be for the foreseeable future, very much in oil and gas.” Separately, BP announced new North Sea oil projects. Economic choices are being made, both public and private, which appear determined not to use innovation to transform the economy to thrive within planetary ecological boundaries, but to accelerate a catastrophic climate breakdown.

In spite of the publication in 2017 of the UK’s first explicit industrial strategy in ages subtitled ‘building a Britain fit for the future’, and an update in 2018 focused on the ‘grand challenges’ which included the pledge to lead the world ‘in the development, manufacture and use of low carbon technologies’, the government has acted with an almost single minded purpose to undermine and disable the green energy technology sectors.

What would action look like that might even begin to create the conditions for the rapid economic transition we need?

In terms of long-term consequences for humanity, rather than just Britain’s place in Europe, the Brexit deadline, while critical, is trifling in comparison with the deadline to act to prevent climate breakdown. What would action look like that might even begin to create the conditions for the rapid economic transition we need? Fifty years ago the world acted swiftly to agree a nuclear non proliferation treaty. In December 2018, the former US Defense Secretary, William Perry said that the climate threat compares to nuclear war. I recently proposed with my colleague Prof Peter Newell, that we now needed an equivalent Fossil Fuel Non Proliferation Treaty, to draw a line in the sand on any further expansion of fossil fuel energy and its dependent infrastructure. The City of London remains a major centre of fossil fuel financing and such a change in direction would do more to redirect energy to vital and productive innovation to ‘future proof’ the UK than anything else. Rather than creating self-imposed shocks like Brexit, or waiting for the next extreme weather event to hit, we should be learning from our proven ability to bring about successful, rapid transitions in a wide range of circumstances and planning ahead. Anybody interested in learning such lessons, and contributing their own ideas to them, can look at the new Rapid Transition Alliance initiative (www.rapidtransition.org) – that a range of forward looking organisations, including my own, have set up to do so. It provides some evidence based hope in a warming world, not to mention a country sinking in Brexit driven confusion.