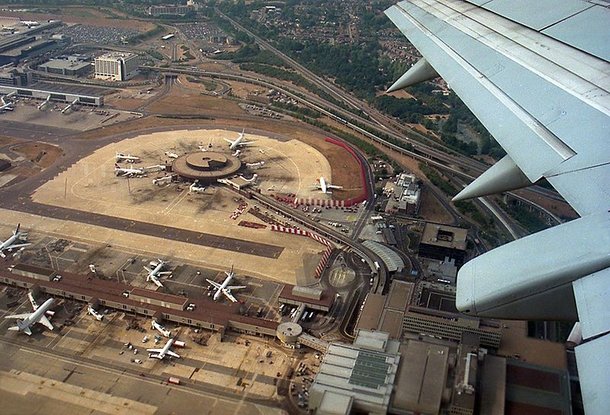 The New Weather Institute welcomes Bill McGuire, the world leading academic authority on climate hazards to its team. Bill has been writing for New Weather for many months, and now he will be even more involved with our work on a rapid transition to a fair economy that operates within planetary ecological boundaries. In his first post since officially joining our team, Bill assesses startling recent developments in the health of our climate, and questions the priorities of a media more interested in the brief inconvenience of an airport, than how the planes that fly from it are wrecking the climate humanity depends upon.

THE GOOD NEWS AND THE BAD

The good news is that I am now officially a co-director of the New Weather Institute, and delighted to be so. I look forward immensely to working with such a talented team and to hastening the switch to an economy that is fair and sustainable, while extending a helping hand towards an increasingly embattled environment.

The bad news comes from the climate itself. The World Meteorological Organisation’s (WMO) latest Greenhouse Gas Bulletin shows greenhouse gas levels in 2017 reached record high concentrations in the atmosphere. The globally averaged concentration of carbon dioxide climbed from 403.3ppm (parts per million) the previous year to 405.5ppm, while levels of methane and nitrous oxides – both potent greenhouse gases – were also up. Perhaps even more worrying, concentrations of CFCs – a group of gasses that contribute to warming and also ozone depletion – also rose, despite being banned by international treaty.

We have to go back 15 million years to find carbon dioxide concentrations this high; when temperatures were up to 5°C higher and sea levels up by as much as 40m

The news might be bad, but it is hardly unexpected. Although carbon dioxide levels plateaued for the years 2014 – 16, no-one seriously thought that this would last, and 2017 simply saw the resumption of normal business. The WMO reports that the last time carbon dioxide levels were this high was 3 – 5 million years ago, when the global average temperature was 2 – 3°C higher than today and sea levels 10 – 20 metres higher.

But the true picture is even worse. In fact we have to go back a staggering 15 million years – to the Middle Miocene – to find carbon dioxide concentrations this high; a time when temperatures were up to 5°C higher and sea levels up by as much as 40m. Is this what the future has in store for us? It would seem so.

You might expect such news to be the cause of widespread consternation; a ground swell of popular opinion that would force governments to launch a desperate action to slash emissions. Unfortunately, those in power – those who need to act – are content to take all this in their stride; happy to kick the responsibility to do something down the road.

It is almost impossible to imagine this immediate, existential threat to humanity remotely rivalling in coverage the blanket media furore caused by the temporary recent closure of Gatwick airport

As for the public, such is the continuing diffidence of the best part of the media when it comes to climate change, that such shocking revelations barely make the news, let alone the headlines. It is almost impossible to imagine, for example, this immediate, existential threat to humanity remotely rivalling in coverage the blanket media furore caused by the temporary recent closure of Gatwick airport (and with aviation a major source of climate disrupting pollution and Gatwick planning to increase flights). Forcing this point home, a recent report revealed how even much-hyped aviation techno fixes fail to rescue the sector from the damage it does.

It’s like crying murder when you stub your toe on a pebble and ignoring the mountain falling on your head. As a consequence, most people go about their daily lives in ignorance of the dire straits we find ourselves in, and with little or no idea about how bad things are going to get for their children and grandchildren.

And, unfortunately, the bad news doesn’t end there. In its World Energy Outlook 2018, the International Energy Agency forecasts that – as long as current policies prevail – emissions will keep going up, even up to 2040. Bear in mind that it is only a matter of weeks since the Intergovernmental Panel on Climate Change warned that – to stand any chance of keeping global average temperatures below 1.5°C – emissions must fall by 45 percent by 2030 and reach net zero by mid-century.

The huge chasm that lies between what is needed to prevent catastrophic, all-pervasive, climate breakdown and what we are on track for, provides an open and shut case for transforming the way the global economy and society work, not in five years, or ten years, or fifty, but now. Today.

That the failure to do so stands to devastate our civilisation desecrate the planet is, at last, being recognised. The mass civil disobedience movement – Extinction Rebellion – which exploded onto the scene at the end of October 2018, is demanding the UK government works to achieve net zero emissions by 2025 – just seven years away. Impossible I hear you say. No. Massively challenging yes, but not impossible if reducing emissions in a socially just fashion takes precedence over all else. It is simply a matter of priorities and resolution. Also championing a revolution in the way we engage with climate change is the

Rapid Transition Alliance – one of whose drivers is the New Weather Institute – which launched in December at the House of Commons, and whose name should be self-explanatory.

There can be no doubt, now, that the time for tinkering; for humming-and-harring; for obfuscating; is long gone. What we need – as we approach the 50th anniversary of the first moon landing – is nothing less than an Apollo Programme for climate change. Just seven years earlier – in 1962 – President Kennedy said, in a now famous speech:

Substitute ‘tackle climate change’ for ‘go to the Moon’ and it says all that needs to be said.