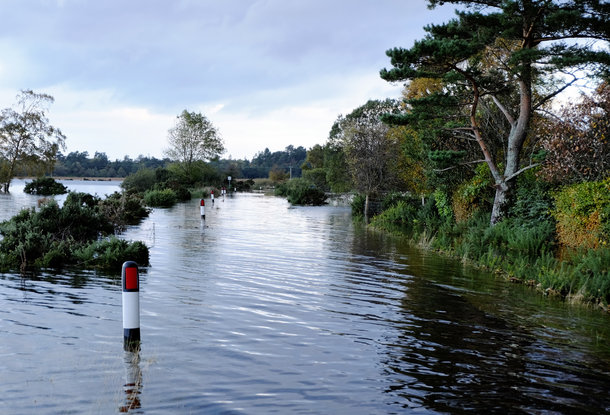 Seeing climate change at the very top of the news agenda after publication of the IPCC Special Report on Global Warming of 1.5°C warming was immensely heartening. By rights, the threat it presents is so grave that this is exactly where it should be every day instead, perhaps, of Brexit. Nonetheless, we should welcome the widespread coverage.

There is a problem, though, and a big one. For whatever reason, the report pulls its punches. Scary as it is, it holds back from presenting the full picture. A cynic would put this down to political interference. Every line of every IPCC report is routinely scrutinised by representatives of the world’s governments, including those lukewarm – to say the least – about climate change and the need to rein it in.

The United States, Saudi Arabia and Australia spring immediately to mind. Or maybe the report’s authors are holding back because they wish to avoid generating despair and provoking a ‘what’s the point?’ attitude that might stymie effective action. Whichever it is, and chances are it is elements of both, it is wrong and dangerous.

If we are to act appropriately in the face of the climate change threat, then how bad things are now, and how bad they are likely to get, needs to be spelled out

This isn’t the time for the IPCC either to kowtow to the wishes of national governments, or to disguise the reality of how bad things actually are. If we are to act appropriately in the face of the climate change threat, both as individuals and as nations, then how bad things are now, and how bad they are likely to get, needs to be spelled out clearly, without obfuscation or soft-peddling.

Unfortunately, the IPCC have seen fit not to take this course. As reported in New Scientist magazine, an early draft of the report, leaked in February, advised that ‘there is very high likelihood that under current emission trajectories and current national pledges the Earth will warm more than 1.5°C above pre-industrial levels.’ But this was watered down to become, ‘There is no simple answer to the question of whether it is feasible to limit warming to 1.5°C…‘ But even that seems to have been too robust for the final document, with the Summary for Policymakers – the only part of the report likely to be read by most decision takers – containing nothing more explicit than, ‘Global warming is likely to reach 1.5°C between 2030 and 2052 if it continues to increase at the current rate. (high confidence).’

We must be told exactly where we stand or how can we ever know if we are doing enough?

It’s not good enough. To know what must be done to keep below the 1.5°C guardrail, we must be told exactly where we stand. Without this, how can we ever know if we are doing enough? This is especially the case in light of a new piece of research published last month in Nature Geoscience, and therefore not addressed in the IPCC report.

The study looks at the possible implications for emission budgets of additional carbon dioxide and methane released as a consequence of thawing permafrost. The authors conclude that attainability of the Paris Climate Agreement is compromised by the fact that tipping points are not addressed and acknowledge that – whatever we do – we may already have breached the carbon budget for a 1.5°C rise.

This is hard news to take, but at least it’s honest. And it certainly doesn’t mean that it is too late to act. Even if we overshoot in the short term, the more we slash emissions now the sooner we can bring the rise back under the 1.5°C guardrail. Cutting emissions by 45 percent (on 2010 levels) by 2030 is a huge ask, as is a net-zero carbon world by mid-century, but not an impossible one. Sea-changes can and have taken place very quickly, and sometimes almost overnight.

Examples abound, from tackling the ozone hole, to drink driving, to – more recently – single-use plastics, for the wholesale and successful changing of public perception and behaviour over a short time span (to find out more, read the Rapid Transition Alliance report). To keep the global average temperature rise below 1.5°C, or as close to it as possible, we must embrace a rapid transition in the way we live our lives. For our children’s and their children’s sake, we need to rise up now, before sea levels do, not only to take individual responsibility for our own polluting activities, but to agitate for a government that will do the business on climate change, and not just the talk.

If you are of a mind to hope or believe that our current regime will pull its weight at this critical moment, then think again. This is also the moment that Cuadrilla has – with this government’s blessing – relaunched fracking operations at its Preston New Road site in Lancashire.