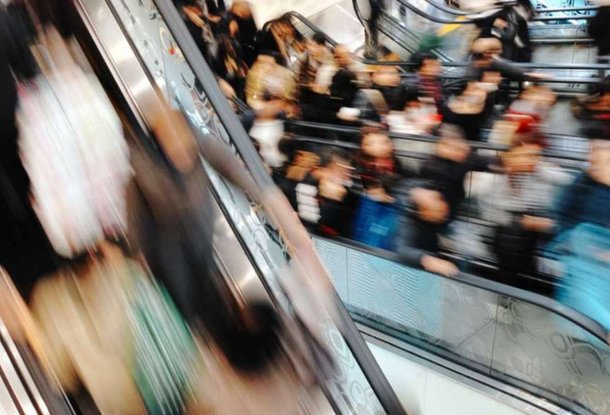 Efforts to change public behaviour to address climate change must learn from the great campaigns of previous decades on smoking, drink driving and the spread of HIV/AIDS, according to a new report.

The report, Climate and Rapid Behaviour Change: what do we know so far? reviews lessons from initiatives and campaigns for public health, disaster awareness and equality. It is the first publication of the Rapid Transition Alliance, a global initiative set to launch later in 2018 which aims to learn from past and current rapid changes to help achieve climate action at the speed and scale demanded by the science of global warming and the internationally agreed targets to halt it. A draft UN report leaked in June 2018 found that “rapid and far-reaching” changes would be needed to keep human-induced warming below 1.5C. Such changes are likely to involve shifts in behaviour relating to diets, transport and domestic life, as well as wider structural changes in large polluting industries or financial investments.

The report shows that past campaigns in public health have achieved significant changes in human behaviour and suggests that even faster changes may now be more possible than ever.

The report points to recent cultural shifts in diet and single-use plastics, sexism and attitudes to gender and identity as examples of accelerating change in society and culture, aided by the speed of new communication technologies and social media in spreading ideas. The Rapid Transition Alliance report finds that measures focused on behaviour change have been marginalised in the mix of policies considered for tackling climate change.

Past examples show that people are capable of changing even the most ingrained and addictive behaviours, according to the report. Previous campaigns have succeeded especially when accompanied by transformations in finance, infrastructure and culture. But the report’s authors warn that such changes are not simple to achieve. For example, the effort to cut smoking in the UK took a variety of interventions, including legislation on age limits, workplace smoking, public awareness campaigns, taxation and public information campaigns, support services and advertising.

Climate now and into the future is set to be among our greatest public health challenges. We now know more than ever about how to create the conditions for rapid behaviour change.

Pollution linked to climate change is causing unprecedented concern. In September, the EU Court of Auditors found that air pollution is responsible for an estimated 400,000 premature deaths a year. “Climate now and into the future is set to be among our greatest public health challenges,” said Andrew Simms, the report’s author. “We’ve shown in the past that surprising changes are possible in how people behave, in smoking, driving, antibiotics, and sexual health. We now know more than ever about how to create the conditions for rapid behaviour change.”

To be effective, behaviour change campaigns must be linked to wider structural changes. “The complexity of climate change means that to address it, we’ll need changes in areas ranging from food, to transport, manufacturing, water use, urban planning and finance. To be legitimate and effective, these need to be fair and democratic,” said Andrew Simms, “Past radical changes in behaviour are about inclusive cultural movements, not just government campaigns. In moving urgently to address climate change, we should ensure that the onus for change falls on those most responsible for it, and the benefits are shared by all.”

The Rapid Transition Alliance will be launched later in 2018 and is being coordinated by the New Weather Institute, the STEPS Centre at the Institute of Development Studies, and the School of Global Studies at the University of Sussex.

The climate is changing faster than we are – how do we speed up? The Rapid Transition Alliance is a global initiative learning from where, when and how good things happen quickly. We’re gathering and sharing evidence-based hope, to remove excuses for inaction. For more information see: Web rapidtransition.org Twitter @RapidTransition Facebook @rapidtransitionalliance