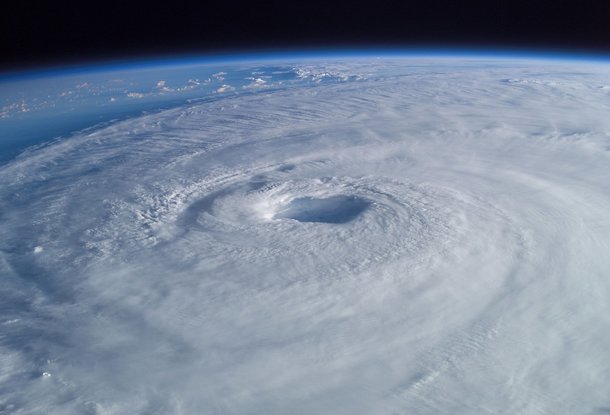 The BBC belatedly admitted mistakes over its reporting of global warming after public pressure and official censure. but the reporting of climate change is still inadequate argue Prof Bill McGuire and Andrew Simms

What did it take for the BBC to admit that its coverage of climate change was fundamentally flawed? Ofcom this year ruled that the Radio 4 Today programme breached its own accuracy guidelines. The same programmed was previously censured by the BBC’s own complaints unit in under similar circumstances and was criticised for not fully implementing the findings of a review in 2011 by the BBC Trust of the “accuracy of the BBC’s coverage of science”. Then, last month, dozens of environmentalists wrote an open letter in which they said they would refuse to appear on programmes in which climate sceptics had been invited on to provide ‘balance’.

Faced, in effect, with an interviewee strike, something finally shifted. The BBC’s director of news and current affairs, Fran Unsworth, sent a memo to staff admitting that, “Climate change has been a difficult subject for the BBC, and we get coverage of it wrong too often.” She went on to say that, “To achieve impartiality, you do not need to include outright deniers of climate change in BBC coverage, in the same way you would not have someone denying that Manchester United won 2-0 last Saturday. The referee has spoken.” This admission is long overdue and welcome, even if the Sunday Times still managed to report it as the BBC ‘freezing out’ climate sceptics. It’s easy to forget that the basic physics and chemistry of climate change has been known for centuries, and its link to the economic exploitation of fossil fuels for over a hundred years.

Not long ago the BBC had run a series of seminars for its production staff on science, and it had been close to engaging in a full public education campaign on climate change. But the seminars were cancelled, and it chose to step back from using its full broadcasting weight to ‘inform and educate’ about this era’s most critical challenge. Business has its own protected slot within news programmes, why not also the biosphere we depend on?

Now that after official censure and public pressure, we’ve had the belated admission of getting things wrong, can we relax? An absence of egregiously bad reporting of climate change is different from the presence of good climate reporting. There are still countless situations in which climate change is missing from news stories in which it has an importance and proper place, such as day-to-day coverage of fossil fuel companies, aviation, car makers and energy companies, infrastructure and transport systems such as new airport runways. Too often it is simply missing from the factual jigsaw where it is an important piece. And there are other times where it will take more pressure, and the vigilance of viewers, readers and listeners to ensure that the BBC lives up to its admission, and doesn’t slip back.

For example, a few weeks back, the BBC 10 O’clock News covered the unprecedented monsoon flooding in the Indian state of Kerala; the worst in more than a century. As ever, the report was revealing, professional and meticulously edited – apart from one sentence that caught my attention when the commentary impinged upon climate change. There it was, not the intrusion of outright denial, but a common caveat – easy to miss and probably not noticed by most – but nonetheless there; insidious, a hedged-bet sowing the seed of doubt in the ear of the discerning listener. Despite the indisputable evidence for climate change driving a significant increase in the number of extreme weather events, the BBC’s take was that this was something that ‘many scientists say,’ the implication being that there were scientists out there that did not accept this, so that this was still a matter for conjecture.

The corporation’s obfuscation and equivocation had gone too far. But their response to a complaint was astonishing; just a very short time before their editorial internal U-turn, they issued this line, the corporation said that ‘there is broad scientific agreement on the issue of climate change and we reflect this accordingly; however, we do have to ensure that we also offer time to the dissenting voices in the interest of impartiality.‘

It was almost enough to make you want to hurl a brick through the telly, but that’s never popular with the children. A single dissenting voice, informed or not, ideologically-driven or just plain nuts, was equivalent to so-called impartiality. I thought then that the BBC wouldn’t dare have taken such a bizarre and indefensible stance in the context of evolution, or of the Holocaust – and rightly so – nor in relation to the shape of the Earth (and, yes, there is still a Flat Earth Society).

Business has its own protected slot within news programmes, why not also the biosphere we depend on?

The BBC appears to have seen sense, if very late in the climate day, and only after official censure and public pressure. But there is still a very long way to go before the importance, and comprehensive relevance of climate change is properly reflected in the BBC’s output. Even more than that, there is almost a complete absence of programming which explores the full implications of action at a scale and speed to halt the worst of warming. That is another act, a sin of omission, almost as irresponsible as the initial false reporting. As a public service broadcaster we must now turn and hold the BBC to account for inadequate and under-reporting of climate change.

We should now start the ball rolling and complain whenever the corporation’s coverage omits climate change when it is a legitimate part of another story. An example from recent days might be when City traders were reportedly ‘braced’ for the impact of high oil prices driven by the impact on supply of Hurricane Florence, itself an extreme weather event fuelled in part by global warming, a consequence of burning fossil fuels like oil. There’s an irony wrapped inside a paradox. A further irony of course is that when the price of oil rises, oil companies make windfall profits.

We should also call-out when there simply is not enough coverage of the deeper implications of our changing climate. The watching, reading and listening public have a right to be informed about the likely consequences of the choices we are making in the economy, in our lifestyles, and in the world we are building around us. To make it easier, you can find out everything you need to know about making a complaint to the BBC here: https://bbcwatch.org/complaints/