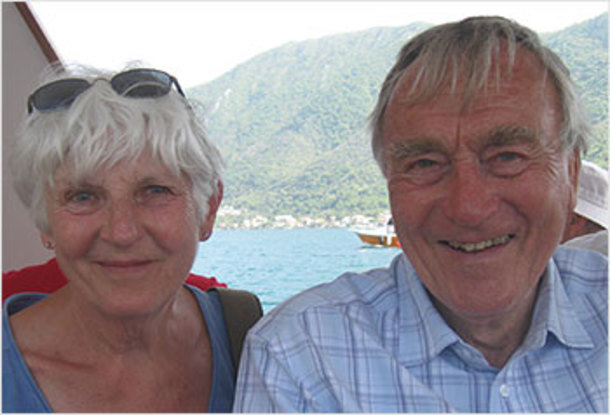 This week marks the 90th birthday of one of the pioneers of the new economics: James Robertson, one of the founders of the New Economics Foundation and a continuing inspiration to us at New Weather. It seemed like a good moment to reprise our 2016 interview with him about the pre-history of green economics…

The year 1973 was almost apocalyptic – war in the Middle East, the energy crisis, the three-day week, private armies, the imminent breakdown of society. It was all very unnerving. Nothing seemed to be working.

Perhaps that was one reason why the atmosphere was suddenly alive with alternatives. Ivan Illich published Tools for Conviviality. Fritz Schumacher published Small is Beautiful. And a former civil servant – James Robertson, the man who wrote Harold Macmillan’s ‘Wind of Change’ speech – was exiting swiftly from his job with the big banks to work full-time writing and speaking about the emerging post-industrial society.

He had been head of the Inter-Bank Research Organisation and had found himself involved increasingly with the ferment of new ideas.

“I didn’t criticise the banks, but we agreed that I’d had enough there,” he says now. “Looking back on it, I really think I was taking them for a lark because I was getting them to do things which they hadn’t hired me to do.”

At the beginning of 1973, he was on his own, with a desk and a research assistant – Alison Pritchard had been working in educational television in the USA – and expecting to be offered consultancy work. “Actually,” he says, “I found myself involved with much more interesting things, like the energy debate, alternative politics and what was then called the Conservation Society.”

In 1973, James joined the Campaign for Social Democracy, set up by Dick Taverne MP and stood against Tony Benn in Bristol South East at the February 1974 general election, immediately after the three-day week – this was a good seven years before the SDP was a twinkle in the eye of Roy Jenkins.

He won only 886 votes but garnered huge publicity from the support of the prominent Times columnist Bernard Levin.

But what really launched James on his new career was an article he wrote for the Sunday Times called ‘Can we have a non-profit society?’

At the same time, Alison was co-ordinating the Turning Point network – a range of thinkers and activists who were emerging with a bundle of ideas that looked remarkably coherent, and which were to emerge over the next generation as  post-industrial alternatives including the new economics.

A link was forged between James, Alison and their futurists and activists with those who were congregating around Schumacher, which was to prove the lynchpin of the emerging set of ideas.

“The first time we both met at a conference, I wasn’t very impressed by him,” says James now. “I had criticisms of him. There were certain things he missed out, like feminism, and I was surprised he didn’t go back in a revolutionary way to look at the monetary experience he had. But I came to like him.”

Alison says now: “He was a natural leader; people flocked to him – he spoke very well and he was funny.”

When Schumacher died suddenly on a train in Switzerland in 1977, James and Hazel Henderson had to step in as the main speakers on his speaking tour of Canada.

What firmly grounded the new movement was when James linked up with the former Guardian city editor Harford Thomas and wrote an ‘Alternatives Manifesto’ for the 1978 general election that was never actually called.

As such, he and his now wife Alison decided to set up home in the cradle of the original Industrial Revolution, in Ironbridge where they lived for five years before moving to their  home in Cholsey, Oxfordshire.

Meanwhile, the Alternatives Manifesto – with Harford Thomas blowing on the embers with his regular ‘Alternatives’ column – provided a critique that predicted many of the long-term trends that still wrongfoot the establishment today.

Despite the efforts of Harford Thomas in the Guardian, the word ‘alternative’ was officially frowned upon in the early 1980s. “There is no alternative,” said Margaret Thatcher only a few years before. There was disapproval of any other ideas, new or old.

That also went for the other leaders of what was then the G7. It was the spirit of the time. And it was the arrival of the G7 summit in London in June 1984 that gave birth to what is now the New Economics Foundation.

The idea of a counter-summit, that could challenge their right to speak for the future of the Earth came from the Ecology Party activist Sally Willington, who emigrated to Australia in 1989.

She presented it to the party council as the WEDGE project in July 1983 – a bid to get to grips with the ‘economics of more’ – after an article by Harford Thomas, urging the G7 summit in Williamsburg to tackle the issue of the unemployment on their own doorsteps.

She and colleagues planned to fly to Williamsburg to confront them, but were warned that the American authorities would refuse them entry. But still, wasn’t the summit going to come to London next?

Sally persuaded Jonathon Porritt, about to be appointed director of Friends of the Earth and then Ecology Party chair.  Jonathon believed a counter-summit required a new organisation to manage it.  He contacted James Robertson, whose influential book The Sane Alternative had recently been published. He and Alison hammered together a committee which met in Jonathon’s basement flat, around the corner from King’s Cross Station in London.

It was in Jonathon’s flat that James first suggested that, to balance the heads of government, the counter-summit should be called TOES (The Other Economic Summit).

TOES brought together a diverse mixture of environmentalists, radical economists, futurists, mystics and community activists. The three-day event attracted more than 140 people, and launched with a rally at Friends House on the Euston Road, chaired by the former British Ambassador to Washington and future BBC economics correspondent Peter Jay.

Among those on the platform was the World Bank economist Herman Daly, shortly to make his name as one of the godfathers of green economics, as the co-author of For the Common Good.

Of course TOES wasn’t the only challenge to the G7 leaders, over at Lancaster House – with TOES taking place around the corner at the RAC Club in Pall Mall.  There were protest vigils outside by Quakers, protest drumming by Buddhists and a major CND rally in Trafalgar Square.

But TOES also ignited something.  When economics seemed constantly to be the end of the argument for sustainability, when economists seemed lined up hopelessly for the narrow status quo, it was an attempt to pull together a new kind of economics that would work for people and planet.

Or, more accurately, it was an attempt to bundle together work by a wide variety of people in a range of fields as a single school of thought – a New Economics.  It was ad hoc, it was makeshift, but it was enormously hopeful.

TOES met again in a much bigger event the following year, and the papers of the two conferences were edited together by the green economist Paul Ekins as The Living Economy. By then, Paul had been appointed as the first director of the New Economics Foundation.

The rest isn’t yet history, but – thanks to new thinktanks in the same tradition (and we are staffed entirely by former New Economics Foundation people) – it will be one day.

One thought on “Happy 90th to the sane alternative pioneer”