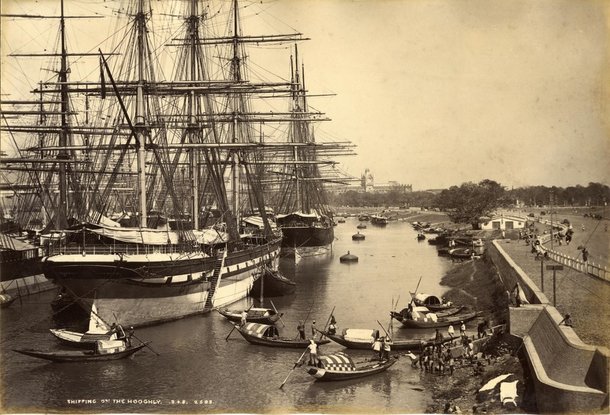 It is one of the great ironies of history that, east and west, the liberation of the agricultural slaves and serfs happened almost at the same time.

The people who carried out most of the work in the fields of Russia and eastern Europe and the plantations of the southern US states. The slaves were freed by the Emancipation Declaration of Abraham Lincoln in January 1863, though it needed another two years to win the Civil War and finish the job.

But the Russian serf declaration was made in March 1861, to cheers outside the royal palace in St Petersburg. That also took two years and came to fruition in February 1863, just five weeks after Lincoln promulgated his Emancipation Proclamation.

Both liberations were great victories for the anti-slavery campaigners, more than half a century since the first successes of the campaign against the slave trade. But they were also great disappointments for agrarian radicals.

Because, in both cases, the slaves and the serfs were catapulted from bondage into poverty. In the USA, slavery was replaced by peonage and debt bondage. In Russia, the land was valued at three and a half times its market value.

The impoverished serfs had to pay their former owners over a period of 49 years.  For many serfs, even the details of the terms weren’t agreed for decades. Just as the former slaves had been in the USA, many of the serfs were thrown on the mercies of the money lenders.

In short, it wasn’t enough to release the slaves. You also had to release them from debt and monopoly and the economic tyranny that replaced it.

By then, the basic tenets of free trade had been set out – by David Ricardo and by the political campaigner Richard Cobden.  Cobden died in 1865, so he hardly lived to see the aftermath of liberation. But he knew all too well that there were such things as economic manacles.

The thing was, if you just set slaves free, you could bind them just as firmly, by forcing them into debt and controlling where they could buy what they needed. Just as the Corn Laws forced the English poor to buy bread at inflated prices. That was why Cobden also gave his enthusiastic backing to the Rochdale co-operative pioneers, in his Rochdale constituency, who set out a new way of doing business.

So the original idea of free trade was not a simple license to do whatever you want, if you were rich and powerful enough. It was thoroughly aware of Adam Smith’s original warning that collusion between entrenched businesses can end in “a conspiracy against the public”. It was designed as a means of liberation – so that the small could challenge the big. The poor could challenge the rich with the power of the new approach. The alternative provider, the imaginative, liberating shift.

But over the past two centuries, the doctrine of free trade become its own opposite. Permission for the rich to ride roughshod over the poor. An apologia for monopoly and an extractive discipline that prevents the all-important challenge from below.

Somehow, the global economy has turned in on itself. Instead of promoting economic liberation, as Adam Smith envisaged, it has become a tool of enslavement. Not just for the underclass or for the poor in underdeveloped countries, but eventually for all of us – and especially for our children.

Here is the dilemma faced by the newly released slaves and serfs in the 1860s. They had nothing. To earn wages they had to pay rent on their tools, they needed the right to work on their former plantations. They had to pay ruinous rent on their new homes and they were offered loans to be able to do so, which they could never pay off. They had no choice where they bought their food. But it wasn’t ‘slavery’ because they signed the contract on the dotted line.

But was it? There was a sense in which the modern version of free trade has become an apologia. Not just for monopoly, but for the slavery of the underclass and the eventual servitude to the middle classes too.

Now, Friedrich Hayek relaunched the idea of liberal economics, based on free trade, in 1944, rejecting scientific socialism, deeply sceptical about conventional progress. It was stolen by American economists with a very different agenda. When Milton Friedman re-wrote The Road to Serfdom for an American audience (Capitalism and Freedom, 1962), it was no longer liberal.

Friedman redirected neoliberalism by denying that monopoly was a problem. The political crisis we now face is linked to these issues. Brexit and the Trump phenomenon appear to have been driven by the discontents of globalisation and free trade, as it has been interpreted by the current global elite.

That reaction has been deeply damaging but it paradoxically provides us with a glimmer of hope, as Joe Zammit-Lucia and I explain in our new book: Backlash – Saving globalisation from itself. Because a new kind of trade deal might one day look forward to a different understanding of free trade that was more in tune with its roots.

Aspects of it might look the precise reverse of free trade as it looks today. We say, for example, that trade deals must do the following:

Second. They need to be flexible and incremental. They can’t do everything. But they can start with the easier sectors and then start a process of alignment.

Third. They need to concentrate on helping small and medium sized enterprises rather than only large multinational firms. We suggest how this might be done in the book.

Fifth. They need to encourage innovation rather than oligopoly. Strengthen competition, not reduce it.

Finally. They need to build cultural and university links. Perhaps free movement one day, but let’s take Keynes’ advice for now and have the free movement of art and ideas.

Will Donald Trump grasp his opportunity and negotiate along these lines? Probably not. Unless that happens to be his whim one morning. But if he doesn’t, then somebody else will do. And, when they do, they will bring trade more into line with what people actually want and need.

New Weather @NewWeatherInst
RT @Jeremy_Williams: Where did all the #SUVs come from? @NewWeatherInst and @_wearepossible on the climate threat of oversized cars https:/…
(about 21 hours ago)

New Weather @NewWeatherInst
RT @RapidTransition: The report highlights the need to target the polluter elite yet we also need infrastructural change to support low car…
(about 23 hours ago)
Follow @NewWeatherInst