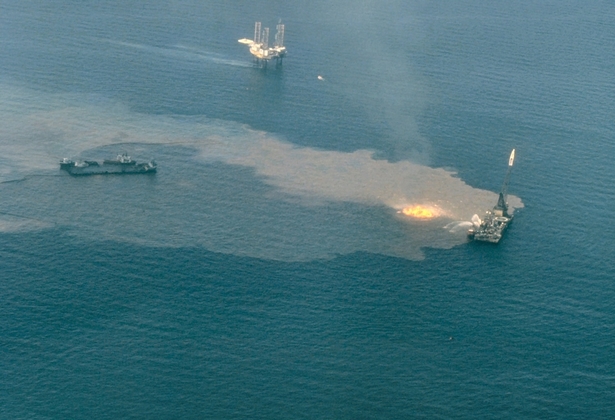 One of the peculiar implications of our obsession with oil and fossil fuels is the strange way the UK has decided to pay for the decommissioning of the vast swathes of concrete and steel that now litters the North Sea.

Under George Osborne, the Treasury decided they would pay for it by encouraging more drilling and oil production.

There is something worryingly circular about this pattern, which is after all the same way that he dealt with high house prices (subsidising buyers which makes the prices rise).

The fundamental problem is that maximising North Sea extraction in this way, in part to pay the costs of decommissioning – running faster to stand still – simply creates a larger burden for future generations, and especially given the health and environmental costs of oil and gas.

Then there is the problem that the underlying costs of clean-up are rising. Children in the UK are set to face an intergenerational bill for decommissioning North Sea oil and gas that is likely to be double the government’s target cost estimate, paying out more than £80 billion rather than the official target of £39 billion.

In arriving at the lower figure, the government ignored evidence from its own industry regulator of typical overspending, leading to a serious underestimate of the real costs.

The higher figure would be equivalent to a bill to each child in the UK of nearly £3,000, if the government allows North Sea oil and gas companies to escape their decommissioning obligations, according to new research from the Intergenerational Foundation and New Weather.

Rigged: How the UK oil and gas industry is undermining future generations estimates that the bill for the expensive legacy of decommissioning 3,000 pipelines covering 8,000 kilometres, 5,000 wells, 250 fixed installations and 250 subsea production systems, could exceed £80 billion, more than double the current government target estimate.

As the report says, rather than setting aside money to pay for decommissioning, the North Sea oil and gas industry and the government are together handing a tax burden on to a younger generation who did not benefit from the oil extracted but will be expected to pick up the bill for previous generations’ profligacy.

Perhaps the saddest element of all this – and the biggest mistake by a UK government for decades – was the failure to invest the proceeds of North Sea oil and gas as the Norwegians did. The other side of the North Sea, therefore, will not just be cleaned effectively, it will benefit their own population for generations to come.