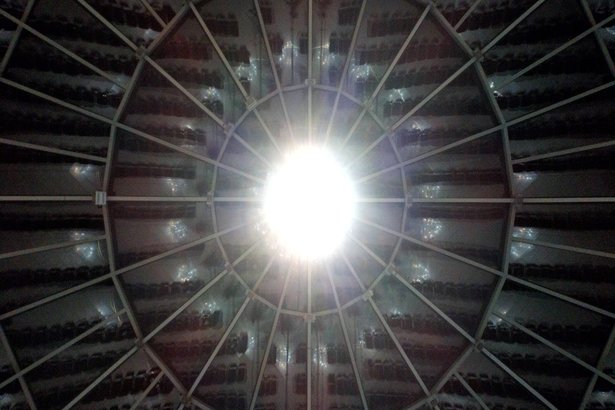 Economics associations from Hungary, Poland, Slovakia and the Czech Republic stage the first international conference on the 33 Theses

It was 29 years since I had last been to Budapest, a few months before Hungary’s first open elections at the end of the Cold War. After taking the train, 24 hours from London, stepping out of Keleti Station, the city today doesn’t reveal its best face first. Like a once glorious tapestry worn thin by age and use, unrepaired and attacked by moths, the old imperial architecture, an echo of Haussmann’s Paris, looks like it hasn’t recovered from the hangover of the First World War, let alone decades of Soviet domination and a sudden, shock encounter with late-stage, triumphal capitalism. But, as the cliché of travel writing goes, Budapest is a city that reveals itself to you slowly.

Responding to the publication by New Weather and Rethinking Economics in late 2017 of the 33 Theses for an Economics Reformation, the Hungarian Economics Association organised the first international conference to address them on 22 March. It was also the occasion for the signing of a memorandum of understanding between the economics associations and societies of the Visegrad Group of economies: Hungary, Poland, the Czech Republic and Slovakia. The Theses argue that there is a crisis in neoclassical and neoliberal economics, which are unable properly to account for current trends of environmental destabilisation, corrosive inequality and the related rise in political populism. Equally they make the case that mainstream economics is failing even on its own terms.

In 1989 it was very different. East Germans were driving through Hungary in their iconic Trabant cars to cross the border into Austria and consumer culture crash-landed in Budapest with advertising appearing and novel piles of German pornographic magazines being sold openly in piles in metro stations to the visible distaste of commuters. However, the process of political reform in Hungary, one of the first to fall away from the Soviet sphere of influence, had partly been triggered by environmental concerns. A campaign against a proposed dam across the river Danube at Nagymaros by the group Duna Kor (the Danube Circle) became a rallying point for broader dissent. In spite of the tone of neoliberal triumphalism, it was clear, even then, that everything was to play for. How the process of change was managed would have profound consequences. The danger was, I wrote in an article back then for Geographical magazine, that if the shiny prospect of pro-market reform failed to deliver its Western promise, there could be a longing for return to authoritarian rule, as I put it at the time, “Hungary has been a catalyst – a push to set the dominoes falling – but can the pace of change be maintained without destabilising social and environmental costs?” Returning in March 2018, once again just before an election, the presence of senior Central Bankers and leading academics at the Conference on Economics Reformation illustrated how Hungary is still actively exploring its economic options. Behind the sometimes worn facade, Budapest has a clean, efficient Metro and tram system, impressive public buildings, an astonishing range of cafes and bars, and a sense of calm and safety that should be the envy of cities like London and Paris. In economic terms, Chinese influence in the property and transport sector vies with Russian interest in energy, and the Franco-German trade pull of Europe’s centre. More peripheral British and American voices can be heard too.

Apart from shifting patterns of geopolitical power and an intellectual crisis of self-confidence within mainstream economics, still reeling from its loss of certainties after the financial crisis of 2007-08, the meaning of words has changed too. As the conference would hear, in 1989 a transition economy meant one shifting from central planning to deregulated, competitive markets and the rising power of finance. Today, increasingly, transition refers to the immediate, large-scale challenge of economies losing their fossil fuel addiction, lowering energy demand and shifting to renewable energy to prevent catastrophic climatic upheaval.

Gyula Pleschinger, President of the Hungarian Economics Association, stated the importance of embracing new economic thinking to open the conference. Ha-Joon Chang, Prof. of Economics at Cambridge University and world leading critic of the mainstream, pointed to the huge range of schools of economic thought, and to some of points of dissent within and between neoclassicism and neoliberalism. Friedrich Hayek, for example, rejected neoclassical views on perfect competition as resulting in a state in which, with everyone having perfect information, no one could influence outcomes to gain an advantage and therefore innovation becomes pointless. The tenacity of the mainstream in the face of its demonstrable failings he said was because, “Economic theories, such as trickle down, and policies like providing tax cuts to the rich, are protected from their own failures if they serve the interests of power.” And, of course, if power and distribution are ignored, conveniently markets can be left to themselves. Neoclassical economics, he said, promises equilibrium, but behavioural economics explains that for it to set in would take the whole of human history.

“Economic theories, such as trickle down, and policies like providing tax cuts to the rich, are protected from their own failures if they serve the interests of power.”

Akos Dombi, Head of Comparative Economics at the Institute of Business Economics, described the rise and fall of the myth of the nightwatchman state under neoliberalism, saying that it was now clear that the state “needed to be active in daylight too.” Historically persistent inequality within and between countries, worse in Anglo Saxon market economies, requires intervention to prevent unfair, negative redistribution and financial market instability. A barrier to change in the economics profession, he said, was J K Galbraith’s observation that, “Economists are most economical about ideas. They make the ones they learned in college last a lifetime.”

Absurd assumptions include a world in which time does not exist

The real problem, according to Zoltan Pogatsa, Associate Professor at the University of West Hungary, is the use by politicians, pundits and the media of a “vulgar”, caricature of neoclassical economics, one reduced to a simplistic pro-market formula. But, in some ways, he said this mirrored the “absurd simplifications” made by the models it relies on. Quite apart from externalising too much and being unable to explain why crises occur, he quoted economist Robert Solow’s list of assumptions within the models for which you have to suspend disbelief. These include a world without banks, savings, money or debt, where there are no transaction costs, all firms are small, there is a single, representative consumer and, most striking of all, time does not exist.

“Economists are most economical about ideas. They make the ones they learned in college last a lifetime.”

Magdolna Csath, Professor Emeritus in Economics at Szent Istvan University, painted a picture of university economics departments in which voices and analyses which depart from the mainstream find it virtually impossible to get employment. An outbreak of pluralism was long overdue, and vital for the health of the whole economics discipline, she said.

By convening a conference that challenges the economic mainstream so directly, the economics associations and societies of Hungary, Poland, Slovakia and the Czech republic have opened a debate that their counterparts in the Anglo Saxon economies should now rush to join.

2 thoughts on “‘Deconomisation’: the growing conversation on economics reformation”