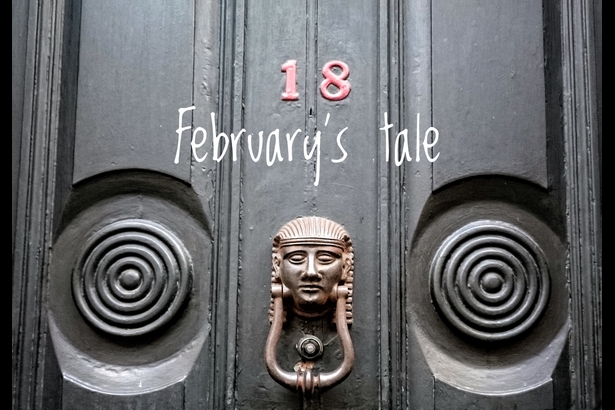 ‘Back with the fairies’, by David Boyle, charts the strange revival of beliefs in fairies, asks in an age of irrational politics what might be driving the phenomenon, and what it might mean about seeking both escape and connections in the modern world.  His investigations continue a new monthly feature from our project on modern folk tales for troubling times

Our first collection of tales ‘There was a knock at the door…’ is available from the Real Press and elsewhere.

Back with the fairies, by David Boyle

The year: 1991. The place: a Cornish country lane. An anonymous man is driving at speed when he suddenly sees an old, swarthy-skinned man, about two foot high, pointing angrily at him.

He screeches to a halt and realises he is on the wrong road and that, if he had carried on, he would have driven over a cliff. “I consider this ‘pixie’ to have saved our lives,” he says.

The story is in a developing census of fairy beliefs in the UK and it is a strange one.

It is partly strange to be talking about fairies in 2018. Because last year saw the anniversary of the events of the Cottingley fairies, where two small girls claimed to have photographed some of them, playing around a small Yorkshire brook.

It took nearly 70 years for them to admit that the pictures were faked – though one still claimed that one of the pictures was genuine – but the damage had long since been done. It was difficult for people to admit they harboured vestiges of beliefs in fairies, referred to by the historian Ronald Hutton as “the British religion”. After the Cottingley pictures, such belief became almost impossible.

Yet when the anonymous author told a recent ‘fairy census’ about his Cornish ‘pixie’, categorising what he saw, he falls back on the old explanations. Because, despite Cottingley, people still seem to have experiences which they categorise as encounters with fairies. Not usually winged, and strangely often when they are driving – and nobody really understands why or what it is they are seeing.

That is the message of a new book called Magical Folk, edited by Simon Young and Ceri Houlbrook, a book of essays which brings the fairy tradition up to date.  Simon Young is a folklorist who has revived the serious study of fairy beliefs by relaunching the defunct Fairy Investigation Society. This had been launched in 1927 by Quentin Craufurd, a former naval officer on the Dover Patrol, and at one stage boasted a membership that included Walt Disney and Air Chief Marshal Lord Dowding, the Battle of Britain victor.

By the 1970s, it had gone underground – fairies were deeply unfashionable – but Simon Young’s relaunch has also led to a major collection project in the form of the fairy census, which is not yet published (though the Cornish pixie story comes from there) but which demonstrates that people saw things they interpreted as fairies right into the current decade.

Perhaps most surprisingly, they see them also in London, or in their own homes. In the case of the harpist Elizabeth-Jane Baldry (one of the stories in the book), she saw one sitting inside her bin. Neither the book nor the census makes assumptions about what it is that people are actually seeing – or indeed whether they are actually seeing anything. It is the belief that matters.

It is hard to know what they see. Perhaps these are stories we tell ourselves based on peculiar psychic experiences, as Jung might have said. Perhaps they are actually seeing what they say they see. Perhaps people just register something in the physical landscape – a bird, a tree bending in the wind, animals moving furtively in the undergrowth, which their minds choose to interpret as the presence of fairies.

But why would they? We are all walking libraries of our cultural history, much of whose traces we remain consciously unaware of. They include millennia of stories in which we pattern our experience of the world to make sense of it. Whatever else they may be, fairies – like wood sprites and pagan gods – are also mythological manifestations that we project to manage our relationship to nature. In that sense, the rebirth of fairies is also a sign of a modern longing for nature.

There is a sub-classification of New Age which has for the last decade or so concentrated on fairy wings and fairy festivals. I have been fascinated with the idea for some time, but I’ve been careful who I tell. Some years ago, I wrote a novel about fairies (it is now called Leaves the World to Darkness): a major publisher was interested in publishing it – on condition that I took out the fairies.

Faced with this kind of official disapproval, it is hardly surprising that fairies dropped temporarily out of polite discourse.

It is now a century since Rudyard Kipling had Puck of Pook’s Hill claim that someone had “broken the hills” but found the fairies had gone. It looks as though, even in the era of Brexit, Trump and Google, there may be some flitting around and intervening in our minds, if not in our lives.

One thought on “February’s tale: back with the fairies”