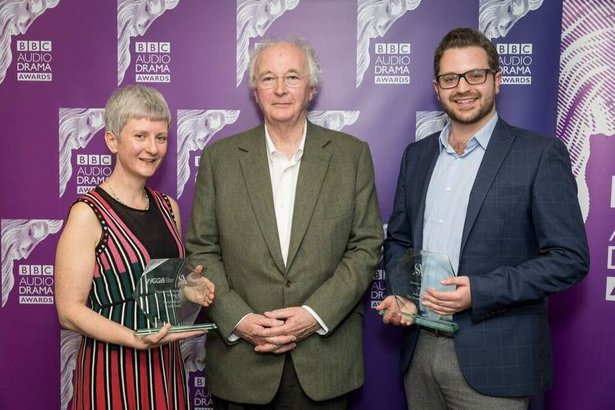 BORDERLAND by New Weather’s Sarah Woods has won the Tinniswood Award, for best original radio drama script of 2017. The prize was presented by author Philip Pullman, and Sarah gave thanks to the people and organisations she worked with on the struggles of those forced to flee their homes and cross borders, including Liberty, The Refugee Council, Oasis Refugee Centre in Cardiff and the Coventry Refugee and Migrant Centre.

Sarah said: “I am always drawn to what are the most useful stories to tell. Although I wrote this story and it is set in the future, its themes are drawn from people’s real experiences and are happening now.”

The judges said: ‘This was a dark and original dystopia that took an inspired perspective on issues of migration and identity. Set in the near future, the current situation is reversed and refugees are desperate to escape the UK. In their attempt to cross the border and navigate a passage over the Irish Sea, Layla and her daughter are pursued by the chilling forces of state security. This was an absorbing thriller, with Orwellian echoes, that had the judges gripped.’

Borderland will be repeated on Friday 2nd February, at 14.15, on BBC Radio 4. It was directed by James Robinson, BBC Cymru Wales, for Radio 4, who Sarah also thanked for his great contribution.