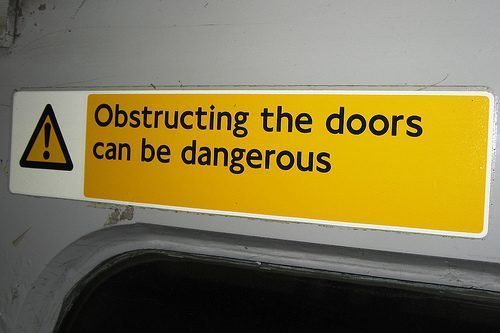 It is a strange thing, vouchsafed to few of us, to find ourselves vindicated by the National Audit Office of all people.

Yet I have been. I have explained here and elsewhere that the reason why the Govia Thameslink and Southern rail franchise had been such a disaster was that they did not, and still do not, employ enough drivers.

It is true that industrial action has hardly been irrelevant, but the Secretary of State’s (Chris Grayling) claim on the radio yesterday that it was all the fault of the unions has no foundation. It is based on a report he commissioned himself with a remit designed to look no further back than the start of the strikes. That was the purpose of the remit: so that, later, he could go on the radio and say precisely that.

No, the NAO report confirms, not just that GTR failed to employ enough drivers but that – as I have also explained here and elsewhere (see my book Cancelled!) – the franchise was so badly designed that GTR could only earn extra money by undermining passengers.

None of that was Grayling’s fault. He arrived when the problems seemed overwhelming. The reason he really should have been shifted to pastures new is that he appears to be a tramline thinker, predictable and unimaginative – except in the dull, playground way that our political classes seem to do politics.

Why are the railways performing so badly? Why was Virgin given a huge extra payment for the East Coast franchise? Why was Govia so badly organised? The answer to all of them is the same – there are far too few private operators prepared to bid. And they are still dwindling.

This isn’t just a rail problem either. A combination of shrinking budgets, giant contracts and monopolistic concentration has led to a similar issue across most privatised services.

To face this challenge, most of UK government – and Grayling in particular – go into battle, blaming the unions, spreading money to the remaining operators, and pretending there is no fundamental problem. Personally, it seems to me that the problem goes some way beyond private versus state – it includes why so few individuals want to run giant schools or hospitals just to be the punchbags of regulators.

In any case, this is unlikely to be a problem solved by re-nationalisation. Especially in rail transport, when those of us who remember the third-rate service provided by a state-run national British Rail, would prefer a more imaginative, democratic and devolved solution – probably mutualised too.

But if Grayling and his colleagues can think no further than blaming the unions, as they turn a blind eye again to the fundamental problems of market concentration, re-nationalisation is exactly what we will get.