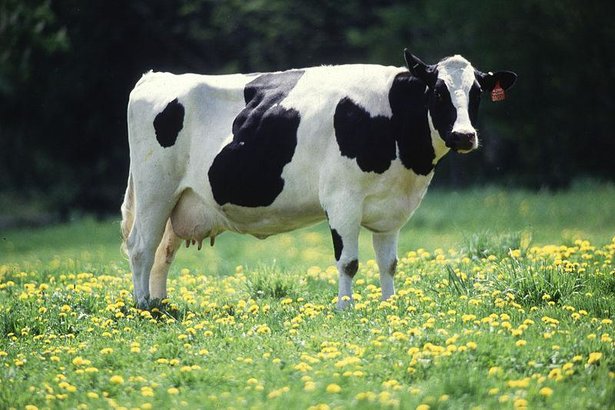 Systemic corporate failures are leaving our glass of milk half empty…

There’s a milk and butter shortage threatened, who would have thought it? And it’s accompanied by the usual, willfully ignorant media jokes about the French croissant becoming a rarity. Morrisons the supermarket chain has announced a price rise to accommodate the farmers, thus once again obviating the need for parody. Morrisons was among the more determined of supermarkets in beating down the farmers’ prices for their milk, at one point offering a four pint deal to customers for 89p at the time when it cost farmers around 30-32p per litre to produce milk.

Prices of milk to the consumer in supermarkets fell from £1.13 for four pints in 2014 to 99p in July 2015. It was another turn of the screw for remaining milk producers who had seen the wholesale price of milk fall by almost 30 percent between 1994 and 2010. Unsurprisingly this accompanied a dramatic fall in the number of UK dairy farms over roughly the same period, from 35,000 to 10,000.

And the siren voices are starting up again: there is a need for modern large scale dairying; we can import milk from efficient foreign producers; we ride this one out.

Here’s the truth. The same forces which have extracted mercilessly from other industries and taken the proceeds off-shore, and to private, personal wealth accounts, have battered British agriculture to a point where our traditional farms are decimated, the land is more and more degraded and the customers will now have to pay the cost in shortages and rising prices. Supermarkets behaved abominably – Tesco, Asda, Morrisons and Sainsbury in particular – in using their monopolistic market power to do down farmers. A lack of regulation and the flight of the State helped them. The Milk Marketing Board was abolished in 1994 and lo, milk prices then fell by a third over 20 years, benefiting consumers marginally and supermarket shareholders enormously.

Big is once again bad. Big becomes monopoly, as night follows day. Here’s Farmers for Action, a ginger group which tries to point out why British farming is in such danger: “We have to break the current mould where UK food policy is run by a cabal of supermarkets and the majority of our milk industry is controlled by overseas processors.” There is a big global company called Arla, producer owned, which controls much of the milk market and again doesn’t do much for the smaller, individual milk farmer.

So it turns out that we need small producers, in all areas of life, to keep diversity of source, to provide the contradiction to the belief that big must become bigger. To run short of butter seems a smallish thing but it is a basic Western food. The monopolistic market has its built-in failures. Monopoly in the food chain has ruined thousands of small dairy farmers and, it turns out, this has severe consequences for the supply of food.

And something to consider for another day – will Brexit encourage this diversity in farming and show up the fault lines in corporate agriculture or lead to further market concentration?