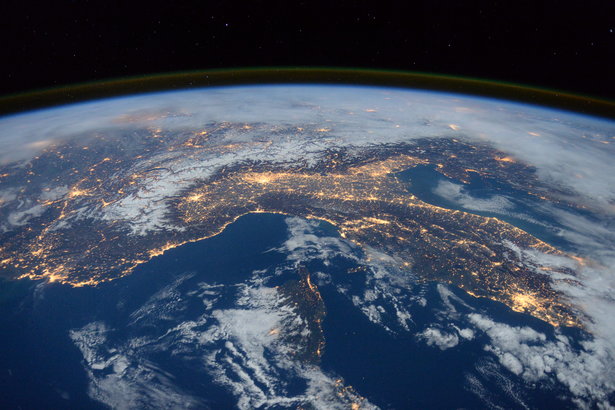 Nations may opt-out of the EU, and regions out of nations, but is corporate power inescapable? Lindsay Mackie reports on a vital, missing debate

Is corporate power a danger to democracies? This was the key, under-considered question that the New Weather Institute joined forces with the Politics Department at Lady Margaret Hall, Oxford University, to ask.

New Weather’s David Boyle set the scene by asking everyone – speakers, graduate and undergraduate students: that while countries can opt out of the European Union, regions can try to opt out of Spain, and Scotland can look longingly at independence – can any country opt out of Google?

Presenting and discussing were Professor Colin Crouch, the eminent sociologist and political economist who has done ground breaking work on modern capitalism, Professor Peter Fleming of the Cass Business School, whose radical, fearless take on the origins of corporate power had the audience gasping, and Professor Emily Jones of the Blavatnik School of Governance, who coolly laid-out the key facts about a supposedly free market that isn’t free at all.

Together the speakers’ evidence and analyses described a form of monopolistic capitalism that we now we live under, dissecting how the free market is presented as un unassailable reality instead of the carefully maintained fiction it is. They focused on corporate size, the abuse of law, controlling family nexuses of power, super-profits and ways forward.

Colin Crouch looked at size, saying that organisms which get too big are never competitive. Size is often the means of destroying competitors. And he launched a key word into the discussion- networks.” Uber is losing shedloads of money, shedloads – but that’s not the point of it. It will be building a huge network by losing money and when all competition is dead then it will reach the point it wants, raise prices, have a grip on cheap labour and then the money will pour in.”

Peter Fleming believes law schools are the hidden enablers of the giant corporations we have today, again, by legitimising the crushing of competition and opposition. Families are, unexpectedly, often at the head of these global organisations (he did not mention specifically the Kochs, the Mercers, the Bezos, the Gates).

After tax profits of corporations are at their highest since 1929, said Dr Jones. One in ten of publicly listed companies get 80 percent of total profits. This is allied to stagnant real wages (the US saw only a 9 percent rise in wages since 1970) and the absence of global rules on taxes for global corporations.

The solutions? Peter Fleming wanted to nationalise Google. But he also wants to ‘re-invigorate the public sphere” and look at ways of combating automation – one thought and a possible way ahead, would be the three day week.

Colin Crouch reckoned individual countries can’t do much to combat global companies. But he wants to re-empower citizens to be able to take action politically, locally and as agents with independence. Emily Jones wants Labour in the UK to address the ways of having a more inclusive society, one where citizens can claim real power.

If there was one message above all it was that we must regain local (which also means national) control. This may be hard to do, but without it we will be swept in front of a corporate behemoth which we have allowed to take the control that countries and regions and villages once held themselves.