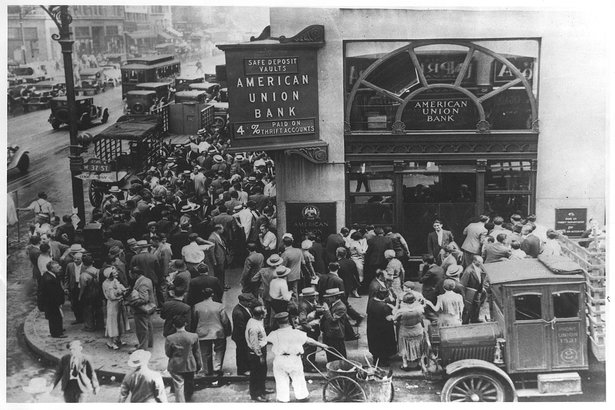 Did the banking crisis ever end, or continue in other forms? New Weather teamed up with Prime Economics on the anniversary of the crisis to ask the big questions

Ten years ago the former building society turned speculator in international financial markets, Northern Rock, experienced the first run on a British bank in 150 years. The trigger was when it asked the Bank of England for support.

Yet, Northern Rock itself had, up till then, been remarkably sanguine, even self-confident about its prospects. The chairman, Matt Ridley, also known for his views as a climate change contrarian, wrote in the annual report, that they’d had “another excellent year” and firmly believed “our strategy of using growth, cost efficiency and credit quality to reward both shareholders and customers continues to run well.”

But just a month before queues of nervous customers formed outside the bank’s branches to see if their money was still safe, the crisis had begun when inter-bank lending froze. The ripple effect of sub-prime mortgage scandal was beginning. Banks realised that the practise of bundling toxic debt into countless financial products had made it impossible to assess their risk and therefore price them. Lending came to a standstill and the Great Financial Crisis began in earnest.

On that anniversary in the middle of the summer break, New Weather teamed-up with Prime Economics, the network of economists critical of ‘mainstream’ economic theory, to discuss the continuing legacy of the crisis and ask, will it happen again?

Click here – Finance Shrugged – will the banking crisis happen again? – to listen to the four speakers debating what went wrong and the prospects for it happening again.

(note: the ratio of 6:1 quoted during the debate comparing subsidy to conventional as opposed to renewable energy refers specifically to Japan)