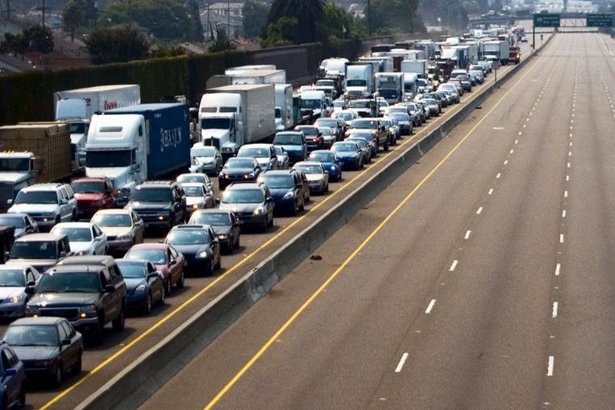 Bill McGuire is astonished at how a system of economic self-destruction still carries the label of ‘progress’, after long ago being called-out…

Enjoying one of the seminal works on self-sufficiency – The Fat of the Land by John Seymour; first published in 1961 and in print ever since – prompts me to question the notion of progress and what it means. Seymour was a broadcaster, activist, giant of the self-sufficiency movement, and writer of the first practical guide on the subject. He was also the putative inspiration for the iconic BBC comedy, The Good Life.

The Fat of the Land was one of the first of dozens of books penned by Seymour. Essentially, it provides a warts-and-all account of some years spent trying to make a self-sufficient life on a five-acre smallholding in Suffolk. But it contains so much more and is way ahead of its time in relation to grasping how the modern world is destroying much that was previously held dear. Seymour never minces his words and rails against everything from the despoiling of the environment to our constant quest for more ‘stuff’ and what he calls the ‘industrial world’ in general. Hardly surprisingly, he questions the whole idea of progress as defined in the middle of the 20th century – and which pertains even more so today – purely in economic terms. As Seymour observes; ‘one can progress in so many directions. Up a gum-tree for example.’

Taking a look at our world more than fifty years on, even at risk of straying outside my comfort zone of my discipline, it is hard to disagree that this is exactly where progress has taken us. We inhabit a planet in the middle of a mass extinction event driven almost entirely by human activities, which is warming perhaps faster than at any point for at least 55 million years, the land of which has been so despoiled that it may struggle to provide another 60 harvests. Is this progress?

There are plenty of commentators around today – mostly, but not all, on the libertarian right – who feel it is their duty to load us down with facts and figures that demonstrate irrefutably that we’ve never had it so good. The poorest are not dying as young and fewer face starvation as frequently, which everyone would agree was a good thing. But progress is such a diffuse concept, that facts and figures can be plucked from almost anywhere to demonstrate we are moving forward. There are just as many that demonstrate we are not – as individuals; as a society; and as a world. Can human civilisation really claim to be making progress when eight individuals hold as much wealth as the poorest half of the world’s population? It it really possible to cast the transformation of our 21st century world into one that is overheated, biologically impoverished and hugely unequal, in terms of progress? If he were alive today, I am pretty certain I know what John Seymour’s answer would be. And I would agree with him.

John Seymour’s Fat of The Land is republished this year by Little Toller Books (www.littletoller.co.uk)