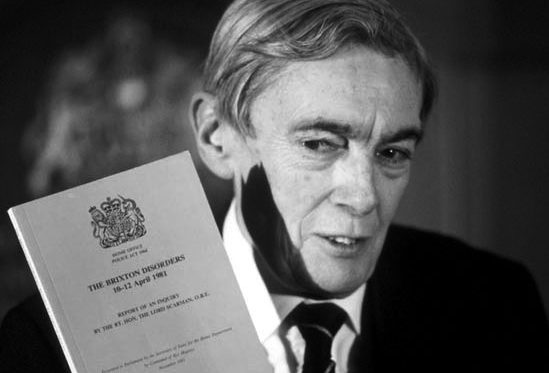 There are now serious doubts that Sir Martin Moore-Bick, retired judge of the Court of Appeal in England, will be able to take up the role of Chairman of the Grenfell Tower fire public inquiry.

Residents say they have little faith in him; the local MP has called for him to step down. David Lammy MP has said that its a pity that the Lord Chief Justice chose a member of the white establishment to head an inquiry into a catastrophe which overwhelmingly killed people of colour. There is astonishment among all these individuals and groups that the local community round Grenfell Tower was not consulted in the appointment.

There continues to be an insistence by the Government, and the Justice Secretary David Lidington, that Sir Martin will carry out the inquiry with impartiality and a determination to get to the truth. But the Government should be worried – and one sign is that it is changing tack on the terms of the inquiry which originally was set out to determine why the fire spread so quickly, and what the internal precautions were. The Justice Secretary has seemed to suggest that residents will be consulted before the terms of reference are finally decided.

It is incredible that the Government, piling folly on dangerous folly, set up an inquiry on terms that no-one connected to the Grenfell Tower and community wants, headed by a man whose first publicly quoted statement was that he did not think he would be able to give the survivors and victims what they wanted.

The inability of the public inquiry system to recommend criminal proceedings has also been strongly criticised. In public the government seems to be setting up a binary system of inquiry – either a technocrat who can understand complex technical matters, or a judge with empathy. It suggests, weirdly, that you cannot have both.

But there is a way of doing such inquiries which leads to reform and indeed to healing, by collaboration with the suffering victims of a catastrophe: 36 years ago, after two days of intense and terrifying rioting in Brixton, the Conservative Government set up the  Scarman Inquiry ‘ to inquire urgently into the serious disorder in Brixton on 10-12 April 1981 and to report, with the power to make recommendations’. It was headed by Lord Scarman, a Lord of Appeal in Ordinary and a radical and reformist judge.

The riots had sprung out of terrible relations between the black Brixton population and the police. There was endemic injustice, endemic unemployment and enormous police harassment of young black men. When Lord Scarman was appointed, his tall, graceful, establishment to the core, figure was immediately seen around Brixton. He suffered, initially, from the same lack of trust as does Sir Martin. But he went about overcoming it in an entirely different way. He was deemed to be an Establishment mouthpiece. He proved to be anything but.

Intelligent, forensic, a lawyer’s lawyer, Scarman was all that. But he was also profoundly sure that the law exists for the people and they have to be part of the process of truth finding. Round and round Brixton he went; cafes, clubs, schools, pubs, talking and listening and exuding sympathy and interest. Gradually he won trust; gradually people realised he was on their side and would promote their experiences into a report which would change their and other lives.

He recognised racial discrimination as one of the main factors behind the riots and urged positive discrimination. He tackled the events of the two days, but also and more importantly, the causes and the history of the area, and of the wider country, which led to the eruption. Police conduct was changed by law because of his report. He was a wonderful man.

And he still gives pointers, if the Government were minded to study history, of how the Grenfell Inquiry could be both wide ranging and technically meticulous, and how the victims could be respected, healed and authors of a better future for all of us.