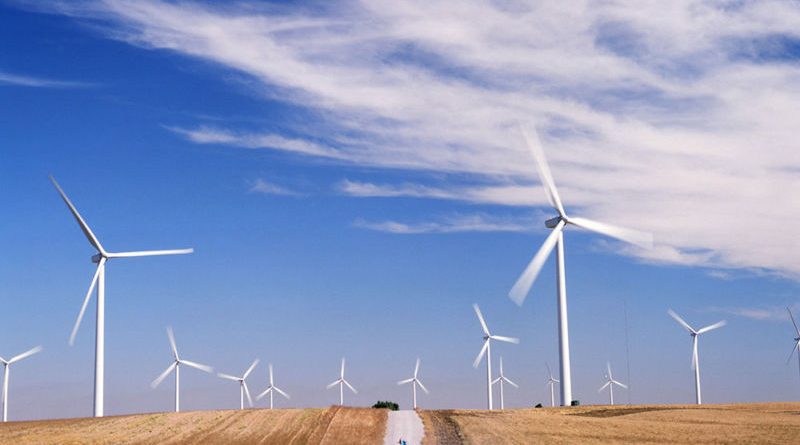 Bill McGuire is a leading global authority on climate and geophysical hazards and a Professor Emeritus at UCL. Today, in the wake of President Donald Trump taking the United States out of the Paris climate agreement, he begins regular contributions to the New Weather Institute on the state of the environment.

It was only towards the end of the BBC party leaders election debate that the issue of climate change hove into view; its appearance launched not by a worried politician but by a concerned member of the audience. Even before going to the debaters for their answers, the tone was set by the moderator, who pleaded that they be brief in their responses; the implication being that they needed to get on to more important topics. This is a staggering, but sadly not surprising, indictment of the manner in which the greatest threat to our race and our planet is still regarded by far too many in both the political and media arenas. Like it or not, instead of constantly focusing minds, informing and guiding policy and topping the news agenda, climate change remains an issue to which most politicians pay lip service, and that only makes the headlines when there is no other ‘more pressing’ news. What, you might rightly think, could be more pressing than our children’s future and the survival of the temperate world that has allowed our race to blossom since the retreat of the ice sheets more than 10,000 years ago?

The question the audience member raised last night had its roots in the announcement that served to make a bleak outlook even bleaker, President Trump pulling the United States – the world’s second biggest polluter – out of the Paris Climate Accord. Adopted by close to 200 countries in 2015, this agreement is intended to curb planet-wide greenhouse gas emissions so as to circumvent so-called dangerous climate change. Many, if not most, climate scientists are rightly skeptical of the primary goal of the accord, which is slated as seeking to hold the global average temperature rise (compared to pre-industrial times) to ‘well below 2°C’. This figure is flagged, somewhat arbitrarily, as the guardrail beyond which climate change becomes severe and all-pervasive. The problem is, we are already at more than 1.2°C with 2017 set to be another year of record-breaking heat. Now, with the US seemingly out of the picture, the worry is that other signatories to the accord will either follow suit or, at best, be reluctant or slow to realise their emissions reduction obligations. China and Europe have been quick to announce their continuing commitment to honour the terms of the agreement, but it is difficult to avoid the conclusion that, with time fast running out, our chances of avoiding catastrophic climate change are now pretty much dead in the water.

Meanwhile, we continue to add more than 32 billion tonnes of carbon dioxide every year to the ever thickening insulating blanket that encloses out world. Thanks to human activities, our atmosphere is now more carbon-rich than at any time in the last 15 million years or perhaps, arguably, the last 55 million years. It is a sobering thought that this was a time when palm trees flourished in Siberia, crocodiles basked in the warm waters of the Arctic Ocean, and sea levels were high enough to swamp all of the world’s coastal cities. The polar ice sheets are collapsing under the combined onslaught of balmier air and warmer oceans, and the day that Trump turns his back on making our world safe for our children, scientists announced that a chunk of ice one third the size of Wales is about to break off the Antarctic’s Larsen-C ice shelf. No Hollywood disaster movie this time, but harsh reality.

Yet still, climate change is held by far to many of the great and the good; the decision-makers; the commentators; as something of the future rather than the now. Even as the ice sheets fail, sea levels rise and extreme weather takes an ever increasing toll, it remains something that is less than urgent; something we have all the time in the world to tackle. My worry is that, for many, the same inertia applies to finding a solution. Too often we hear that technology will sort things out, that ‘the market’ will be our saviour. By the time we discover that this is not the case, I suspect we will be battling on two fronts; one to try and limit the – by then – awful consequences of catastrophic climate change and the other to slash greenhouse gas emissions on a time-scale so desperately short that it will impinge perniciously upon the lives and livelihoods of all.

Returning to the BBC debate, the response of our political leaders to Trump’s grim announcement was that it was ‘disappointing’. In short, the sort of slightly annoyed feeling you might get if someone turned down an invitation to your party. But this isn’t a party no-show we’re talking about here, it is the future of our society and our world. For God’s sake politicians, get a grip, before it’s too late!

Bill McGuire is Professor Emeritus of Geophysical and Climate Hazards at UCL. His current book is Waking the Giant: How a Changing Climate Triggers Earthquakes, Tsunamis and Volcanoes.