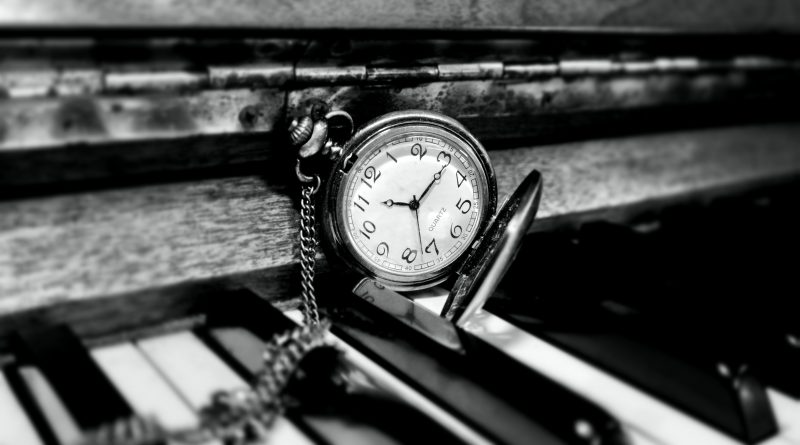 Carbon dioxide in the atmosphere just rose by record levels for the second consecutive year. Camilla Munkedal writes about an artistic innovation trying to bring the reality of climatic upheaval to new audiences

It began in near darkness, the only light in the lecture theatre coming from a few Solar Aid lamps by a piano. Then the words, ‘We are the crew of a large-ish spaceship for 9 billion’ resounded from the stage. Lola Perrin’s ninth piano suite “Significantus” began. Unsettling, eerie chords unfolded, filling the room. And, the message was clear: disturbing forces have been unleashed on planet Earth.

Journeying, literally, on that spaceship, we then embarked on a 20-minute musical exploration through the darkness with pieces being introduced with titles such as “Collective compulsion” and “Do not disturb, sleepwalk in process”. Following the music, a talk by Andrew Simms brought a powerful manifesto about the urgency of waking up from our sleepwalk of climate inaction. Perrin ended with a final burst of piano still in the darkness: “Imagine Better, Create”.

The event ‘Significantus: A Keyboard Conversation about Climate Change’ at SOAS, University of London, part of Perrin’s ongoing tour accompanied by talk’s from climate experts, appealed first and foremost to our senses. The music took many shapes and forms, first unsettling and disorienting, later euphonic and soothing. The title of each piece reminded that the performance was, of course, political in nature. As with any musical performance that offers impressions, we were compelled to then shape our own understanding of the pieces and their messages.

Perception rather than reasoning was the focal point of Significantus. Approaches like this need a more prominent role in raising awareness about climate change, because global warming is an issue weighted by uncertainty. The uncertainty has nothing to do with the existence of climate change – the scientific consensus is overwhelming – but relates to the way in which we think of and respond to climatic upheaval. In the question and answer session following the ‘Keyboard Conversation,’ the audience’s uncertainties included questions, for example, as to whether real climate action is possible within a capitalist framework, and whether we should focus climate action on our own or other parts of the world. Answers to such questions resound with the inevitable uncertainties of how we come together across social, economic, ideological, and cultural boundaries to address them.

But uncertainty must not deter us in taking all means possible to reverse greenhouse gas emissions: seeking renewable energy, protecting wildlife, and limiting mass-consumption. It must not discourage us from spreading the message that climate change will affect every person on the planet (some much more than others), and part of the communication surrounding it should therefore try to appeal to universal ways of making sense of the world. Art has always been a means to such ends, and Lola Perrin’s performance of ‘Significantus’ demonstrates the importance of art as a legitimate and necessary means of communicating the urgency of climate action. In Perrin’s own words, ‘if the conversation needs to be everywhere, that includes concert spaces’. Building on the idea of ‘Keyboard Conversations’ she has convened the ClimateKeys initiative featuring 195 piano concerts during the next round of UN climate talks in November 2017. Such artistic action is growing in force, other examples being the proposal of the “Forces of Nature II” sculpture on Trafalgar Square and from the presence of the art world at the recent “Bridges not Walls” event. It is also seen from new artistic forms using nature as their canvas to show the fragility of Earth.

Accepting art as a force in motivating climate action is part of recognizing the need for engaging all parts of society and using all means possible to address climate change. Some, for example, are asking whether litigation can be used to hold governments accountable for insufficient climate action, as in the Dutch Urgenda Climate Case. We should consider Norway’s “polluter-pays” tax policy on cars and ask whether we could implement something similarly comprehensive in our own countries. And we should re-examine the ways in which we take measure of our societies; do we continue to narrowly focus on GDP growth or should we look to other measures such as wellbeing?

Equally important to policymaking, is fostering motivation among citizens; in schools, households and workplaces. We should all begin to openly question the necessity of economic growth and if this is what truly brings us happiness. Art, with its appeal to our senses, has the potential of bringing about such reflection; it enables us to look inward and it triggers subjective knowledge that forms a crucial part in the decisions we make in our everyday lives. Alongside objective facts of how greenhouse gasses are changing temperatures, ocean currents, ecosystems, and human societies, subjectivity is a crucial factor in motivating each one of us to make changes in our lives. Such change is what ultimately determines how mankind responds to climate change.

Camilla Munkedal is a first year BA Chinese and Economics student at SOAS, University of London. In collaboration with societies and departments at SOAS she is convening the “Climate Perspectives” seminar series taking place at SOAS in February-March 2017, which will address climate change from the perspectives of politics, development, law, economics, and individual action.

‘Significantus’ – a “Keyboard Conversation” was performed at SOAS on January 26th 2017: