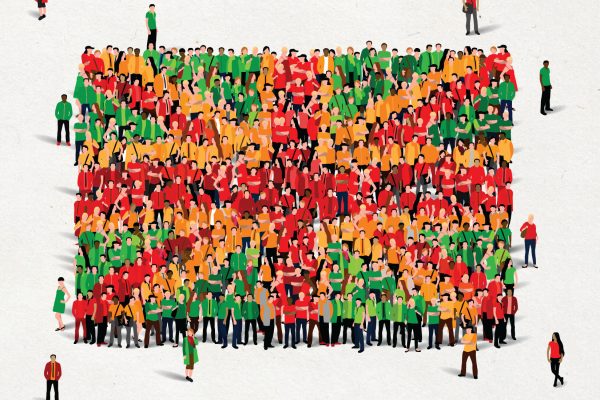 China and America’s joint commitment to ratify the Paris Climate Accord comes at a time when the UK’s own climate and energy policies appear at best in disarray, and worst at odds.

Imagine you’re stuck in a burning building. Stay and you perish, but the complexity of the building means that to physically escape you have to work with the others also trapped. If everyone does their own thing, many valiant efforts will be made, but ultimately you’ll all be doomed.

Tackling climate change is fundamentally a challenge of first accepting that action sufficient to prevent irreversible warming is non-negotiable – you need to get out of the burning building, and then of solidarity and cooperation – you need to make the escape plan happen together.

On the first point, of the main, broadly progressive UK political parties in Westminster, only the Green Party has climate targets roughly in line with what climate science says is needed.  On the second point, solidarity and cooperation within parties is proving hard enough to achieve after the vote for the UK to leave the EU, let alone presenting the electorate with an undivided progressive choice in elections. Yet, as difficult as this seems, a clear mandate is necessary for sufficient and clear climate action at the national level.

Post-Brexit we can expect little of the Government which triggered the referendum. The great irony of the lobby to leave which railed against the red tape of Brussels, is that it has triggered probably Britain’s biggest ever open-ended, bureaucratic exercise. Forty years’ worth of legislation and cross border agreements need rewriting in a more complicated, multi-polar world. Not only will this distract, decisively, from achieving much else, international treaty negotiation will be dictated by the old economics of competition and division.

But the overwhelming need to create a politics and economics of mutual support, shared benefit and cooperation around progressive aims has not gone unnoticed. New alliances are being tentatively explored. What they share, is a notion that to reverse inequality, live in balance with the biosphere and promote human well-being, we must be prepared, boldly to reimagine much of life in Britain. Re-established as leader of the Green Party, Caroline Lucas has joined with Lisa Nandy, Labour’s former shadow spokesperson on energy and climate change, and liberal democrats including the current leader, Tim Farron, to launch an initiative for greater direct political cooperation, called for in a new book, The Alternative: Towards a New Progressive Politics. The title echoes the name of the mould breaking new political party in Denmark of the same name, The Alternative, set up in 2013 to be a fresh, collaborative and progressive voice and change the divisive tone of domestic politics. Writing in the book, Uffe Elbæk, its party leader, compares the emergence of The Alternative to Syriza and Podemos as a reaction to a failure of the political system so serious that it leaves democracy itself under threat. But, far from strident, their response is to advocate for new, shared values that are the inverse of the emergent chest-beating and fearful nationalism threatening international cooperation on everything including climate change. They speak instead of political mobilisation based on humility, empathy, courage, generosity and even humour.

The scope and ambition of contributors to the UK initiative addresses the appetite and mechanics for cooperation; a foreign policy for progressives to convey that there is ‘no such place as ‘abroad’; the reinvention of public services and how we will live in the future in terms of housing and transport; and how even to talk about this new politics in such a way that people will listen.

In a chapter on re-imagining Britain’s approach to the environment, I argue that from government to anti-austerity groups in opposition, there is a kind of denial about the full economic implications of preventing irreversible climatic upheaval. The clamour for a return to growth whether on the right or among progressives on the left inevitably results in a kind of business as usual consumerism.

In terms of alternative economic visions among progressive circles, if any are discernible they tend toward the vague promise of ‘fully automated luxury communism’ – a world in which technology and redistribution deliver lives of leisure and plenty.

But not only does this founder on broken planetary, environmental boundaries, it also contains a kind of impoverished digital disengagement with the real, material world. The alternative is a green, circular and genuinely share economy of ‘better not more.’ In this, re-skilled and reconnected, rather than passive, disposable consumerism, we take back more control of our lives making, mending, re-using and sharing more of the things we need. Not only does this bring greater independence, well-being, cost and resource savings, but it draws on long-standing working class traditions of self and mutual help that let people and communities flourish in tough economic times. The cultivation of new skills and craft also counter the alienation of much modern work. A new more plural, progressive politics, capable of supporting the changes needed to prevent climate disaster, itself needs a new economic model, judged not by how quickly it grows, but by how well it allows us all to thrive within planetary environmental boundaries.

This article first appeared at www.theguardian.com